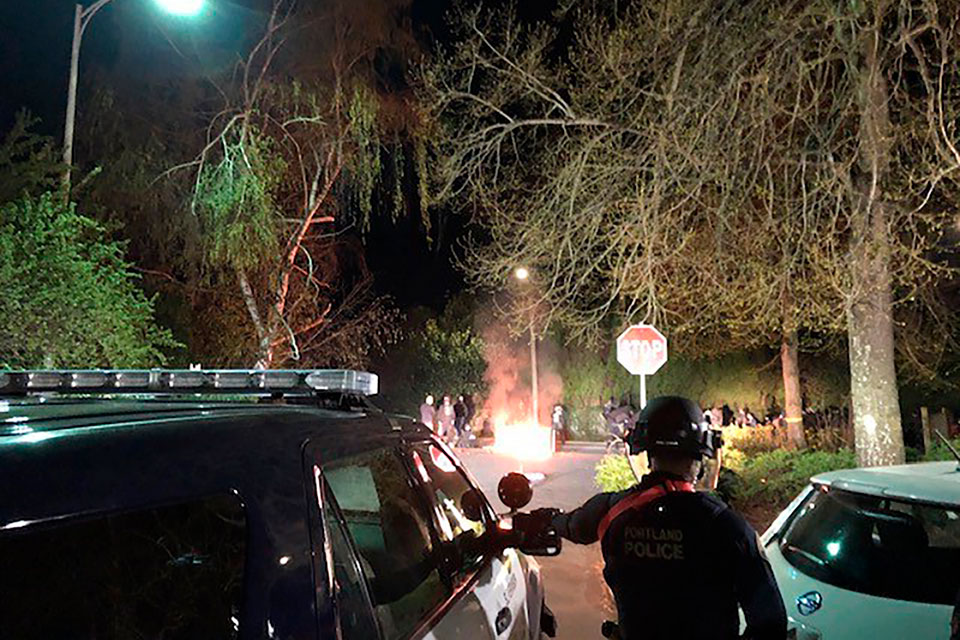 PORTLAND (AP) — Portland police said a demonstration protesting the police killing of a Black man in Minnesota turned into a riot Monday night, with some in the crowd throwing rocks and other projectiles at officers.

Police said at least 200 people gathered around 8:30 p.m. at the Penumbra Kelly Building, which houses an office for the Multnomah County Sheriff and Portland police.

Police said the crowd became more aggressive as the night progressed and began throwing glass bottles, frozen water bottles, rocks and fireworks toward officers and the building. Some in the crowd also attempted to light a dumpster on fire.

Police said they issued verbal warnings to the crowd but around 10:30 p.m. police declared the gathering as a riot and bull-rushed protestors, knocking them to the ground and macing them, news outlets reported.

After officers pushed the crowd back, police said they “purposely disengaged” from the crowd “to allow people to begin acting lawfully and peacefully."

It's unclear whether any arrests were made.

The evening began at a vigil for 20-year-old Daunte Wright who was killed by a Brooklyn Center police officer in the Minneapolis suburb on Sunday during a traffic stop. Brooklyn Center Police Chief Tim Gannon described the shooting death as “an accidental discharge.”