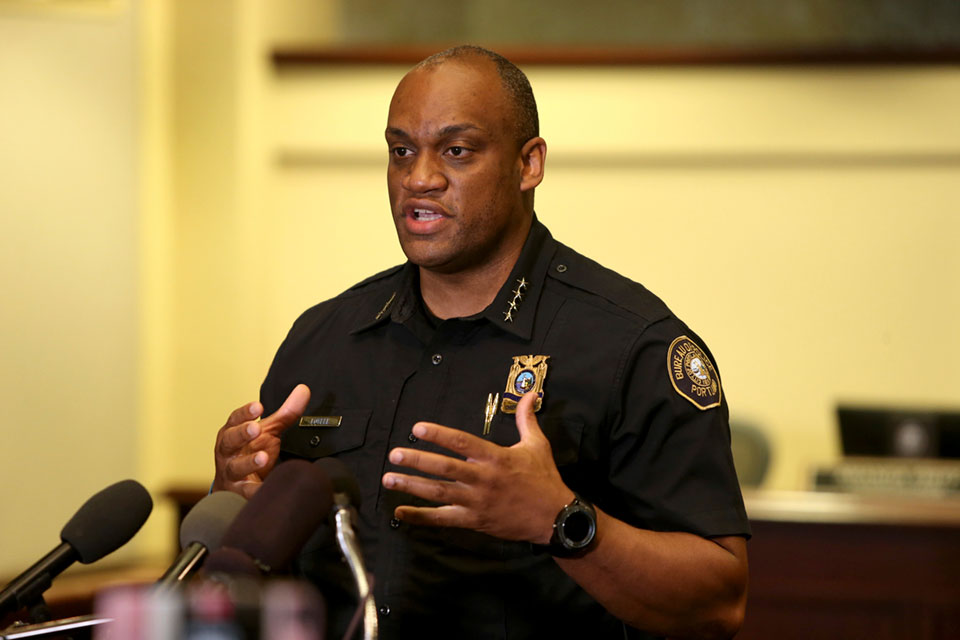 Portland Mayor Ted Wheeler and city commissioners have reached a deal on proposals intended to stem a spike in gun violence over the past year.

The compromise, approved Wednesday, would re-establish a proactive team of uniformed police officers tasked with preventing shootings. The team would operate with greater civilian oversight than its disbanded predecessor.

The move represents an about-face after city leaders in June voted to cut nearly $16 million from the police budget, reductions that included the elimination of the gun violence unit.

The cuts came amid racial justice protests following the police killing of George Floyd in Minneapolis.

Under the $6 million deal, the council would also provide millions of dollars to community organizations for anti-violence work and authorize the hiring of two dozen unarmed park rangers, as a trio of commissioners proposed last week, according to the proposals.

"We agree that the immediate spike in gun violence is a public health threat that requires a public health response that invests in community-based organizations working to change the conditions and environments that foster violence," Wheeler and all four commissioners said in a statement Tuesday evening.

Police Chief Chuck Lovell said Wednesday it was a "complex issue" and he welcomed any plans that would successfully reduce gun violence in Portland - but he added that staffing issues have hit a crisis point in the police force.

The bureau is down to 818 sworn members, including 563 officers, and has 98 vacancies. Another 88 sworn members are eligible for retirement by the middle of 2022 and the agency has lost 120 members to retirements and resignations since last summer, he said.

"We'll have to look at and see where there are some officers we can pull back to patrol for this new gun violence effort," Lovell said at a news conference Wednesday.

"We're to the point now staffing-wise where being able to do this means greatly impacting our ability to do something else."

There have been at least 284 shootings this year that have left 91 people injured, Lt. Greg Pashley, a Portland police spokesperson, said Tuesday. Firearms have caused 18 of the city's 25 homicides since Jan. 1.

Statistically, the city is on track to experience 100 homicides if the pace does not slow in the remainder of the year.

Portland recorded 55 homicides in 2020, the highest number in 26 years. Forty-one were fatal shootings, with people of color representing more than half of victims, police statistics show.