Trump Fumes as Protesters Stake Out Festive Zone in Seattle 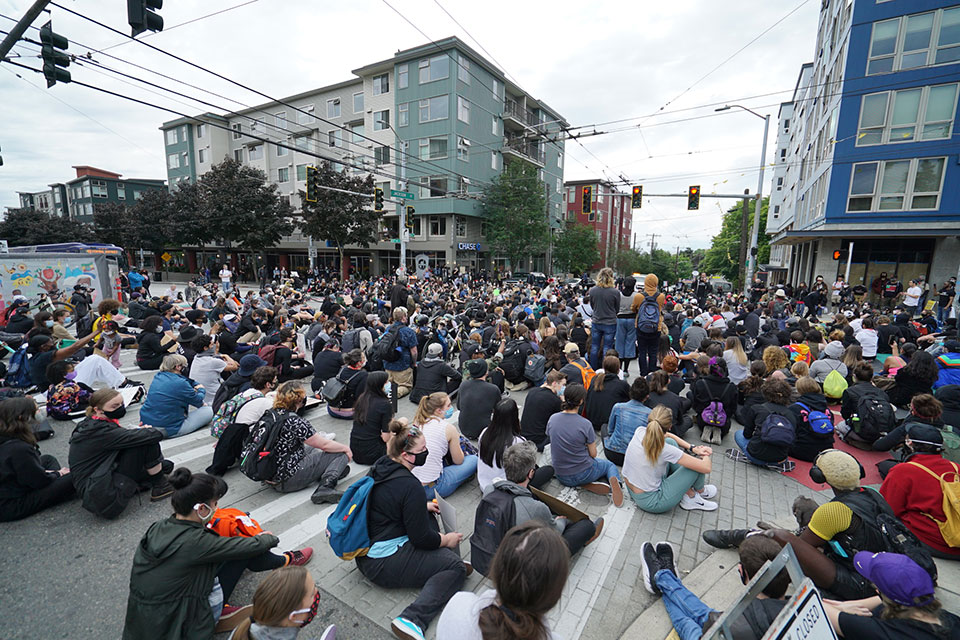 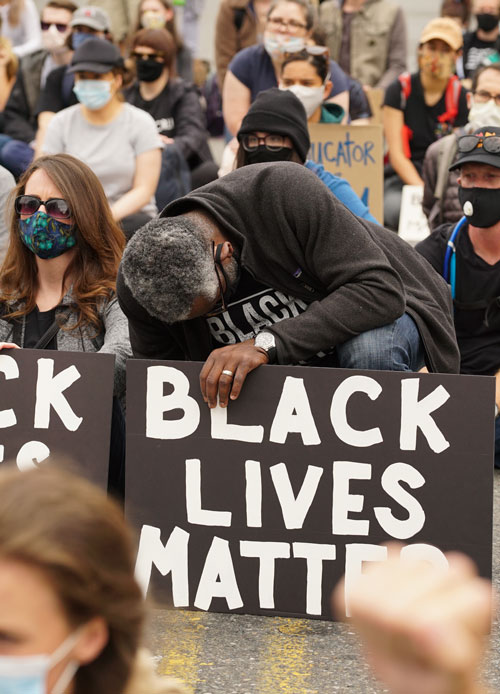 Protesters participate in over 8 minutes of silence, during a Rally and Teach-In for George Floyd, Friday, June 5 at 23rd and Jackson in the Central District, Seattle. (photo by Susan Fried)SEATTLE (AP) — Following days of violent confrontations with protesters, police in Seattle have largely withdrawn from a neighborhood that protesters have transformed into a festival-like scene that has President Donald Trump fuming.

Trump taunted Gov. Jay Inslee and Mayor Jenny Durkan about the situation on Twitter and said the city had been taken over by “anarchists."

“Take back your city NOW. If you don’t do it, I will,” Trump tweeted.

The “Capitol Hill Autonomous Zone” sprung up after police on Monday removed barricades near the East Precinct and basically abandoned the structure after officers used tear gas, pepper spray and flash bangs over the weekend to disperse demonstrators they said were assaulting them with projectiles.

The president has sparred before with Inslee and Durkan — both liberal Democrats. Inslee previously sought his party's presidential nomination.

Inslee tweeted Thursday that state officials will not allow threats of military violence from the White House.

“The U.S. military serves to protect Americans, not the fragility of an insecure president,” he tweeted.

The zone set up by protesters stretches across several blocks on Capitol Hill, where dozens of people show up to listen to speakers calling for police reform, racial justice and compensation for Native groups on whose land the city of Seattle was founded.

Signs proclaim “You are entering free Capitol Hill” and “No cop co-op” along sidewalks where people sell water and other wares.

“From what I’ve gathered, we’re trying to take our community back so we can live without a massive police force patrolling the streets,” Michael Taylor told The Seattle Times.

Over the weekend, police were sharply criticized by City Council members and other elected leaders. Since officers dialed back their tactics, the demonstrations have largely been peaceful.

Police officials say they are looking to reopen the precinct. At a news conference Wednesday, Assistant Chief Deanna Nollette said the barriers were removed from the front of the building after it became a flashpoint between officers and protesters. 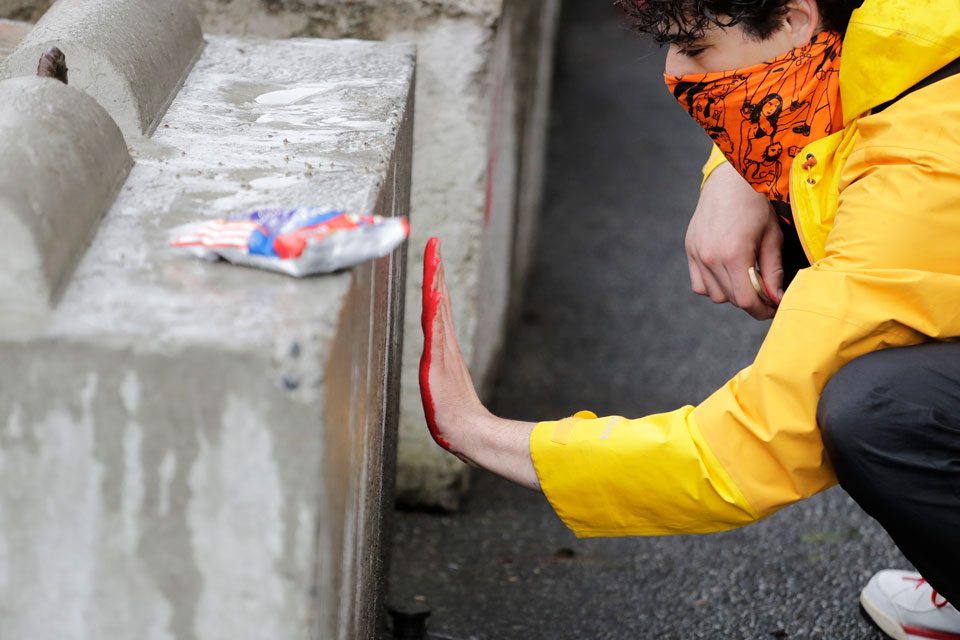 A man leaves a red paint handprint on a barricade near a closed Seattle police precinct Tuesday, June 9, 2020, in Seattle, following protests over the death of George Floyd. Floyd, a black man died after being restrained by Minneapolis police officers on May 25. Under pressure from city councilors, protesters and dozens of other elected leaders who have demanded that officers dial back their tactics, the police department on Monday removed barricades near its East Precinct building in the Capitol Hill neighborhood, where protesters and riot squads had faced off nightly. Protesters were allowed to march and demonstrate in front of the building, and the night remained peaceful. (AP Photo/Elaine Thompson)Nollette said the precinct has been boarded up because of credible threats that it would be vandalized or burned. She offered no details about the threats and no fires have been reported at the site.

She said protesters have set up their own barricades, which are intimidating some residents.

“We are dedicated to working with peaceful protesters on a way to move forward,” Nollette said.

Protesters have said they want to see the precinct turned into a community center or used for purposes other than law enforcement.

City Councilwoman Kshama Sawant on Thursday disputed accounts of violence or intimidation by protesters within the area on Capitol Hill and said it was more like a street fair with political discussions and a drum circle.

"The right wing has been spreading rumors that there is some sort of lawlessness and crime taking place at the Capitol Hill Autonomous Zone, but it is exactly the opposite of that,” said Sawant, a socialist and a critic of Durkan and the police.

Sawant said she wants the precinct to be "converted into a public resource that will actually be helpful to society.”