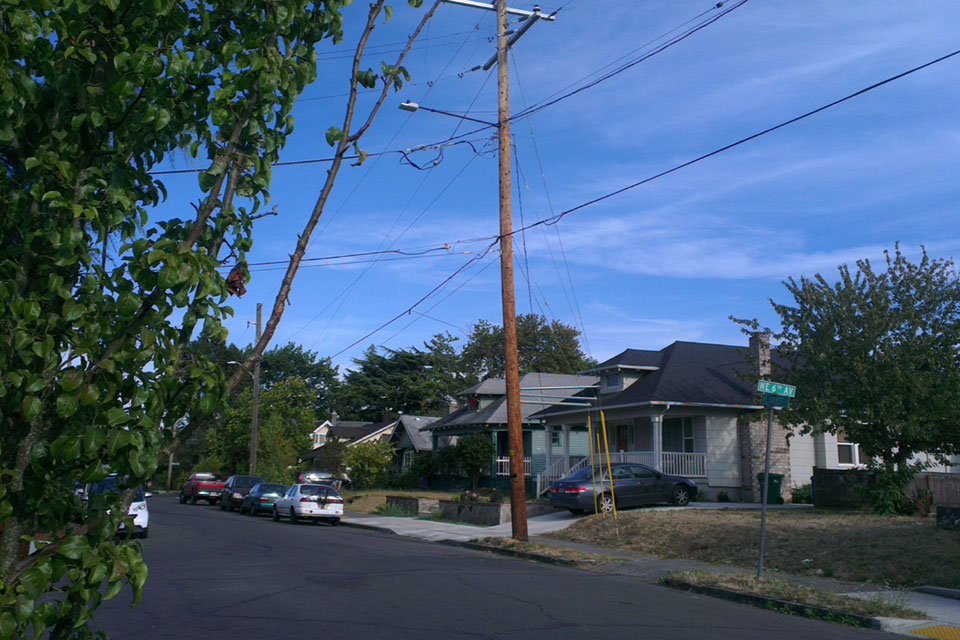 Efforts to de-emphasize the influence of Portland’s 95 formally recognized neighborhood associations may be given an extended timeline, under a resolution introduced last week.

Commissioner Chloe Eudaly proposed creating a workgroup of city bureau representatives to further explore how to support civic engagement among Portland’s marginalized and under-represented residents. The new timeline would include another cycle of recommendations and community feedback, extending the process to 2023.

“We are not changing the code with this action,” Eudaly said.

“The resolution we’re presenting today provides a pathway forward while maintaining our commitment for a more inclusive and equitable future.”

The City Council’s Nov. 14 evening session was held at Self Enhancement, Inc. in order to accommodate the more than 60 members of the public who had signed up to give testimony. It is the latest chapter of what has proved to be a contentious process, with a number of community organizations supporting the removal of any mention of neighborhood associations from the 1974 code, and pushing for a more inclusive process of civic engagement. City officials point to a 2016 audit by the Office of Neighborhood Involvement that found renters, low-income residents, and residents of color were underrepresented in neighborhood associations across the city. Members of many neighborhood associations, meanwhile, are against what they see as a delegitimization of their groups, arguing that such associations are essential for place-based representation in a city served by an at-large council.

The meeting began with invited testimony from a number of groups, including SEI, Portland Metro People’s Coalition, Oregon Food Bank, and the Disability Art and Culture Project. Many, like Moira Bowman of the Oregon Food Bank, characterized the proposed code change as an important step in battling systemic racism and inequality.

“It should not come as a shock that food insecurity rates are much higher for communities that have been historically excluded from Portland civic life, particularly communities of color and immigrant and refugee communities,” Bowman, director of advocacy and organizing at the Oregon Food Bank, said. “The current code is one way in which our communities have been excluded by limiting access to civic processes and resources to groups that have not been representative of people struggling with economic insecurity and systemic racism.”

“It describes an inclusive city, an equitable city, a city where we all benefit from a robust and inclusive democracy,” she said.

“It shows that the Office of Community & Civic Life are listening to some degree,” Kymberly Jeka, chair of the Humboldt Neighborhood Association, told The Skanner. “They’ve granted a three-year extension, and some neighborhood associations are pushing for a five-year extension. Five years with no changes might stifle opportunities for growth for the Northeast Coalition of Neighborhoods,” an umbrella group that includes her neighborhood association, “but three years is necessary for the transition.”

Jeka added, “The Humboldt Neighborhood Association would be thrilled to see more inclusive groups at the table on the neighborhood front, especially if they have a say in what City Council does that affects not just the neighborhoods, but the city as a whole.”

But Amy Wilson, chair of the King Neighborhood Association, felt Eudaly’s proposal was a political stunt meant to buy her time to gain the support of her fellow commissioners.

She also felt the code change process had been “demonizing” of neighborhood associations.

Wilson said her association represents an area of the city hit hard by redlining and racial injustice, and that while remaining residents of color seemed largely let down and distrusting of city-level decision-making, the neighborhood association served as an on-the-ground advocate for them, often pushing back against what it viewed as harmful projects, like the proposed Lloyd to Woodlawn neighborhood greenway.

“They are trying to put a greenway through an area where most of the residents are African American and low-income,” Wilson said. “A greenway is one thing, share the road, we’re super happy with that. But what they want to do is put diverters that block access in and out. All the neighbors, that’s their access when they need to go to the grocery store or church. These are not wealthy people, these are Black people who somehow managed not to get displaced.

"If you don’t go into the neighborhoods where these decisions are actively impacting people, you are not doing the work.”

Wilson said that in knocking on doors and speaking with neighbors, she found that few were aware of the proposed traffic diverters. Her association assembled an organized pushback at Portland Bureau of Transportation meetings.

Wilson said that while she had no doubt some neighborhood associations are comprised by older White affluent members, many groups did important advocacy for their diverse neighbors.

“But to just then try to eradicate the entire system where there are neighborhoods like ours that are fighting so hard -- it doesn’t make any sense.

"It feels very wrong, and it makes the work we do so much harder,” she said.

The city council will continue discussion of the proposed resolution at a future meeting, with the 35 people who signed up to testify being given priority during public comment.

Eudaly said the council would vote on the proposed resolution by mid-December.

“I wish that this was not as divisive as it has turned into,” Commissioner Jo Ann Hardesty said at the close of the meeting.

“It would be good to be thinking about how we build power for all people to hear their voice heard, rather than talking about whether or not somebody loses if somebody else gets power.”

She added, “I am looking for a solution that doesn’t disvalue any part of our community. It is my hope that whatever process we move forward will be a process that we can have neighborhood associations and people who represent community of color at the same table saying that they support the effort. I will not support anything that divides our community more. We have enough of that at the national level. We certainly don’t need to be doing that at the local level.”