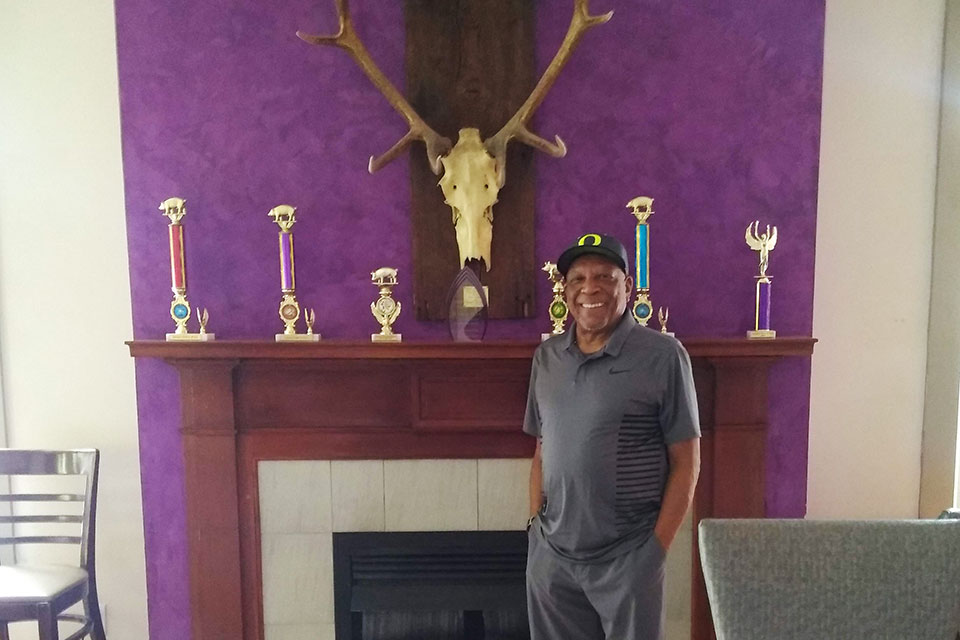 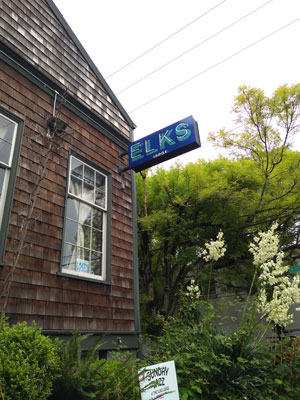 The Billy Webb Elks Lodge building was built in 1926 and has been owned by the Elks since 1959.A decade after $2 million in renovations breathed new life into the Billy Webb Elks Lodge, members are working to designate the headquarters of Portland’s only remaining African American Fraternal Organization as a historic landmark.

“It means they can’t arbitrarily come in and tear this building down,” Louis McLemore, president of the Billy Webb Elks Lodge, told The Skanner. “It’s a little more prestige. It opens us up to other areas to get more grants.”

McLemore estimates that between maintenance, general overhead, and insurance premiums, it costs $100,000 a year to keep the lodge at 6 N. Tillamook St. off Williams Avenue open and operational. He is optimistic that grant money available to historic landmarks at the local, state and federal level would offset the financial burden to the lodge.

Rising costs in a rapidly gentrifying neighborhood, coupled with steadily declining membership, have created a budget shortfall for the Elks.

“Our membership has dwindled so much that we can’t maintain the building ourselves through our dues,” McLemore said.

While most fraternal organizations around the country have seen their member registries shrink by about half in the past few decades, the problem is even more pronounced in Portland. McLemore said that the lodge currently has 30 members, down from its peak membership of 150.

With gentrification here, most of the Black community has moved out

“With gentrification here, most of the Black community has moved out,” McLemore said. “That’s what supported this place in the first place. And now they’re further out, so those kids can’t come in and know what this is all about because the parents can’t bring them in all the time. And it makes it really difficult to attract young adults and kids.”

Built in 1926, the 3,500-square-foot Billy Webb Elks Lodge building first housed the Williams Avenue branch of the YWCA. In the 33 years of the Y’s operation at the site, the facility hosted meetings and gatherings for both the NAACP and the Oregon Federation of Club Women, and during WWII, served as a USO Center for African American soldiers and their families. The venue was used by both the Red Cross and the Salvation Army to provide refuge in the aftermath of the Vanport Flood in 1948, and was acquired by the Elks Lodge #1050 in 1959. The hall was christened in honor of popular band leader Billy Webb, a charter member of the Rose City Elks Lodge who died more than 30 years before his namesake lodge settled at its current location.

The Elks’ headquarters now consists of a bar and lounge, a ballroom that has seen at least 50 weddings in the past decade, and upstairs meeting rooms.

The culture is changing so much that some of our rules are old and antiquated, and we’ve had to adapt to that.

“We have some rituals that we maintain,” McLemore said. “The culture is changing so much that some of our rules are old and antiquated, and we’ve had to adapt to that.”

Currently open four days a week, the lodge has increasingly become a public venue, hosting private events and community classes. McLemore sees this kind of flexibility as key to the lodge’s survival.

“I want this building to be self-sustaining, where we can rent it out and the rent’s paid for -- the upkeep, everything,” he told The Skanner. “But I want to make sure we are in a position where we can still bring in the membership and do our thing, and everybody knows that the Elks is still here. That’s the big challenge.”

To that end, the lodge recently secured a $192,000 grant from Prosper Portland to upgrade its kitchen and transform the lounge into a restaurant and bar.

“It’ll keep us competitive in the neighborhood,” McLemore told The Skanner. “What it really should help us do is be able to keep the lodge maintained as a building, because we can’t maintain it with just the bar we have.”

It’ll keep us competitive in the neighborhood

Brandon Spencer-Hartle, historic resources program manager for the City of Portland, has been working with the organization to secure its building’s historic designation status.

“It is amongst the most significant gathering places and physical spaces of social history, of community organization, of African American fraternal organizations. Both formal and informal advocacy groups have met in that building over a long period of time for political, community, business and civic purposes,” Spencer-Hartle told The Skanner. “If you look at on balance where significant events in Portland took place, this building rises to the level of hugely important in telling these stories.”

“Clearly, places like the Elks Lodge are in the heart and soul of its members,” she told The Skanner. “There has been so much poured into it -- so many weddings, gatherings, so much music -- and it’s such a heart of the community. But it’s struggling and needs support.”

Spencer-Hartle confirmed the Elks are more than two years into the process of nominating their lodge for historic designation, and recently completed a physical inspection of the building in support of their nomination.

“In the case of the lodge, most of the windows and the interior layout are original,” Spencer Hartle said. “There’s enough of the building left from that historic period that it still feels like a historic place.”

He praised the exhaustive work of local historian Raymond Burrell, who researched, compiled, and submitted a more than 100-page account of the building’s history to the city. Burrell described the lodge as “an iconic public destination that echoes early Portland, Oregon's African American history, culture and civil rights activism in the city” that has served as “a beacon and safe space for education, racial and cultural improvements, racial integration and understanding, civil rights, and civil and societal participation.”

“It really is the lodge’s story to tell,” Spencer-Hartle said. “The city is definitely in the backseat, the lodge is in the driver’s seat, and we’re trying to support their efforts in a secondary way.”