TriMet Brings Yellow Line Up To Speed in North Portland 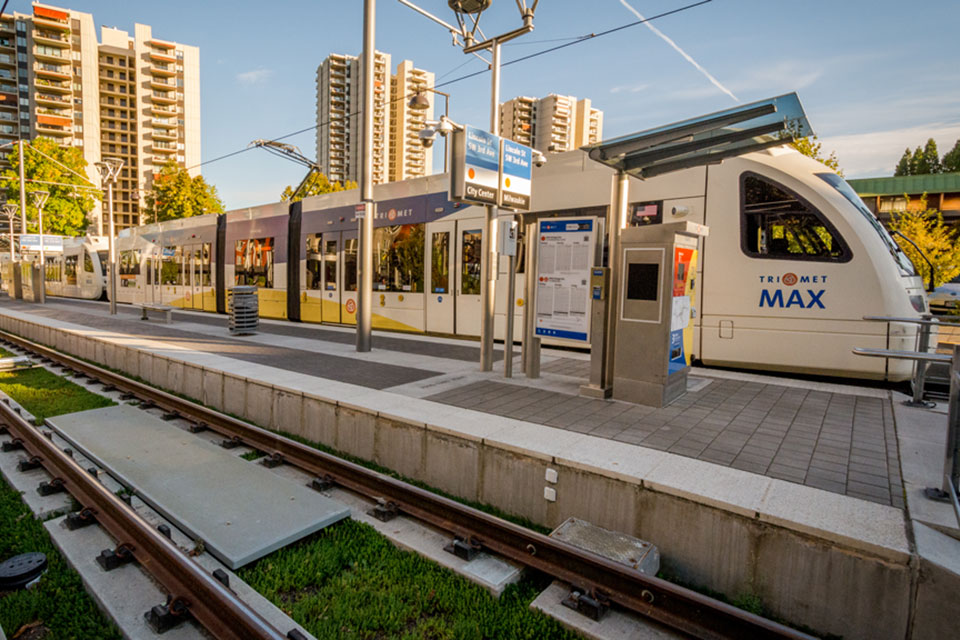 TriMet recently announced the completion of upgrades along the MAX Yellow Line between Interstate-Rose Quarter and the Expo Center. These improvements will keep the line running at normal speeds during instances of extreme heat.

When the MAX max opened in 1986, the light rail system existed as single line -- 15 miles of track with 30 stations between Gresham and downtown Portland. Today, the system has greatly expanded to 60 miles of track along five lines with nearly 100 stations through downtown and outlying areas. This MAX has grown to serve the Portland community as the population has ballooned over the past three decades. However, the system is now facing new challenges posed by rising temperatures in the region and more frequent extreme heat in the years ahead.

"MAX was built to work best in a relatively mild climate, with average temperatures ranging from around 40 to 70. As our summers have heated up, our maintenance crews are taking on Mother Nature," said a TriMet press release published in June.

“The MAX system was built to the average temperature of the region. That’s how light rail systems are built.”

“The MAX system was built to the average temperature of the region. That’s how light rail systems are built,” Trimet spokesperson Roberta Altstadt said.

First, it’s important to understand the MAX power system and rail setup. On the top of MAX trains, there’s a metal arm known as a pantograph used to transfer electricity from the overhead wires to the train’s power system. A series of counterweights keep these wires taut along the lines allowing the pantograph to gently slide along underneath.

Unfortunately, these overhead copper wires are made of copper and as temperatures rise, the material expands. At times, the overhead lines expand so much that the counterweights actually come in contact with the ground, meaning these components are no longer applying the appropriate counterbalance to the overhead wires, resulting in excessive slack. This excess slack can cause damage to the trains. Similarly, the steel rails the trains run along can expand at higher temperatures and occasionally result in bowing along the track known as “sun kinks.”

As part of the Yellow Line upgrades, TriMet replaced the previous generation of counterweights with thinner round weights and also modified the tension equation to keep the overhead wire tight. Additionally, TriMet incorporated “rail tie anchors in kink-prone areas” to keep rails from bowing or shifting.

These Yellow Line upgrades were the latest in a string up improvements to overhaul the entire MAX system. In 2017, the TriMet used the Blue Line and portions of the Red Line outside of downtown to test upgrades that would allow the trains to operate at normal speeds in temperatures above 90 degrees. Once installed, these upgrades were monitored during 2018 before TriMet elected to implement these upgrades along other portions of the rail system. With the latest upgrades, now, the Yellow, Blue, and Red lines can now operate at normal speeds in temperatures up to 100 degrees, per TriMet.

The Green Line between Clackamas Town Center and Gateway Transit Center and the Orange Line between Between SE Park Avenue and Tilikum Crossing are next in line for these improvements. For the time being riders should expect delays during extreme heat on these lines. At the moment Orange and Green Line trains in the sections “must reduce speeds by 10 mph in higher speed areas” at temperatures between 90 degrees and 100 degrees, per TriMet.

Regardless of the recent upgrades, at temperatures of 100 degrees and over, all MAX lines trains are limited to a top speed of 35 miles per hour, with anticipated delays of approximately 30 minutes.

Unfortunately, models forecast more extreme heat for Portland in the decades ahead. According to the findings presented in the Oregon Climate Change Research Institute’s Fourth Oregon Climate Assessment Report: “Oregon is projected to warm by about 4-9˚F by 2100.”

“We’re always looking to improve the system and make our system as reliable and resilient as possible. When there’s outlying factors such as rising temperatures, there may not be anything that we could do, but we’re taking a hard look to see if there is something that we could do,” explains Altstadt.