Good in the Hood Rolls Into 27th Year 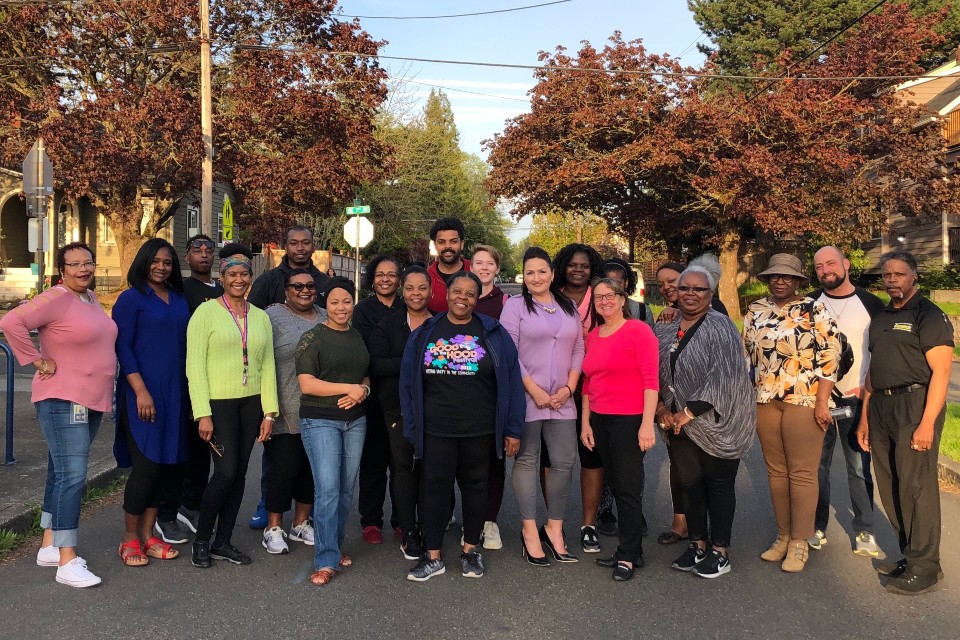 For more than a quarter-century, Portlanders have enjoyed the annual Good in the Hood multicultural festival. Originally organized by a small group of neighbors in 1993, the event quickly flourished, becoming an official Rose Festival-sanctioned event in just three years.

Today, the Good in the Hood festival is intertwined in the community tapestry of not only North and Northeast Portland, but the city of Portland as well. June 21 was proclaimed “Good in the Hood Unity in the Community Day” by Mayor Ted Wheeler in 2017, and that date is the first day of the 2019 festival.

“It’s the largest multicultural festival in the Pacific Northwest, that’s the first thing. The second thing is, it’s free,” said Simone Carter, vice president and co-chair of the Good in the Hood Festival.

It’s the largest multicultural festival in the Pacific Northwest, that’s the first thing. The second thing is, it’s free.

“There’s something for everybody at Good in the Hood,” Carter continued. “It’s an event where you grab your kids, grab your blanket and you get ready to go to a park for a whole weekend and sit back and just have fun.”

“It’s exciting for us to be able to partner with Good in the Hood this year,” said Chariti Montez, a supervisor with Portland Parks & Recreation’s Summer Free For All. “It’s important for us to work with all of our community partners and make sure we are reaching diverse partners and diverse audiences. We want everyone to see themselves in our programming.”

Food booths and the beer and a wine garden will be open during the festivities.

The Good in the Hood Parade, Entertainment and More

On Saturday, a parade begins at N. Williams and N. Russell Streets at 11 a.m. and ends at King Elementary School Park, where vendor tables will open as soon as the parade arrives.

The festival will also showcase local artists from around Portland and the Pacific Northwest. Local drill teams and step teams will take the stage between musical sets, and organizers will also utilize these short gaps to feature local organizations, services and clubs around town.

Good in the Hood will also include entertainment for children as well a dedicated kids’ space sponsored by the Portland Trail Blazers this year. The Blazers are hosting basketball clinics, dance clinics and will give away Rip City merchandise at the festival. The kids’ area will also offer face painting, balloon animals, a rock climbing wall, puppet shows and more.

‘Keeping Unity in the Community’

Each year the festival has a running theme of ‘Keeping Unity in the Community’ and this year is no different. Whether attendees are there to network, learn about local organizations and clubs, or just enjoy good music, the community resource angle drives every component of the festival.

Our mission is unifying communities through music, food and so on, [while also] being a resource for the community as well.

“Our mission is unifying communities through music, food and so on, [while also] being a resource for the community as well,” Carter said.

The sharing of information is central to the Good in the Hood festival, and these community-building initiatives extend well beyond the time and space of the three-day festival.

“The best part, besides the reunion aspect, entertainment and other awesome resources is that all of our proceeds go back into the community towards scholarships for college students to continue their education,” said Amanda Ryan, Good in the Hood graphic design and media specialist and 2018 Good in the Hood scholarship recipient.

The Good in the Hood Scholarships

Black or White, new to town or from the old school, GITH is here for all of Portland to come together with their neighbors as one.

"In an area that has seen so much change over the years, GITH is a powerful reminder that our community is strong and unified and knows how to throw a good party,” said Mischa Webley, communications manager at Northeast Coalition of Neighborhoods. “The festival serves as a bridge between all the communities of North and Northeast, and we value their presence here at the historic King facility. Old or young, Black or White, new to town or from the old school, GITH is here for all of Portland to come together with their neighbors as one."