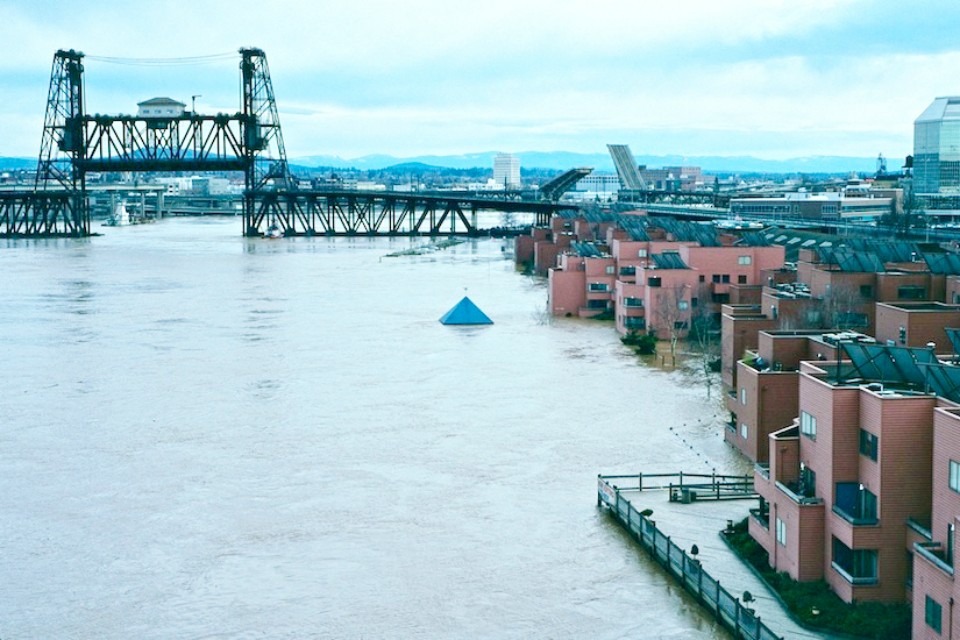 A Portland State University study determined that low-income neighborhoods around Portland are disproportionately affected by flooding and extreme heat – and those risks are only expected to increase as a result of climate change in the coming years. 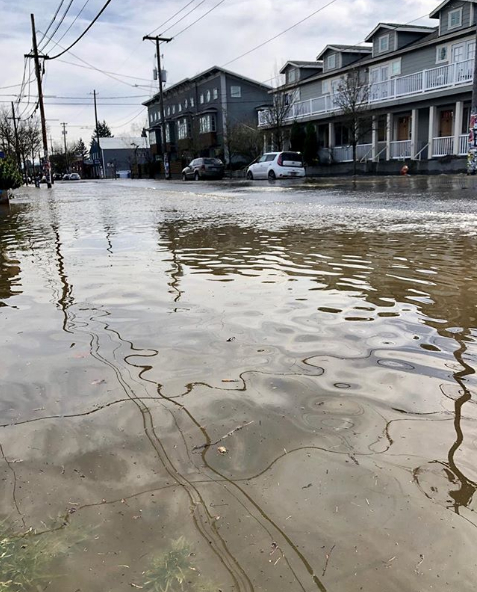 In major cities, as green space is replaced by pavement and buildings, hot spots known as urban heat islands develop. The Urban Heat Island effect can raise temperatures up to 5 degrees Celsius. The PSU study found that the areas with the greatest heat hazards are found in East Portland, North Portland and places situated along major thoroughfares.

These largely paved areas also increase an area’s flood risk as there are fewer plants to absorb accumulating precipitation and hold this water in the soil. The researchers pinpointed “high flood potential areas” along I-205 and in East Portland. The greatest risk of both extreme heat and flooding were found in pockets throughout East Portland, SE Portland, and North Portland.

"Not surprisingly, those poorer, low-lying areas on the eastside along Highway 205 are disproportionately exposed to floods and urban heat islands," said Heejun Chang, a geography professor in PSU's College of Liberal Arts and member of the research team behind the study, in a press release about the study. "Those are the potential target areas where the city needs to pay attention."

Cities around the globe are using creative approaches to minimize flood risks and heat islands including both low- and high-tech solutions.

In Los Angeles, the city painted several streets white to reflect sunlight and minimize heat absorption. Any initiatives designed to address both urban heat islands and flooding is certainly something to consider and green space creation does just that.

"Planting trees or constructing green roofs would both be great ways to minimize the urban heat island and also to slow runoff from intense rainstorms,” said Jillian W. Gregg, a researcher with Oregon State University’s Department of Crop and Soil Science. “Plus, there will be evaporative cooling from the moist soils and transpiration from the foliage that will absorb some of the moisture and also return a portion back to the atmosphere which would help some with the flooding."

Consequently, proximity to green space is an important factor in determining an area’s risk of extreme heat and flooding. But there’s a high correlation between wealth and an individual’s access to canopy coverage in Portland.

“Portland's tree canopy is not distributed evenly throughout the city and is correlated to income," according to a recent Portland Parks & Recreation report

The PSU study concluded that the more affluent neighborhoods in Portland (those situated in the SW, central NE, and in the western hills) had the lowest combined risk of extreme heat and flooding. 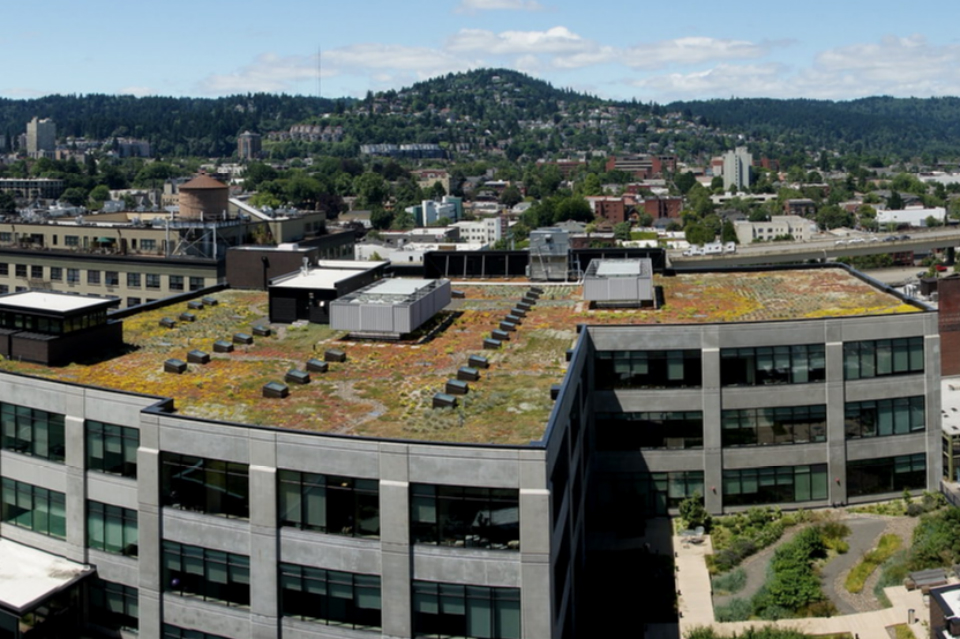 “In places where flooding is already a problem and relocation efforts and climate change adaptation strategies are already underway, the expected 10 percent additional rainfall with the more intense storms will only add to the difficulty of responding to these flooding events,” Gregg told The Skanner.

Portland was awarded the C40 Cities award for its climate action plan and 2016 inventories projects and the city has taken steps to minimize flood risks and also incentivize greenspaces such as green roofing. Programs like the Stormwater Discount Program offer discounts on stormwater management charges and even “tree discounts” through Clean River Rewards for tree canopies covering a minimum square footage.

“I think that the City of Portland has done some of the most sophisticated hydrologic modeling and hope that we could create some decision-relevant information with diverse stakeholder engagement (e.g., residents, industry, developers) in the near future,” Chang told The Skanner. However, Chang said officials could further spur the use of flood-and-heat mitigating solutions around the city.

“In general, planting trees is helpful for reducing both extreme heat and flooding, but in some areas like the commercial and industrial areas in East Portland, green roofs are better suited because they could control storm runoff at a site scale. There are many green roofs around the city, and I think that there is still room for the city to incentivize the spread of green roofs in commercial and industrial buildings,” Chang told The Skanner. “The city could lower sewer or water bills or property tax based on [the percentage of] building area covered by green roofs or other green infrastructure.”

Based on current estimates, the total number of homeowners in Portland may be eclipsed by the total number of renters in the next few years – and for the nearly half of Portlanders who rent, the aforementioned programs geared toward property owners are not applicable.

Currently the city sponsors private-and public-property tree planting programs, with some proposed modifications that could help renters. Right now, all Portland-sponsored right-of-way tree planting programs require the owner of a property to give permission before planting. Portland Parks and Recreation is working on an alternative to this “opt-in” program, allowing the city to give property owners notice of upcoming planting and requiring property owners to opt out. This program is still under development.

In a recent interview, Anthony Bencivengo with Portland Tenants United expressed concern about green investment and the rise of a new type of displacement -- “eco-gentrification.”

We tend to see investments focusing more on green space while the communities who most need it get priced out.

“Unfortunately keeping people housed isn't nearly as profitable to capitalism as remodeling neighborhoods to make them look nicer, so we tend to see investments focusing more on green space while the communities who most need it get priced out,” Bencivengo told The Skanner.

“If flooding does any significant damage to houses and apartment buildings, landlords will take that as an excuse to renovate the buildings, mass-evict vulnerable tenants and dramatically raise prices. Landlords who don't do that may simply never make adequate repairs, forcing tenants to live in substandard housing,” Bencivengo told The Skanner. “Redlining, discrimination and exploding housing prices have forced many immigrants, single parents, elderly tenants, tenants with disabilities and tenants from communities of color into areas with the lowest environmental health and the highest disaster risk.”