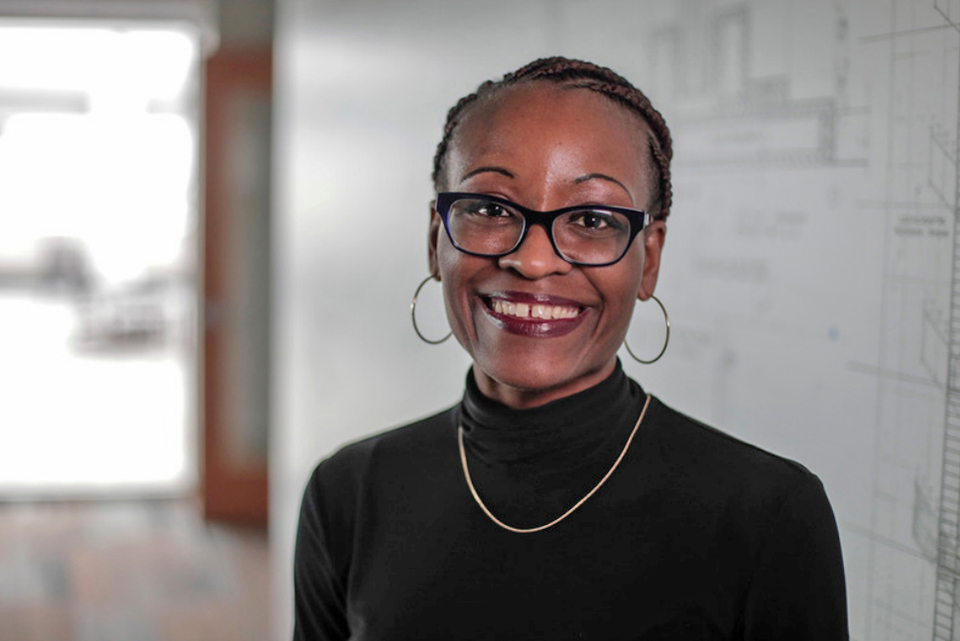 In February, Dr. Markisha Smith became Portland’s new director of the City of Portland Office of Equity and Human Rights.

Dr. Smith came to the city from the Oregon Department of Education, where she had served for six years as director of Equity, Diversity, and Inclusion. Prior to that, Dr. Smith served as a professor and director of undergraduate teacher at Warner Pacific College and Western Oregon University, and as an equity trainer and strategic consultant for Metro and the Camas, Washington school district, among other local contracts. Before she got her PhD, she taught high school in English in Texas.

In her new role, Dr. Smith leads a team of 11 staff; the office’s 2018-19 budget is $1.9 million. The Office of Equity and Human Rights provides education and technical support to city staff and elected officials with the aim of recognizing and removing systemic barriers to just distribution of resources. Last week The Skanner sat down with Dr. Smith to find out how she intends to tackle the job. This interview has been edited for space and clarity.

THE SKANNER NEWS: Tell us a little bit about your background and where you came from and how you came to this work.

MARKISHA SMITH: It’s interesting because I never really thought that I’d be in public service and the government. I taught high school English in Texas and loved that, loved education – loved everything about education and decided to go back to school and work on a doctorate. Then I said, “OK, what do I do with this?” It made sense that I would go into higher ed and so I started down a track of academia and tenure and all of the things that come with that. I had a couple of appointments in Michigan and then moved here and worked at Western Oregon University and Warner Pacific.

All of a sudden they started doing a lot of equity work at the state and in particular the Department of Education. And I had a colleague at the time that was like, “You need to be here, right, and the work that you’ve been doing in equity throughout your career just is a natural sort of path for you.” Because of the bureaucracy of that, I wasn’t 100 percent sure of it. But once I got there and started talking to the folks at the time that were in leadership and really looking for the vision for what this work would be, it made total sense, and it allowed me to sort of take what is both personal and professional to me and really just marry that together. I was at the state for almost six years before taking this position and I’m excited about it.

TSN: What were some of the things that you were able to accomplish at the state?

MS: I came in right when there was this huge amount of funding that had been put into what they call strategic investments -- in particular, strategic investments for students of color and students who have been traditionally continued to be marginalized in the system. I had the privilege to lead efforts specific to those strategic investments. We did a lot of work for English learning, emergent bilingual students at schools through House Bill 3499 [which directed ODE to create a statewide plan for English language learners]. House Bill 2016 is a plan, an African American Student Success plan. That’s work that continues on.

We were able to help with some professional learning for educators in school and also partnering with community-based organizations to really think about how they were doing in classrooms, doing in schools was or was not culturally responsive in taking into account the students and families that they were serving. So that’s work I’m really proud of. It’s work that is continuing, that was long-term investment.

TSN: You’ve been in this position for two months. What has the job been so far?

The other thing that happened or was happening as I stepped in was budget. I really got a sense of where priorities are in the city, and how what our office is doing as we’re starting the work here in our strategic plan here soon, what we do can help support what that looks like in other bureaus, and so just being able to sit and listen and ask questions and be a part of that process was also, really an important orientation for me.

I think the other thing that has been important to me in the last couple of months is really getting to know my team, that we are solid and that we function as a family. It seems sort of touchy feely, but I think it makes sense in the work that we’re doing, and so I want to know who they are and what they’re passionate about, and how can I support that.

TSN: When you’re looking at a bureau’s budget, what are some of the things you look for in terms of looking for equity?

MS: We have a budget equity tool that was developed in place before my time started here. A bureau does their budget, we have our office then assigned to a particular bureau to review that. Then they get that, send that over – folks on my team were able to look at it, I was able to go over it and look at it and make notes. Then they provide some feedback that we then share with the bureau director, and sometimes they’ve been able to tweak and sort of call out more explicitly some of the equity work that’s happening within their bureaus based on that feedback.

MS: We are going to embark on our strategic planning process here in about a month and a half or so. One of the things that based on even during my interview process and just sort of talking with folks was really getting clear about how our office functions internally and externally, and some strong opinions about that only being internal and some strong opinions about that being heavily external.

My thought, moving forward, is that they don’t have to be mutually exclusive. I think that we can do both, and we can do both really well with a clear mission and vision which our strategic plan will get us to. We want to continue to support bureaus and our equity managers that are in those bureaus and the work that they’re doing to provide tools and access to information and resources. We’re obviously going to be thinking about how to expand the professional development that we offer to city employees in conjunction with the Bureau of Human Resources and what they’re doing. That’s one body of work.

We also have to think about how we’re engaging in community. We have the privilege of facilitating some community groups and so we want to hold that dear.

I think there might be room to even think about, what does that look like in expanding the conversation and where are some of the community voices we haven’t heard that haven’t maybe been at the table for a really long time that need to be there, and we need to be intentional about that? And how can we demonstrate to them and hold ourselves accountable for the things that we say that we’re going to follow up on in the community? I think that’s really important.

TSN: What community groups are you engaged with?

MS: So we have our Human Rights Commission, which is made up of a variety of folks. Then we also have a disability commission that is going through a transition. We have our Black Male Achievement. And PCCEP, while technically out of the mayor's office, is another group that we’ve got administrative connection to.

TSN: What do you do when you’re not at work?

MS: (Laughs) What I do when I’m not as work is I have an eight-year-old and a three-year-old, and so much of my time is, as it should be, wrapped up in who they are and birthday parties and etcetera. My daughter runs track – she’s a state champion, by the way, at the tender age of eight.

I’m realizing there are some things that I’m really passionate about that I need to sort of revive in myself. I love art. I’m not good at it but I like looking at it and going to art galleries. I love museums. I rediscovered my love music, on the way to work through Google Play. I love poetry, and I actually write poetry. That’s something I’ve forgotten. It sort of got buried down in the middle of everything, so things are sort of coming back for me. And that’s exciting. And I want to really have some opportunity to do some volunteering. That’s a thing that I, pre-child, was able to do with more nimbleness. So the next time you talk to me, I’ll be able to tell you specifically one of these that I’m doing for self-care outside of this.