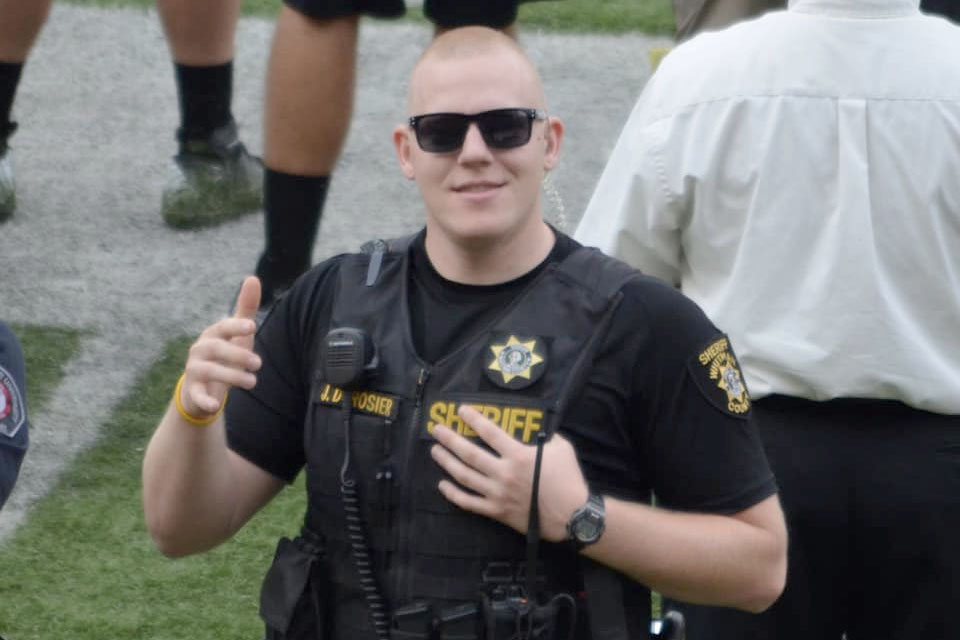 KALAMA, Wash. (AP) — Two police officers fatally shot the suspect in the killing of a Washington state sheriff's deputy after the man was seen running out of the woods with a firearm, ending a nearly daylong search, authorities said.

It wasn't immediately known whether the suspect, who hasn't been identified, fired at the officers, Cowlitz County Sheriff Brad Thurman said late Sunday.

DeRoisier was killed while examining a motorhome that was blocking a road in the southwest Washington town of Kalama. He had reported over police radio that someone was shooting at him.

The Clark County Major Crimes Unit and several other agencies are investigating the case, Clark County Sheriff's Office Commander John Horch said. That includes evidence from a search warrant authorities served at a nearby residence after the shooting.

The Daily News reported that the shooting was the first in-line-of-duty death in the agency's history, which stretches back to the middle of the 19th century.

DeRosier leaves a wife and a five-month old daughter.

He was a 2008 Kelso High School graduate and a deputy for the Cowlitz County Sheriff's Office since 2016. He also was a criminal justice graduate of Washington State University. And his grandmother, Darlene DeRosier, was a long-time Cowlitz County auditor..

Cowlitz County Undersheriff Darren Ullmann said the fallen deputy's daughter is "always going to know what an incredible man her father was."

"Most of us have known him most of his life. There were few cops who want to be a cop more than Justin did. He loved his job. He was incredibly good at it. And as you can imagine, as I'm obviously showing, this is very personal for our agency," he said.

About 200 to 300 people, many of them connected to law enforcement, gathered at Martin Dock at Lake Sacajawea on Sunday evening to honor DeRosier. They sang "Amazing Grace" and remembered the deputy.