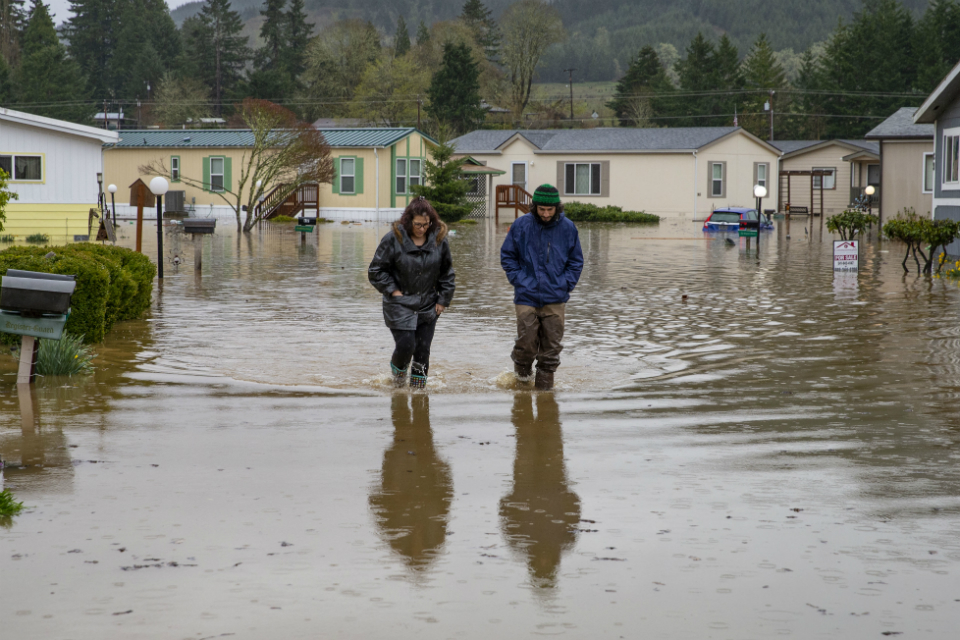 The National Weather Service issued flood watches and warnings for several counties in the central Willamette Valley after 2.34 inches (5.9 centimeters) of rain fell in Eugene on Sunday, setting a record. Rain continued Monday across much of the region.

Heavy rain also lashed the Portland area, but flooding was not expected in the state's largest city, authorities said.

The U.S. Army Corps of Engineers said Monday it would increase controlled water releases at most Willamette Valley dams because rain and melting snows were projected to fill reservoirs to near 100% capacity in the coming days.

The planned releases prompted officials to issue an evacuation advisory to people living in a historic, 100-year flood plain on several smaller forks of the Willamette River south and east of Portland.

Authorities in Lebanon, Oregon, rescued two men and a dog from a patch of land along the South Santiam River after they were surrounded by quickly rising flood waters.

Several schools in Eugene were closed Monday because of flooding or closed roadways that made it impossible for teachers to get to school.