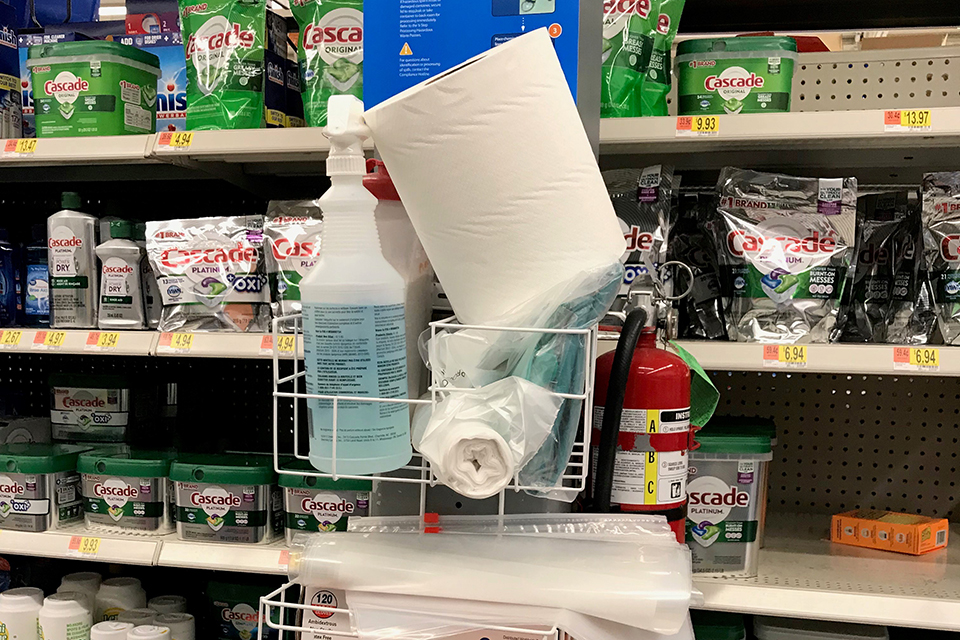 A Portland woman is suing Wal-Mart for racial discrimination and false arrest after being apprehended and accused of shoplifting for, she said, no apparent reason.

In late February, Antoinette Robinson – who is Black, and who recently underwent a double mastectomy and is still receiving treatment for breast cancer – was hospitalized with a lung infection. On Feb. 27, after she was discharged, her stepdaughter decided to take her to the Wal-Mart at Eastport Plaza on SE 82nd Avenue to get Robinson some cleaning supplies for her home, and to buy some things for herself as well.

While she was in one of the aisles to get cleaning supplies, Robinson said a man walked up behind the scooter she was using to get around the store, and yelled at her, commanding her to “Get my [expletive] out of your bag.” According to Robinson, she emptied her purse immediately into the basket attached to the scooter, but the man – and another who joined him moments later – kept repeating the demand.

Robinson told The Skanner that right before the men – who she believes, based on their dress, were store employees and not security guards – approached her, she had blown her nose using a paper towel from a loose roll on a post in the store. (A reporter from The Skanner visited the Eastport location of the store this week and saw, in one of the aisles carrying cleaning supplies, a loose roll of paper towels on a post, along with some other cleaning supplies likely intended to clean-up in-store messes.) That crumpled-up tissue fell out of her purse when she emptied it out – as did her wallet and other personal belongings. Change fell on the floor.

The store employees asked Robinson’s stepdaughter – who had a basket full of items she intended to buy – to leave the store, but not Robinson. They also told Robinson they had her on video, but refused to play it when she asked.

“I always thought they’d take you in the office and rewind the film back. He didn’t do that. He told me he didn’t have to,” Robinson said. “That was so humiliating, degrading and I just couldn’t believe it.”

Robinson is suing Wal-Mart Stores, Inc. for “fair compensation determined by the jury to be reasonable but not to exceed $45,000,” according to a complaint filed last week in Multnomah County Circuit Court. She said she initially tried to speak to a manager, and later attempted to call a national customer service hotline but wasn’t able to get through.

“We are committed to equality and diversity in our stores and want all of our customers to have a pleasant and safe shopping experience. We are currently investigating the allegations made by Ms. Robinson, and we will respond as appropriate with the court," wrote Randy Hargrove, senior director of national media relations, wrote in an email to The Skanner Thursday.

Robinson then contacted Portland attorney Michael Fuller. He told The Skanner the complaint was filed quickly in part so Robinson can obtain surveillance video from the store and other information relating to the incident, which the complaint describes as both discriminatory and a false arrest.

“Civilly, a false arrest is when someone is stopped and detained and search in a store like this. It involves being stopped and detained and searched when there’s no basis in law,” Fuller said. According to Robinson, both her stepdaughter and Wal-Mart staff called the police, who arrived shortly after, questioned her, witnesses and staff and she was eventually allowed to leave.

“If you feel like you’re being targeted because of your race, you need to come forward because lawsuits seem to be the only way to target these companies,” Fuller said. “We get calls monthly by people who feel targeted because of their race in public accommodations. It’s really a lack of training, is what I believe it is. It needs to be profitable for these companies to train their employees to follow Oregon law.”

This story has been updated with a comment from Wal-Mart.