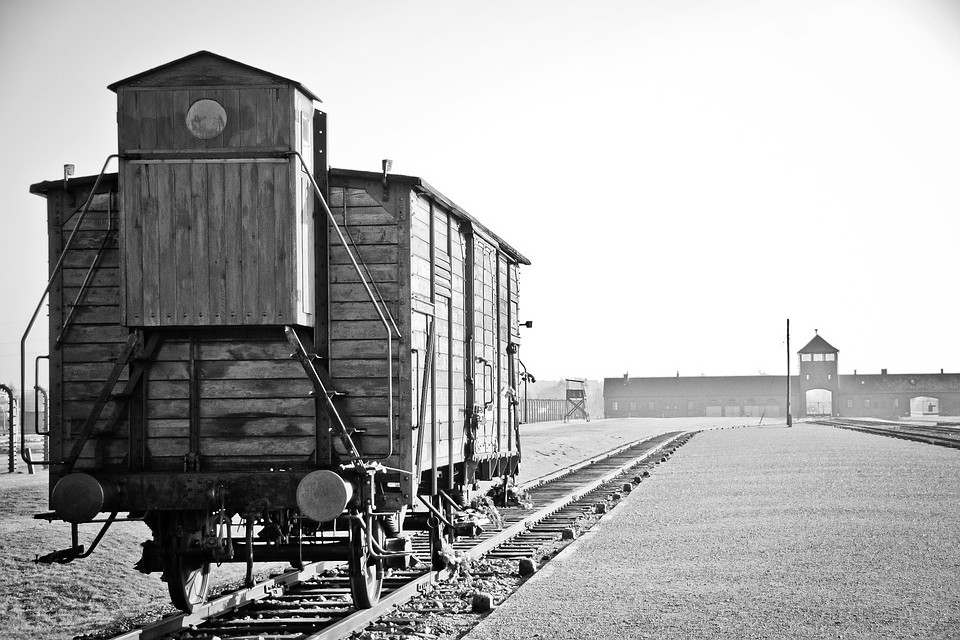 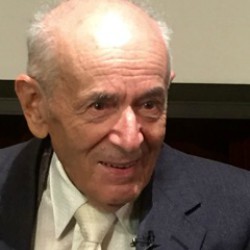 Alter Wiener, Holocaust survivor, author and speaker. (Photo: Mary O’Malley)When he was incarcerated in a concentration camp during World War II, 92-year-old Holocaust survivor Alter Wiener had two dreams: to be reunited with his family and to be allowed to eat as much bread as he wanted, walk freely, and sleep on a mattress. The latter was realized when the war ended and he found his way to the United States. Unfortunately, Wiener was the only surviving member of his family.

His moving testimony came from the Oregon State Capitol last week, when he joined Sen. Rob Wagner (D-Lake Oswego) in proposing a new bill that would require all schools in the state to teach students about the Holocaust and genocide.

Since moving to Oregon in 2000, Wiener has given close to 1,000 community talks about surviving the war, during which six million Jews were exterminated.

“For me, the horrific memories of the Holocaust are still fresh, the ashes from which I rose are still smoldering,” said Wiener during the bill’s informal hearing in the senate education committee.

“I’m tormented by memories even as I try to carry on with my life, I’m crying in silence.”

Sen. Wagner, too, told personal stories of swastikas recently appearing on the bathroom walls of his local schools.

Students are Less Likely to be Able to Identify the Holocaust

What’s more, young people are moving further away from their understanding of genocide, explained Wagner, who is also a board member of the Lake Oswego school district.

“Across the country, students who are graduating from high schools are now twice as likely as a generation ago to not be able to identify the Holocaust or another genocidal incident,” he told the committee. “We are losing our history.”

A 2018 survey from The Conference on Jewish Material Claims Against Germany found that 70 percent of Americans “say fewer people seem to care about the Holocaust than they used to and a majority (58 percent) believe something like the Holocaust could happen again.”

In his testimony to the committee, Wiener said it’s imperative at this time to “divert the rivers of hatred so that another Holocaust will never happen again… Learning about the Holocaust is not just a chapter in recent history, but a divine lesson on how to be more tolerant, more loving, and that hatred is eventually self-destructive. Be better rather than bitter.”

Yet it’s not only the inhumanity of the Holocaust that bears weight on history, Wagner reminded the hearing’s attendees. More recent atrocities in Rwanda, Kosovo, Sudan, Myanmar and at the hands of ISIS are essential lessons in genocide too, though students are struggling to identify them.

Fifteen-year-old Lakeridge High School freshman Claire Samowski also joined the panel in support of the education bill. She cited the 2018 conference survey with a troubling statistic that two-thirds (66 percent) of millennials cannot identify what Auschwitz was. Moreover, 22 percent of that generation “haven’t heard” or “are not sure if they have heard of the Holocaust.”

Samowski first met Wiener during a talk he gave when she was in fourth grade. Since then, she’s looked to him as both a friend and mentor.

“As a student, I see bullying, prejudice and stereotyping both inside and outside the classroom every day,” said Samowski, while fighting back tears. “Learning about genocide teaches students the ramifications that come with prejudice of any kind in society.”

If passed, Oregon would join 10 other states – among them, California, Florida, Kentucky, Michigan, and New York – that require some attention to the Holocaust and genocide education in their classrooms.

“I trust teachers,” said Wagner, adding that his bill will not write a set curriculum for teachers. Rather, the legislation would rely on educators to partner with community organizations in developing social studies lessons that are relevant and age appropriate.

Wagner said he has made this bill one of his priorities for the 2019 legislative session, which begins in January.