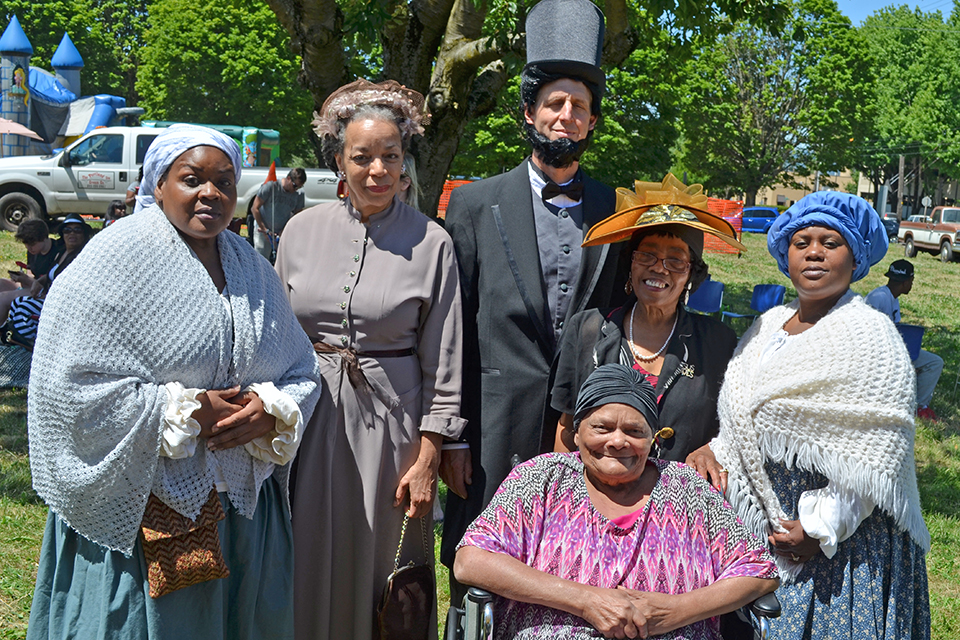 June 19 marks the day – more than two years after the Emancipation Proclamation became effective – that Union soldiers read a general order announcing the end of slavery in Texas.

During the Great Migration, writes Isabel Wilkerson in The Warmth of Other Suns, "The people from Texas took Juneteenth Day to Los Angeles, Oakland, Seattle, and other places they went."

Clara Peoples moved from Muskogee, Okla., to Portland in 1945 to work in the ship yards, and started asking around to find out if there was a local Juneteenth celebration – only to discover some of her coworkers had never heard of it. She decided to take on the job of starting a Portland celebration – one that continues to this day, though Peoples passed away in 2015.

She’s now the namesake of Portland’s annual Juneteenth parade – the Clara Peoples Freedom Trail Parade – which will take place from 11 a.m. to 12 p.m. June 16. The parade will start at Safeway at NE Martin Luther King, Jr. Blvd. and Ainsworth and head south on MLK to Russell, then west on Russell to Legacy Field.

The parade kicks off this year’s Juneteenth Oregon Celebration, which takes place at Legacy Emanuel Hospital Field. The celebration runs from 12 p.m. to 6 p.m. and include local music, food, retail vendors and a kids’ area.

And in advance of those events, on Thursday there will be a Miss Juneteenth Oregon pageant at 6:30 at Billy Webb Elks Lodge for a $10 entry fee.

For more information about the pageant, parade and festival visit the Juneteenth Oregon Facebook page.

Other upcoming Juneteenth celebrations include: