Organizers Gear Up for 26th Good in the Hood 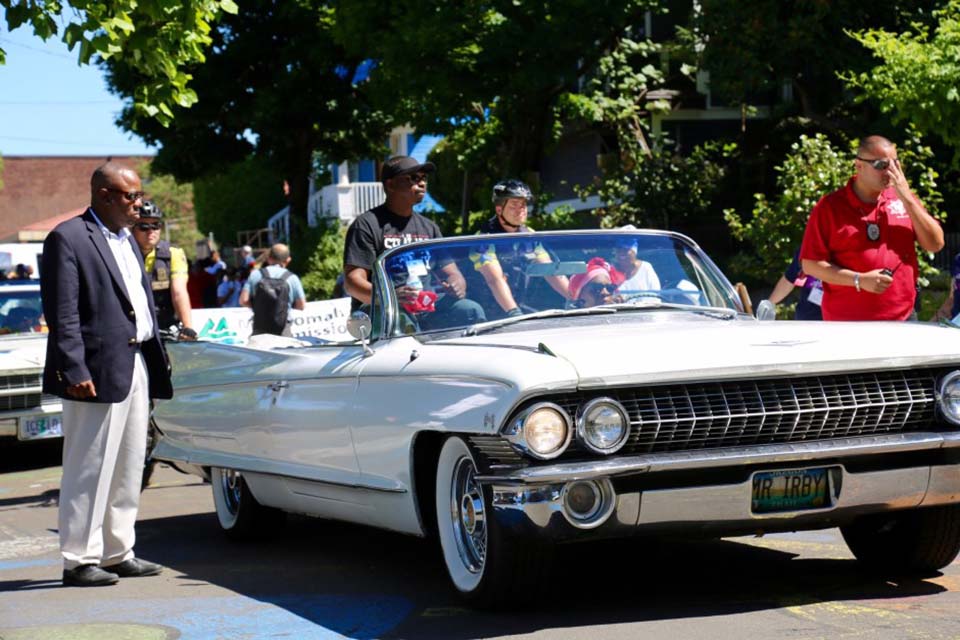 By Christen McCurdy | The Skanner News
Published: 31 May 2018

The Good in the Hood Festival returns to its former location at King Elementary School this year, adding more vendors and an increased focus on multiculturalism and community.

This year’s event will take place from June 22-24 at King Elementary School, reverting to the prior venue because this year marks the 50th anniversary of Martin Luther King’s assassination, according to Shawn Penney, president of the nonprofit that organizes the Good in the Hood festival every year.

“Our theme is families and communities together,” Penney told The Skanner.

Hugh Hewett, known for being part of the R & B and soul group Shalomar and who enjoyed some solo hits in the 1990s, will headline the event, whose musical offerings run the gamut from hip-hop to jazz, neo-soul and Latin music. The event will also include health screenings and the distribution of scholarships, and the Portland Farmers Market will also have farmer’s market booths on Northeast 7th between Alberta and Prescott. Penney said organizers were able to disburse about $8,000 worth of scholarships to youth in the community last year.

This year’s parade will take place from 11 a.m. to 1 p.m. with a slightly different route than previous years: it will start at Legacy Emmanuel Medical Center and end at King Elementary School.

In the weeks leading up to last year’s Good in the Hood festival, organizers received a threatening letter promising a “blood bath” and referring to Penney with racial epithets. Penney said he was scared and considered cancelling the event, but was ultimately undeterred – and the festival went forward without incident, though with an increased security presence.

The Portland Police Bureau and the Federal Bureau of Investigation investigated the threat and provided increased security detail in concert with the event’s private security. According to police bureau spokesperson Sgt. Chris Burley, that threat “was mitigated prior to or at the start of the event.”

“With the threat last year, honestly, it terrified me, and I bless that we haven’t gotten any threats this year. But the Portland police said, ‘Just because you’ve not gotten any threats this year, we’re not going to let up. We’re going to keep it tight,’” Penney said. “It seems like, to me, anybody that has a voice, that’s outspoken, that’s a community activist, anyone that’s fighting for the positive all the time, that’s an advocate for minorities – there’s always somebody out there that wants to shut them up. But I don’t want to shut up. I’m going to continue to fight and continue to fight for the people that need to be fought for.”

Penney said this year’s festival will continue with a heightened security presence, though organizers have not received threats this year, and last year’s threat – which came just weeks after the stabbing of three men, two of whom died, on a MAX train in Portland – resulted in a groundswell of support for the event.

This year, Penney said organizers have a fundraising target of $200,000.

For more information about this year’s event, visit https://www.goodnthehood.org/.