What to Look for in Next Month’s Legislative Session 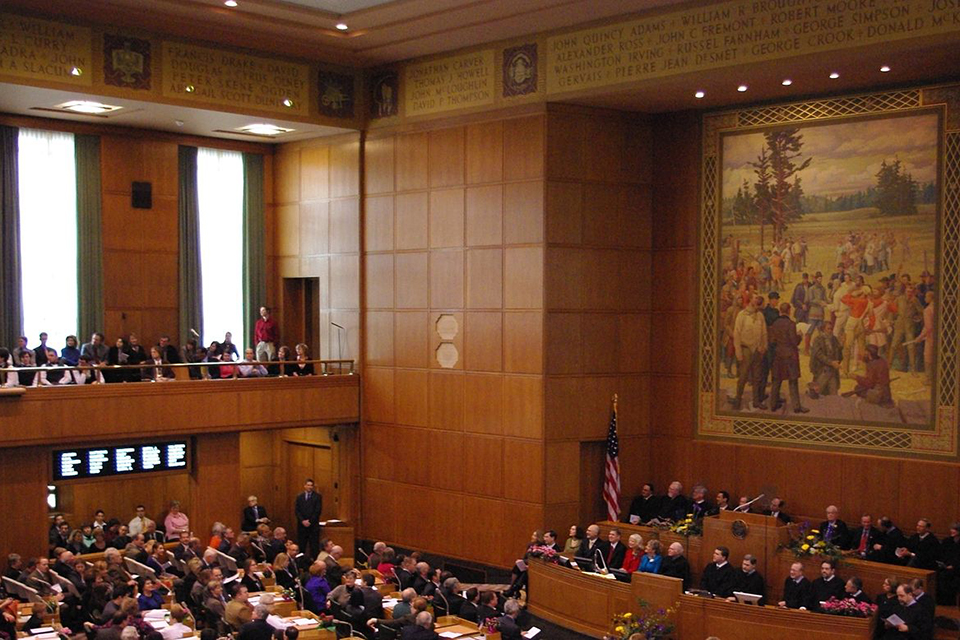 But a lot can happen in a month.

The Skanner News reached out to a variety of legislators and advocacy groups to ask what readers should keep their eyes on in the weeks ahead.

The final deadline to file bills is Jan. 16 and submitted bills will not be assigned bill numbers until later this month.

Legislators are keeping a close eye on the fate of Measure 101, the statewide ballot measure to impose a temporary assessment on some health care organizations in order to fund the state’s health care programs. The election is Jan. 23 and its outcome could have critical implications for the state’s budget. The bill was put on the ballot by a group of legislators who weren’t happy with sections of the budget package the state passed last year, so they decided to refer the matter to voters. The Yes for Healthcare campaign in favor of 101’s passage -- which includes a broad coalition of hospitals, insurers and progressive advocacy groups – says if the bill fails, the state could be faced with a gaping budget hole and would be forced to make cuts to the state’s health care budget.

Sen. Lew Frederick is planning to introduce a bill that would require police officers to pay one annual visit to a mental health professional. The Skanner News will take a deeper look at that bill later this month.

He also said he’s heard some discussion from colleagues about potential bills that would aid with reentry for individuals returning to society after being incarcerated.

Advocates are hoping to revive House Bill 2010 – which died in committee in 2017 and would have created a state task force to examine racial disparities in home ownership – this session.

Last session the House passed House Bill 2004, which would have prohibited landlords from terminating month-to-month tenancy within 60 days of receiving a request for repairs to correct certain building or health code violations. That bill died in the senate and sources who spoke with The Skanner said they don’t expect to see much work done on renters’ rights this session. That said, one bill in the works would require communities where a majority of the population is “rent burdened” – that is, paying more than 50 percent of their income in rent – to hold community meetings to begin to address the problem.

Rep. Janelle Bynum may be introducing a bill that redefines the threshold for minority contractors. Frederick also expects to see some interest this session in reviving the economies of rural parts of the state, which continue to struggle as Portland’s economy booms.

Legislators and advocates expect to see tweaks to the landmark $5.3 billion transportation bill passed last session. Transit advocates are also likely to renew their push for a Youth Transit Initiative, which would fund reduced-fare transit passes for students attending public secondary schools and increase transit service in vicinity of public secondary schools. A previous youth transit initiative bill died in the House in 2015.

Rep. Ken Helm and Sen. Michael Dembrow have said they plan to introduce a “cap and invest” bill, placing an upper limit on the amount of carbon high-energy industries can emit – and charging them for excesses. Oregonians can also expect to see bills proposing the recall of older diesel vehicles, and restricting emissions of certain chemicals by industry.