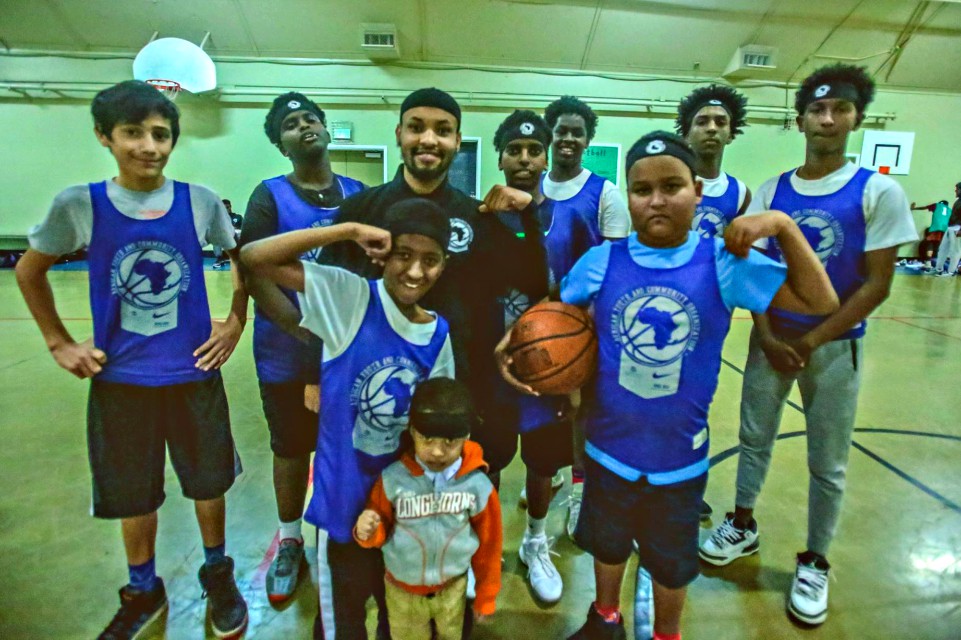 On Friday evenings, the Montavilla Community Center gets loud, as 40 some odd boys dribble, shoot and dunk.

Through a partnership between Portland Parks & Recreation and the African Youth Community Organization, a pocket of the city’s immigrant youth has formed a new basketball league – and they couldn’t be more enthusiastic about it.

“I’ve been playing since I was three. I thought if I joined the team I might be the best,” said Jonas, 11, who told The Skanner that he wants to play for the NBA when he’s older.

The AYCO league, which launched on Nov. 10, has recruited boys between the ages of 11 of 15 who come from Somalia or neighboring east Africa, or whose parents hail from the region.

In 1991, a civil war broke out in Somalia, giving way to an extremist Islamic insurgency and displacing over a million people in an all-out refuge crisis.

Jamal Dar, AYCO executive director, told The Skanner that sports like basketball and soccer have always had a strong presence in Somalia. In fact, in the aftermath of the civil war, basketball has been a means to settle disputes among gangs and even boost gender equality.

The AYCO, too, has plans to offer sports to young girls. But first, said Dar, “We need funding, space and coaches. (Our) organization is 90 percent volunteer and grassroots, and so we maximize our community with whomever has the time and knowledge to help us.”

“We at PP&R are proud to partner with AYCO in helping Portland newcomers overcome the challenges of life in a new country, and in helping those youth achieve their dreams,” said Art Hendricks, PP&R Equity & Inclusion Manager, in a statement.

The league has also teamed up with NIKE, which is providing the team jerseys and equipment.

For AYCO youth coordinator Omar Mohamed, who helped kickstart the league, the weekly games provide a safe haven for the boys, as well as a little bit of structure.

In addition, young boys and girls who want to participate in AYCO’s free sports programs must also enroll in the organization’s homework and tutoring programs, which are also offered at no cost.

“We wanted to help the youth in our community stay out of trouble,” said Mohamed, who is also Somalian.

“Fridays are usually the nights where kids, if they don’t have anything to do, look for things to do. So we wanted to have a positive space for them to come and get to know each other.”

It appears to be working, with local boys forming bonds with their peers and team mates.

“We’re playing with our friends and family,” said Mohamed, a 14-year-old who plays for the Green Mumbas, which won the previous game.

Samir, a year younger and also a Mumba team member, said, “I like playing basketball with people I know from the neighborhood.”

The AYCO league currently had four teams – from Southwest, Southeast, North Portland and the Tigard area – and is hoping to expand to eight next spring.

The interest is there too, with some 60 boys on the waiting list.

All games are held at the Montavilla Community Center on Fridays from 6 p.m. to 9 p.m.