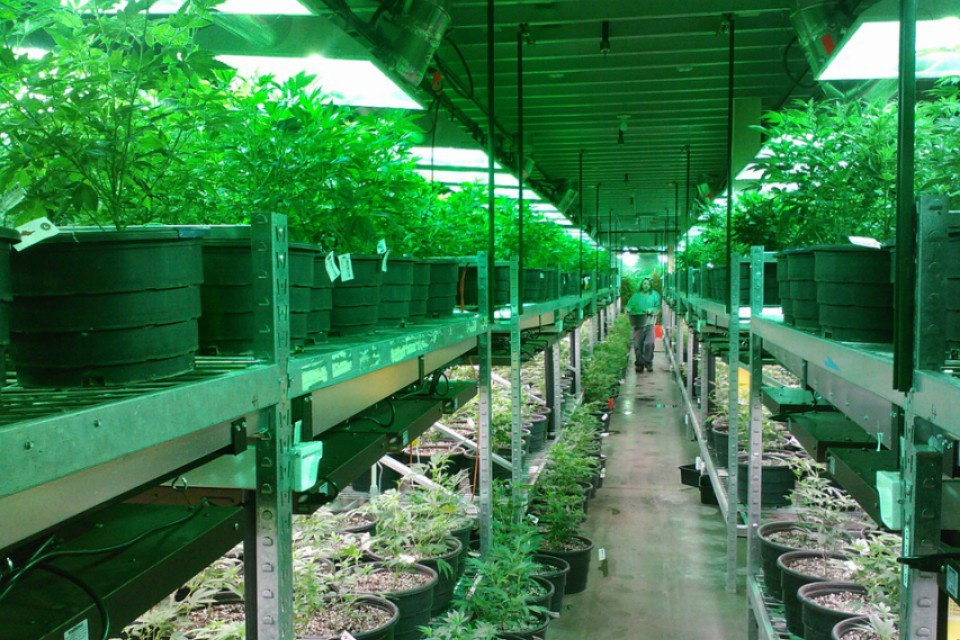 EUGENE, Ore. (AP) — A medical marijuana card used to be the key to buying and possessing pot in Oregon.

But the rise of recreational marijuana is making the cards primarily valuable only as a discount card, and not a necessity to buy, said Sam Elkington, owner of Track Town Collective in Glenwood. The card exempts the buyer from Oregon's state and local pot taxes, which are levied on recreational pot.

Daily sales at medical pot dispensaries — once cutting-edge hubs for the marijuana industry — have plummeted as a result.

"Medical only is smaller than small," Elkington said of the dispensary niche. On Monday at Track Town, customers had bought just $58 worth of pot products by midafternoon, reinforcing why Elkington so far has been able to employ only himself at the store.

Elkington's little green pot shop draws about three medical marijuana customers a day. Another 15 to 20 potential customers come in asking for recreational pot, but he can't sell to them — yet.

The rapid growth and evolution of the marijuana marketplace in Oregon is prompting Elkington to apply with the Oregon Liquor Control Commission to become a recreational pot shop. He plans to let his status as a medical pot dispensary with the Oregon Health Authority lapse in March.

"It's a financial decision," Elkington said.

He's not alone in going recreational.

Medical marijuana cardholders these days can get their pot either at a medical pot store or at a recreational one. That has put medical marijuana stores in an increasingly untenable financial position.

Nearly a quarter of the dispensary license holders with the state — five out of 21 — had notified the state as of Monday that they plan to apply with the OLCC to sell recreational pot rather than medical marijuana, according to Oregon Health Authority spokesman Jonathan Modie. Only four indicated plans to remain a medical marijuana shop.

Dispensary owners faced a deadline to decide on Friday.

The deadline caused medical pot stores to submit a flurry of forms to the OHA and OLCC. Officials at both agencies still were sorting through them on Monday, and they expected more to come in throughout the week.

Lane County had 31 medical pot dispensaries as of April 2015, a couple of months before the sale of recreational pot became legal. As of this year, the medical-pot dispensary count had dropped to just two stores. And the county may have none next year.

"While, obviously, we've seen a significant drop over the last year or two in dispensaries, patients still have the option to purchase medical (marijuana) at recreational shops," Modie said.

Senate Bill 1057, which lawmakers in Salem passed in May, established the deadline for dispensaries to choose whether to remain medical or change to recreational pot stores.

If the businesses stay as dispensaries, they must take part in a new state medical marijuana tracking system.

Recreational marijuana shops, under state rules, may sell medical-grade pot to customers with medical marijuana program cards. Medical flowers and products, such as pot-laced foods, can be stronger than their recreational counterparts.

The cards allow customers to avoid paying state and local sales taxes for marijuana, which can be as high as a combined 20 percent.

Still, the number of medical marijuana cardholders statewide has dropped since recreational pot became legal two and a half years ago.

The state had 78,045 medical cardholders as of October 2015 — when recreational marijuana sales became legal in Oregon — and 8,382 patients in Lane County.

Cardholders must renew each year and pay $200 annually to maintain their card. The state offers fee discounts for a variety of reasons, such as $60 off for low-income residents who receive Supplemental Nutritional Assistance Program assistance, $50 off for Oregon Health Plan eligibility and $20 off for having served in the U.S. military.

Even before Friday's Oregon Health Authority deadline, Lane County was down to just two medical marijuana dispensaries. One dispensary is Track Town Collective. The other dispensary is Inhale Cannabis Co. at 86784 Franklin Blvd.

No one picked up the phone at Inhale on Friday, and the shop was closed Monday. A sign on Inhale's door said it is open Tuesday through Saturday.

If Inhale remains a medical dispensary, it would be the last in Lane County.

Elkington, owner of Track Town, said he in effect had "made a bet" that the federal government might outlaw state-licensed recreational marijuana sales this year, so he opted to stick with medical pot.

"I lost," he said. "(The Trump administration hasn't gone after recreational sales), so the (dispensary) market has dwindled down to near nothingness."