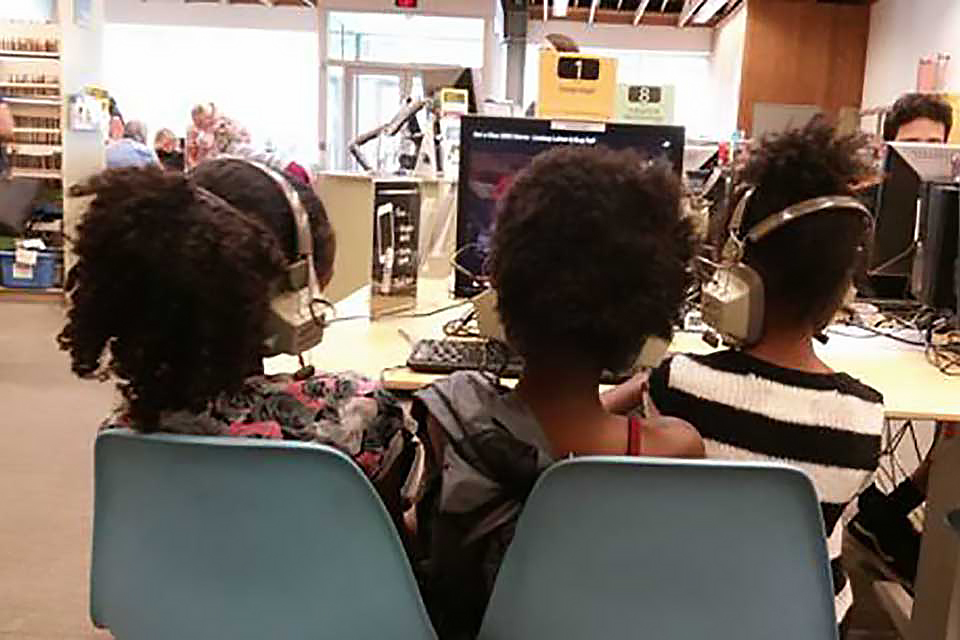 This summer, the Kenton branch of Multnomah County Library is hosting a program that will introduce young learners to the works and achievements of African American scientists, engineers and inventors.

Called Curious Minds, the event runs from July 8 to August 26, every Saturday from 3 to 4 p.m.

For eight weeks, youth from grades K – 5 are invited to explore subjects in STEAM (science, technology, engineering, arts and math) through activities and experiments, while learning about the Black innovators working behind the scenes.

“My goal is to let young people know that African Americans have always been in STEAM fields – and hopefully inspire some kids to believe they can do it too,” said library assistant Lanel Jackson, who designed the program.

Jackson is currently working on outreach to spread the word about Curious Minds, as she admits the Kenton neighborhood has changed in recent years, with far fewer school-aged children.

During Saturday’s first session, participants learned about geosciences and rocks through the work of Zelma Maine Jackson, one of a few Black female geologists on the West Coast.

Through her specialization in uranium deposits and groundwater, Maine Jackson now focuses her efforts on sustaining the environment, particularly in the cleanup and remediation of the Hanford Site, a mostly decommissioned nuclear production complex on the Columbia River in Washington.

“I’ve met a lot of children who didn’t know that any of these people existed,” Jackson told The Skanner. “Even adults didn’t know about their accomplishments, or that African Americans were working in these fields.”

The following weeks will include programming on flowers, robotics, simple machines, chemistry and more.

“I want kids to find something they’re interested in life,” she continued. “And I want to make sure that African American children will see someone that looks like them doing these things.”