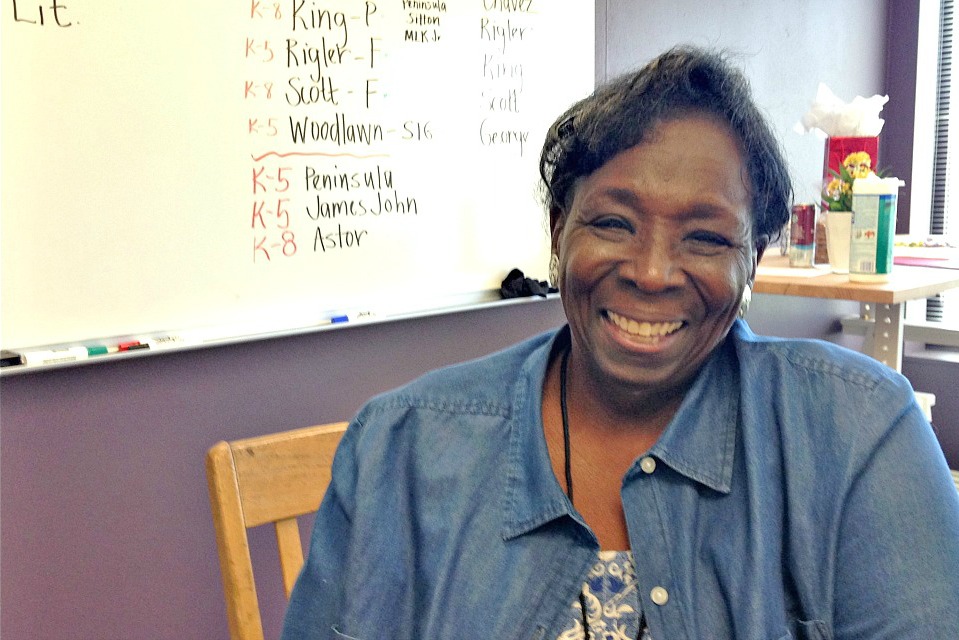 Harriet Adair was only four-years-old when her mother enrolled her in first grade at Vestal Elementary School in Northeast Portland. At that time she was reading and writing at a third grade level.

Her aptitude, she said, was thanks to the guidance of her older sister, who was her first real teacher.

“I come from a family background where education is key,” she told The Skanner.

Adair’s dedication to educating others has been an inspiration at Portland Public Schools, where she served for 47 years. In 2014, she received the President’s Award from the Confederation of Oregon School Administrators.

At the close of the school year, Adair is one of two African American leaders at PPS to retire last month.

Adair began her career with PPS in 1970 as a middle school teacher, before moving to the ranks of principal, and finally to the district level.

Adair leaves PPS as the assistant superintendent in the Office of Early Learners, Schools and Student Supports. Her achievements include leading key initiatives such as the PK-8 implementation, supervising principals in nearly every cluster of schools, and serving on the governor’s Early Learning Council.

Among PPS’s accomplishments in the work of early learning, she cites Oregon’s introduction of full-day kindergarten, as well as the state’s pioneering of the federal head start program.

As an unofficial “early learner” herself, Adair said she has always believed in educating at a young age, long before she held a title at the school district

“If you give the right kind of energy and level of support to students when their mind is malleable, they’ll do all sorts of phenomenal things at much earlier ages,” she said.

Her family held that same belief. Originally from San Antonio, Adair’s parents – both educators – arrived in Portland when she was three.

After Vestal, she attended Madison High School. Of the 721 students in her graduating class, only five were African American.

Adair’s drive and intelligence earned her a bachelor of science degree at Portland State University, followed by two master’s degrees – one from the University of Oregon – and a doctorate from Brigham Young University.

“There was always the challenge of paying for school, but it was never a matter of whether you were going to go,” she said.

With parents that placed a high value on education, Adair is the sixth generation in her family with a master’s degree.

“If you get the right circumstances and you set things right, every kid, every person, can be more successful at whatever it is they want to do,” she said. “That’s how I started and that’s what’s always been with me.”

Adair has been a mentor to countless teachers of color entering the field of education, as well as those who ascended to leadership positions within the school district.

Yet her motivation was the work of her elders, which she witnessed as a young woman.

She recalls the highly educated African American community – including her mother, Laura Glosson, a teacher at Boise/Eliot Elementary School – which met with school district administrators to better educational opportunities for Portland’s Black students and educators.

“Because I lived with one of those door-openers, it was just a natural transition for me to go through it,” Adair said of her start at PPS.

During the 1980s, Adair was the principal at King Elementary School. When she started the school was in rough shape: young people were dealing drugs on the corner, gangs were starting to form, sports were nonexistent and grades were poor.

But Adair, along with a cohort of concerned parents and then superintendent Matthew Prophet, worked diligently to change the story.

Her students launched a campaign and raised close to $40,000 to travel to Washington D.C., where they represented the state of Oregon at the presidential inauguration of George Bush Sr. They donated the remaining funds to help erect the city’s landmark Martin Luther King Jr. statue, which stands in front of the Oregon Convention Center.

Looking back, Adair acknowledges that while PPS is undergoing changes – and the work of equity building is far from complete – the district has made recognizable improvements.

“It’s not exclusive of anyone,” said Adair. “There’s a recognition that everyone should be able to be successful at whatever they decide to do – it doesn’t matter whether you’re LGBTQ, Asian, Black or a refugee.”

But she also notes the big challenges that come with the next generation of educators. The school board will welcome three new members, while multiple positions in the senior offices and in the schools remain vacant, and a new superintendent is yet to be named.

“How we manage this transition and get ready to roll with this new crop, that’s the challenge,” Adair said. “We’ve got to come together to make this work for them.”

While looking forward to retirement, Adair said she will continue to assist Portland schools, particularly within the early learners program, however she can.

For now, she’s leaving on a grateful note. “Whatever I got was because I was surrounded by really good people, who allowed me to just dream the dream.”