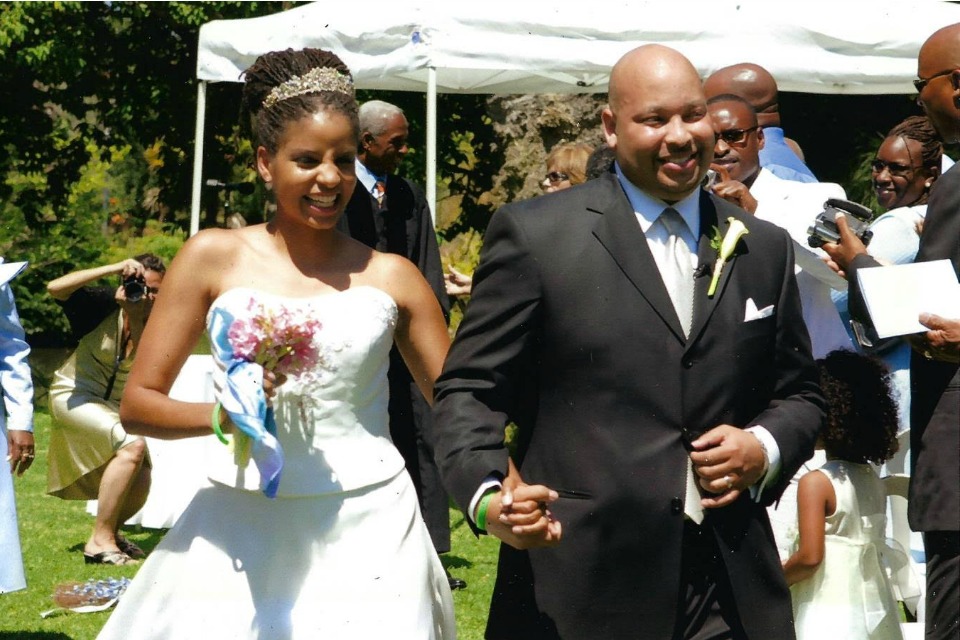 Vanessa Grubbs, MD, had only been dating Robert Phillips for nine months when she gave him one of her kidneys.

That was 12 years ago. At the time Grubbs was a primary care doctor in Oakland, Calif., and Phillips had been on dialysis for a number of years to treat his end-stage kidney disease.

“One of the things (Robert) told me when we first when out was that he had lots of first dates, but not many second dates,” Grubbs told The Skanner. The harsh reality of his debilitating kidney condition turned most women away. But Grubbs was different.

She began a romantic relationship with Phillips, and came to understand the plight of kidney failure from a patient’s perspective – while uncovering the racial bias of the transplant system.

Grubbs’ personal experiences and medical expertise – she was one of only two African American women in her class at Duke University – are recounted in her new book, “Hundreds of Interlaced Fingers, A Kidney Doctor’s Search for the Perfect Match.”

When she began writing her intention was to publish a decision-making guide to dialysis treatment. But through the suggestion of her literary agent, she weaved in her personal heartwarming story of patient and donor, and later, husband and wife.

“It makes the book much more appealing to more people, and that’s the point, to get it into the hands of as many folks as possible, and to widen awareness,” said Grubbs. “It’s very much written for a general audience, this is not just for folks in medicine.”

“Hundreds of Interlaced Fingers” is part-memoir and part-love story, but also goes where few books do through candidly mapping out the racial disparities in the kidney transplant landscape.

Black and other minorities continually experience lengthy delays in the process of receiving a new kidney, from tests to diagnosis and treatment. And while waitlists have slightly improved – due to a systematic change which back-dates patients to when they started dialysis – Grubbs said the situation remains bleak.

“There are still Blacks and people of color in general that are waiting longer, overall, than Whites to get a kidney transplant.”

About one third of patients on a kidney transplant waitlist are African American, yet they receive only one in five of all donated kidneys, according to Grubbs. On the other hand, while White patients also account for one third of the waitlist, they receive every other kidney donated.

“The process should be more systematic and not left up to human error or bias,” said Grubbs. “There are lots of instances where people could fall through the cracks or simply not be considered.”

While Phillips was nearing the top of the transplant list, he received no clear answers from medical professionals, which only aggravated his dire situation.

Discouraged and fearful, Grubbs offered her boyfriend one of her own kidneys.

“We had surgery after nine months of dating, but I had made the decision a few months before that,” explained Grubbs. “I knew a living kidney would be the best possible option for him, and I knew that I was clearly very much in love.”

Motivated by her experience with kidney disease – and the pitfalls of treatment and transplant – Grubbs became a nephrologist, or kidney doctor. She now maintains a practice and clinical research program at Zuckerberg San Francisco General Hospital, and is also an associate professor of medicine and nephrology at the University of California, San Francisco.

Since the transplant Phillips follows a strict regimen of daily medication, but hasn’t had a single dialysis treatment. As a donor, Grubbs said she’s retained around 85 percent of her original kidney function (which is typical) and maintains a healthy lifestyle.

This month, Grubbs is embarking on a brief Pacific Northwest book tour with “Hundreds of Interlaced Fingers.”

On July 12, Grubbs will be a featured guest on KATU’s morning show “Portland AM Northwest” and later on the network’s “Portland Afternoon Live.”

In Seattle, on July 13, Grubbs will do a reading at Third Place Books, followed by a Q&A. The event will take place at 7 p.m. at 17171 Bothell Way NE, Lake Forest Park, Wash.