Still Good in the Hood 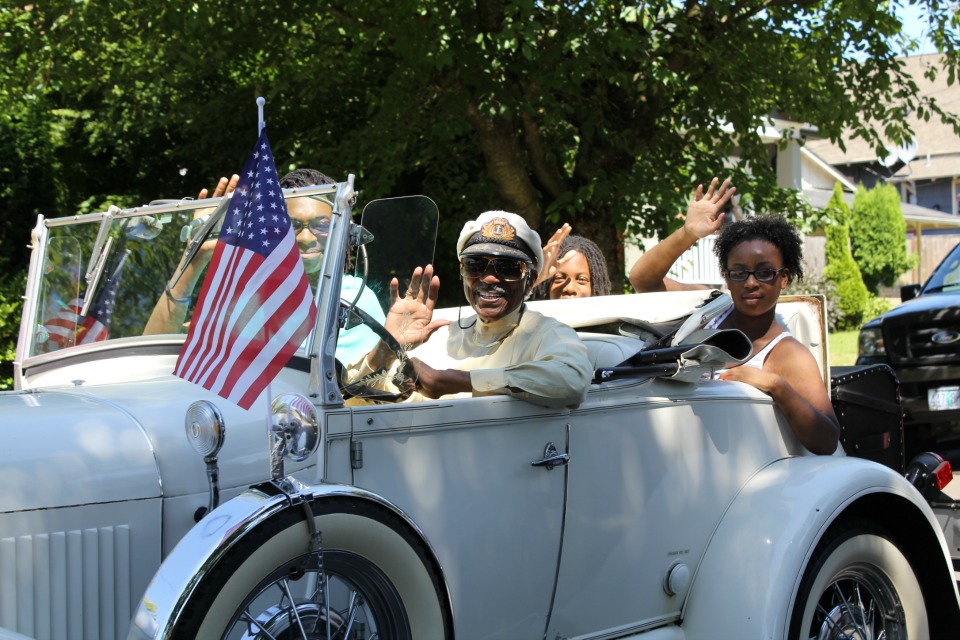 Good in the Hood organizers are undeterred by a racist threat targeting the multicultural festival and say the festival, which celebrates its 25th anniversary this year, will go forward as planned.

On June 7 a staff member at Northeast Coalition of Neighborhoods, going through the day’s mail, discovered a threat using repeated racial slurs and promising a “blood bath” if the festival goes ahead as planned. The threat also named festival organizer Shawn Penney specifically.

A digital photo of the letter was shared to Facebook that afternoon; by the following day the threat had gone viral on local social media accounts. Local media quickly picked up the story.

The threat makes multiple references to the KKK and seems targeted not only at Penney and likely festival attendees, but the festival’s explicitly multicultural mission.

Initially, Penney said, when he received the threat he couldn’t sleep and considered cancelling the event.

“I just had a gut feeling that we really must go on with this,” Penney said. Otherwise, whoever issued the threat would win.

Penney confirmed Wednesday morning that there would be an increased law enforcement presence at the event, as well as private armed security. Organizers will take additional security measures, like requiring vendors’ vehicles to go through a check point and more carefully vetting volunteers.

A few participants have declined to participate in the event, he said – mostly groups of children that previously planned to participate in the parade. But more organizations have stepped up to sponsor the event, and Penney said he hopes the Good in the Hood Organization – a 501c3 nonprofit run entirely by volunteers – will be able to issue more scholarships, something it started doing last year.

Counteracting ‘negative press’ for the neighborhood

Good in the Hood which features music, food, dance performances and a neighborhood parade – was organized by a small group of neighbors in 1992 and was first celebrated in 1993.

Sister Jane Hibbard, then the principal of Holy Redeemer Catholic School, said the event was initially conceived as a fundraiser for the school. The original group of organizers – which included herself, musician and music promoter Norman Sylvester and sound technician Stew Dodge – also wanted to showcase what North and Northeast Portland had to offer.

“During that time we were having a lot of negative press about gangs, and North and Northeast Portland not being a good place to buy real estate and come and hang out,” Sylvester said.

Adam Lyons, executive director of the Northeast Coalition of Neighborhoods, said when he was growing up at Northeast 10th and Schuyler, kids who lived on the west side weren’t allowed to visit him due to the area’s reputation for crime.

Initially, Sylvester said, he wasn’t fond of the name “Good in the Hood,” but eventually embraced the idea behind it, which was to reclaim “the ‘hood,” a term often used to disparage the area.

Sylvester booked the entertainment – which included music of various genres, including his own blues band – as well as dance performances and food from various cultures.

“I was proud to bring in Cambodian dance, belly dance, Irish dance, digeridoo players, things that our North and Northeast kids didn’t normally see -- so we were serving them as well,” Sylvester said. “This was a multicultural exchange.”

As the event progressed, it grew larger and larger. According to newspaper accounts from 1990s, about 3,000 people attended the first festival in 1993; last year 30,000 people participated. The event roster also grew to encompass a large parade organized by business owner and “unofficial Albina mayor” Paul Knauls Sr. It became a Portland Rose Festival-sanctioned event in 1996 and, as of two years ago, its own 501c3 designation.

Dodge, who has provided sound for the festival since its inception, said the event has always been “friendly and neighborly” and that vibe has remained.

Penney has been involved with Good in the Hood for 12 years and has served as the organization’s president for five years. He also grew up in Northeast Portland and grew up attending the festival.

When Good in the Hood launched, most neighborhoods in inner Northeast Portland were majority-Black neighborhoods. According to 2010 Census data, the same neighborhoods are majority-White. A line in the threat says, “WE THE WHITE KKK NOW OWN NORTH AND NORTHEAST PORTLAND,” an assertion Penney found particularly troubling.

“It’s not true. If they do, they’re hiding it,” Penney said.

Last week’s threat is part of a seeming increase in hate activities in the Portland area and nationwide. Shortly after the threat to Good in the Hood, two Portland schools sent letters home to parents after close-in southeast Portland was littered with flyers and a middle school student of color was accosted by a man yelling racist epithets in Southeast Portland. Rumors related to last week’s scheduled carnival at King Elementary School resulted in that event’s cancellation.

At the end of April, a scheduled parade on 82nd Avenue – the Avenue of the Roses parade – was cancelled after threats of street brawling. A right-wing group held a “free speech” march instead; among those in attendance was Jeremy Christian, accused of stabbing three men on a MAX train in May, two fatally, and harassing two Black teenage girls.

The Portland Police Bureau’s crime map tracks several categories of crimes, but does not include hate incidents – which can include a wide variety of types, from mailed threats to acts of violence. But the bureau does have a dedicated bias crimes investigator, Simpson said.

“The Sergeant assigned to Bias Crimes indicates that the Bureau receives, on average, one to two reports a month in any given year. All of them are assigned to a detective and investigated,” Simpson said in an emailed statement to The Skanner. “After the investigation some are determined to fit the Oregon definition for Intimidation, others are determined not to fit the definition, and others are undetermined based on the available information.”

Simpson said anyone with information about threats to the event should contact Detective Jeff Sharp at 503-823-9773, jeff.sharp@portlandoregon.gov. Anyone needing to remain anonymous may report information to Crime Stoppers of Oregon by texting CRIMES (274637) - Type 823HELP, followed by the tip, report online or by calling 503-823-HELP (4357).

Sylvester is 71 and he grew up in Louisiana. He said the new wave of open prejudice is dispiriting, and that the act of “putting fear into the hearts of families” over what should be simple public excursions – a trip to the park or a ride home on public transportation – is “the worst crime in the world.”

He’s experienced racist harassment in various types of forums and venues in Portland, he said, and taught his children to be aware of their surroundings when they go out in the world. But he worries about his family more now than he ever has.

“We worry when we send our kids away from home, but now we worry more -- about even being 20, 30 minutes late,” he told The Skanner.

But that’s why music and art are so important, Sylvester said. Music has always been a key part of the festival, he said, because it’s a universal language that brings people together. And the blues musicians who rose to fame during the worst years of Jim Crow helped others find the power and the voice to get free, he said.

“Musicians and artists are healers. We go out to make people smile and make people forget their cares and woes,” Sylvester said.

This year’s event takes place at Lillis Albina Park at the intersection of N. Flint and N. Russell. DJ Pryce, MC Sam Thompson and the Andy Stokes Band will perform on opening night; other scheduled entertainers include No limits Parliament Funk, Klyntel, the University of Oregon gospel choir, Zahane June and the Norman Sylvester Band. For more information, visit http://www.goodnthehood.org/.

“I hope this can bring us together as one,” Penney said.