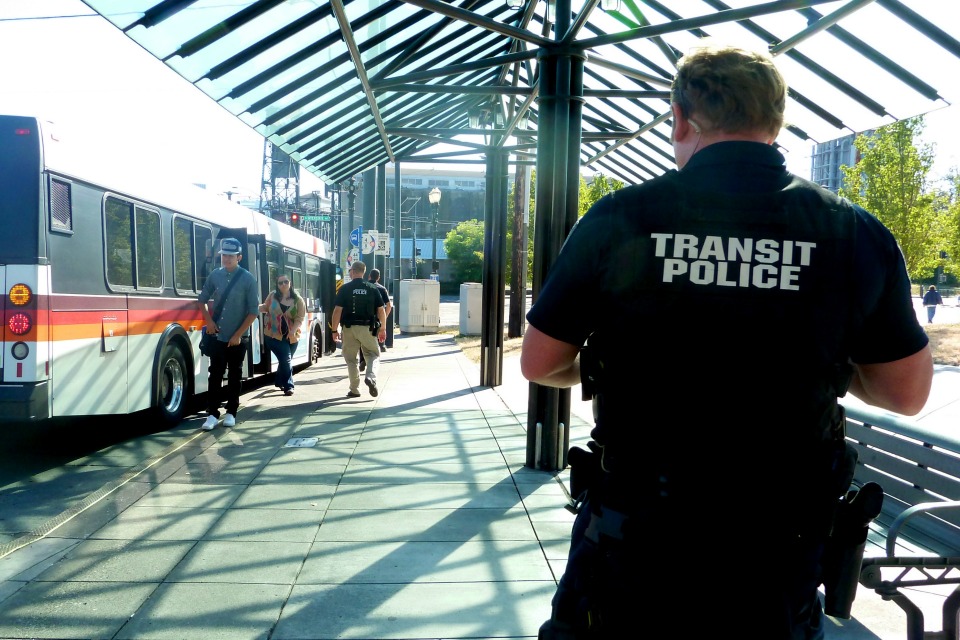 With $11 million in capital bonds, TriMet will be relocating its central police precinct from Old Town Chinatown to the Rose Quarter in the Northeast.

The announcement from the TriMet Board of Directors has met with backlash from OPAL Environmental Justice Oregon and its union, Bus Riders Unite, which say the board is not adequately addressing community concerns.

According to BRU, the money should be spent to benefit riders, not on what it’s calling a “transit jail.”

In response, TriMet has attempted to set straight the public confusion.

“No, We’re Not Building a Jail”, reads the transit agency’s recent Facebook post. It’s an effort to dispel rumors of TriMet foregoing a plan to implement a low-income fare and the agency’s alleged connections to the Immigration and Customs Enforcement.

The updated precinct – to be located at the parking garage of the new Hyatt Regency Portland, adjacent to the Oregon Convention Center – will accommodate officers, staff and vehicles. Similar to the downtown division, the new precinct will contain only a few holding cells.

Unlike a jail, none of those cells will detain people overnight, Roberta Altstadt, communications manager at TriMet, told The Skanner.

At 9,000 square feet, the original precinct at Northwest First Avenue has struggled with growing pains, a leaking ceiling and limited parking space.

“We’ve really outgrown that location. The building is also very old,” said Altstadt, adding that the location’s lease with the City of Portland is coming to end.

The new precinct will provide double the space and parking, and is expected for completion in 2019.

In addition to the new location, TriMet operates three other divisions – in the south, the west, and the east.

The program would offer more accessible and affordable transportation, while curbing run-ins with police officers, according to its supporters.

“Fare evasion is a victimless crime, one that riders almost always commit out of desperation or unknowingness,” OPAL states on its website. “When we need to get home, to a doctor, or to the store, sometimes $2.50 is out of reach. Sometimes our fares expire before we arrive at our destinations.”

The organization claims that TriMet has dropped the project to pursue police expansion and racist profiling on the transit system.

“Where you put your funding is where your priorities are,” Lopez told The Skanner. “TriMet is prioritizing criminalizing low-income folks.”

In defense, Trimet has explained that it is not abandoning a low-income fare program for the new police division. As bond proceeds, the $11 million can only legally be spent on tangible investments, such as a precinct, and cannot be funneled into fare programs or operations.

Altstadt said the transit agency continues to meet with regional partners to devise a funding base to decrease fairs for riders with less means.

“We would love to see a low-income fare,” she said. “But TriMet can’t float the bill alone.” The agency is hoping such funds will be made available through the state’s upcoming transportation bill.

The agency is also asking the legislature for jurisdiction over processing fare evasion citations. Doing so would allow riders with citations to pay a fine or do community service, instead of attending a court hearing.

Furthermore, said Altstadt, the new police precinct would not be used for fare violations.

Citations Up, Ridership Down

Meanwhile, fare enforcement actions – which are doled out by TriMet inspectors and supervisors, not transit police – have risen slightly. At the end of 2016’s calendar year, warnings, citations and exclusions totaled 26,249, up by over 200 from the end of 2016’s fiscal year.

In lieu of its own police staff, TriMet uses a task force model to pull officers from 15 different local law enforcement agencies. Police can apply to serve on the transit police unit -- currently totaling 68 officers -- who are then selected by TriMet to serve on a rotation basis.

With a transit police budget of $12,422,804, TriMet will be upping it by roughly $1.2 million in the 2018 fiscal year. While the agency said it has no plans to hire additional officers, as it expands its service and rail system over the next decade, it’s expecting to increase transit police staff by up to 30 percent.

Faced with community concerns over “uneven” fare enforcement, TriMet partnered with Portland State University to determine if racial or ethnic bias plays a part in how it issues citations.

The report, conducted between 2014 and 2016 by Brian Renauer of the Criminal Justice Policy Research Institute, concluded that TriMet fare enforcement is not systemically biased towards certain races and ethnicities.

However, it did reveal that “repeat violations (for example, getting caught without adequate fare more than once) comprise 25.5 percent of all enforcement incidents.”

African American comprised 36 percent of these repeat violation incidents, while White riders made up 24.9 percent, posing a challenge for TriMet.

Another report, by Investigate West, used 10 years of state court data to determine if racial bias was present in TriMet’s fare enforcement.

While the report cited PSU’s findings, it did bring to light another charge: interfering with public transit. In other words, a conflict that requires the police to be called in.

IPTs were not included in the PSU report, which looked only at fare enforcement actions that are relegated by TriMet personnel.

According to Investigate West, “African Americans have been charged with IPT at a rate up to 6.4 times the rate of white riders over the past decade.” IPTs, which are classified as misdemeanors, can result in fines, community service, and even jail time.

To draw attention to profiling and police presence on transit, OPAL is circulating a petition against the construction of the new precinct. The organization will present the signatures to TriMet’s Board of Directors meeting in May.