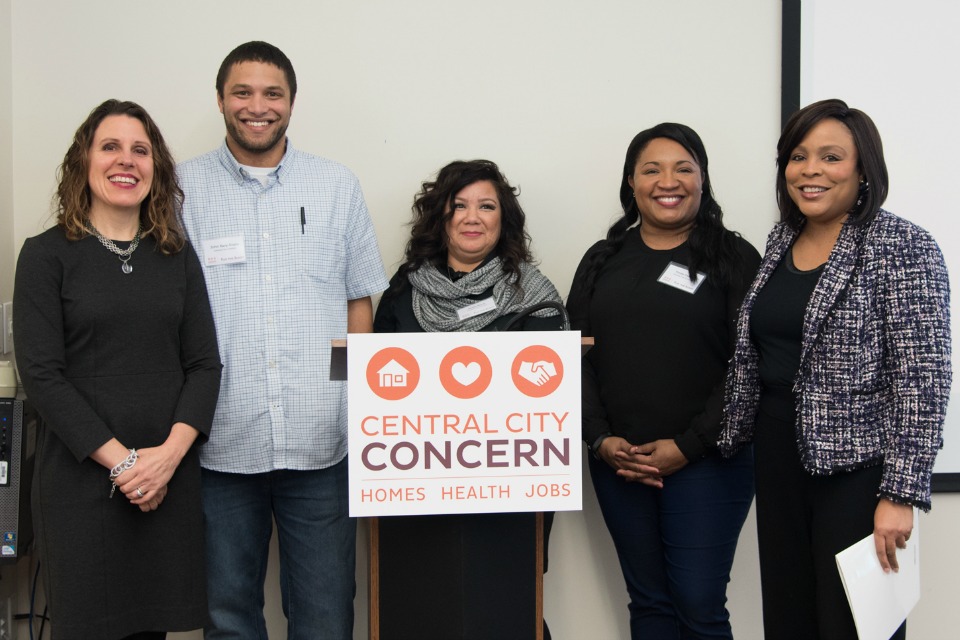 When Freda Ceaser was released from prison in 2004, she was determined never to return.

“While I was there, I saw people come and go, and sometimes two or three times,” Ceaser told The Skanner. “Seeing that helped me realize – you can either learn from this, or you can be that person that keeps coming back.”

Originally from Portland, Ceaser came from a modest family of pastors. She graduated from high school and left home at 18. After losing her apartment, she was living in a hotel with friends. Struggling to make ends meet back in 1998, they shoplifted from a Nordstrom Rack in Clackamas with the intent to return the clothes for cash.

When they were caught, one of her co-defendants engaged physically with the security on duty, which resulted in a second-degree robbery charge for her friends and herself.

Ceaser took a plea bargain, but under Measure 11, the judge gave her a mandatory sentence of five years and 10 months. The amount she stole was less than $100.

After serving her time, Ceaser was eager to move forward with a job and secured housing. But re-entry was another unforeseen challenge. Through numerous routine backgrounds checks, she was continually turned down.

“You do your time, but you’re continuing to pay for your crime,” she said.

Eventually Ceaser walked through the doors of Central City Concern, which serves people impacted by homelessness, poverty and addiction in the Portland metro area. To her surprise she knew the woman behind the desk – they had served time together in prison. Inspired, Ceaser applied for work.

Today Ceaser is the director of employment services at Central City Concern, and is behind its transformative new program called Flip the Script, which aims to end the cycle African Americans face yon returning from prison.

According to Central City Concern’s data, an African American has a 36 percent chance of recidivism (or reoffending) after being released. For a White person, it’s 29 percent.

The organization and its partners -- Multnomah County’s Department of Community Justice, the city and county Joint Office of Homeless Services, and Meyer Memorial Trust – are hoping Flip the Script can reduce recidivism by helping Black parolees get a leg up through housing, job coaching and culturally responsive services.

"We know that here in Multnomah County, Blacks are seven times more likely to be sentenced to prison than Whites,” Commissioner Loretta Smith told The Skanner. “Creating a culturally specific program like Flip the Script for our Black and Brown men leaving prisons is critical.”

A 2016 report from The Sentencing Project ranks Oregon as having the seventh-highest incarceration rate for Blacks in the nation, while African Americans make up only roughly 2 percent of the population. For every 21 Black men in Oregon, one is in prison.

Locally, in the tri-county area, 30,000 at-risk youths between the ages 16 and 24 are not in school and are without jobs. “That's why I have been fighting so long and hard to create a summer jobs program to give these kids a place to go, to provide an alternative to the street,” said Smith.

In Multnomah County, African Americans who are released from prison, jail or treatment can be recommended for Flip the Script through their corrections counselors and DCJ parole officers. The program is projected to serve 150 people in its first year.

Setting it apart from other rehabilitation programs is Flip the Script’s Afrocentric approach.

“Afrocentric therapy is a self-actualization tool. It’s about realizing your own potential, tapping into your ancestry, understanding your culture and exploring what it means to be a Black woman, what it means to be a Black man, and how that in itself creates intersectionality throughout a person’s life,” said Ceaser. “We know our traditional school systems have a very watered down, strategic and intentional way of educating us about ourselves -- and the information is monetary, it’s from a place of power.”

African American peer mentors, who have first-hand experience with the criminal justice system, will also be available on-site to Flip the Script parolees.

“It’s important to have people who look like us, who can relate to those circumstances,” explained Ceaser. “In substance abuse programs, it goes a long way when a person who is new to recovery can sit down with another person who is five years clean. There’s a sense of credibility in the relationship when it’s someone who knows exactly what you’re going through, and is of the same cultural descent.”

Central City Concern suggests that Flip the Script will take six months for participants to secure employment from the time of release. The program is working with advocacy coordinators to gather hard data on its progress, which will be reported back to legislators and stakeholders, including Multnomah County commissioners.

“There is no one solution here. We need to work on the preventive side and on the rehabilitative side,” said Commissioner Smith. “Flip the Script provides much needed wrap-around services for a population long ignored by the system."