Activists Call for Justice After Killing of Teen 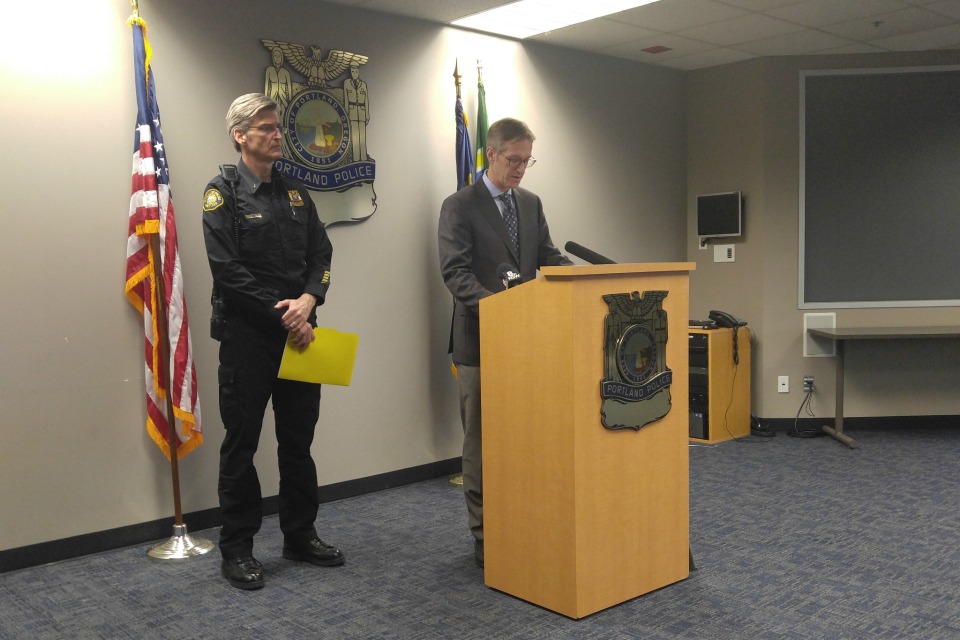 According to the Portland Police Bureau’s press release on the shooting, Officer Andrew Hearst, a seven-year veteran of the bureau, shot and killed Hayes Feb. 9.

Officers had responded to a call reporting an armed robbery at the Value Inn Hotel at Northeast 82nd Avenue. The victim described the suspect as an adult Black male who had fled in the direction of 82nd Avenue. Officers responded to a report of a nearby car prowl and then established a perimeter in the area to search for the robbery suspect. They discovered indications of a break-in at a house on the 8300 block of Northeast Hancock Street and sent dogs in to search the house. Sometime after, officers encountered Quanice Hayes outside. Hearst fired three times, and according to police, when officers attempted to render aid, they discovered the teenager was dead.

Officers released a photo of a replica handgun from the incident. Whether Hayes drew or pointed the gun is unclear.

It’s also not clear whether the canine officers sent to investigate the house were wearing cameras. Police spokesperson Pete Simpson told a Portland Mercury reporter at the scene Thursday they were, but at a Friday afternoon press conference said it wasn’t clear if they were wearing cameras or not. PPB released a booking photo of Hayes along with photos of the replica firearm, but told reporters he didn’t know where or when the booking photo had been taken. Juvenile criminal records are not publicly available.

Hearst, who was also involved in the fatal 2013 shooting of Merle Hatch in the parking lot of Portland Adventist Medical Center, is on paid administrative leave -- along with the two other officers who were at the scene at the time of the shooting -- until the completion of an internal PPB investigation and grand jury.

State medical examiner Karen Gunson has said Hayes was not shot in the back, but has so far declined to describe precisely where officers’ bullets hit Hayes.

At a Sunday evening vigil for Hayes, his mother, Venus Hayes, read the following statement – a video of which was posted to YouTube -- from the family.

“Quanice's personality was magnetic. He was the person you liked and would remember the moment you met him,” Hayes said. “Quanice was a 17-year-old kid that would often prefer to be at home with his family rather than a night out with his friends. He was the oldest of five children. Quanice was the love of my life. Quanice was idolized by his siblings and adored by his family. We're all struggling to find sense in his death and are mourning the loss of a life taken too soon. While we wait for answers surrounding the death of Quanice, we ask everyone to refrain from speculation. Anyone that witnessed the tragic event leading up to the death of Quanice is encouraged to contact the ACLU along with detectives Eric Camara and Mark Slater. We will be taking no questions at this time and we ask that you please continue to respect our privacy while we continue to mourn the loss of my son.”

A White man named Don Allan Perkins, 56, was also shot by Portland Police Feb. 9 after calling 911 to report he was suicidal and taking pills while driving around Southeast Portland. Perkins is also reported to have been carrying a replica firearm, though the events that led to officers firing at him are also unclear and pending investigation. He was wounded and transported to a hospital, and is expected to survive.

Officer Bradley Clark, who shot Perkins, used an AR-15 to shoot a man in Southwest Portland in 2010. He has been with PPB for 11 years.

At a Friday press conference to debrief media on both shootings, Mayor Ted Wheeler said he wanted to refrain from speculation until the investigations are complete, but said the events that happened in Portland Thursday happen “all too often.”

“When the person who is killed is a Black teenager, it taps into deep historical wounds,” Wheeler said.