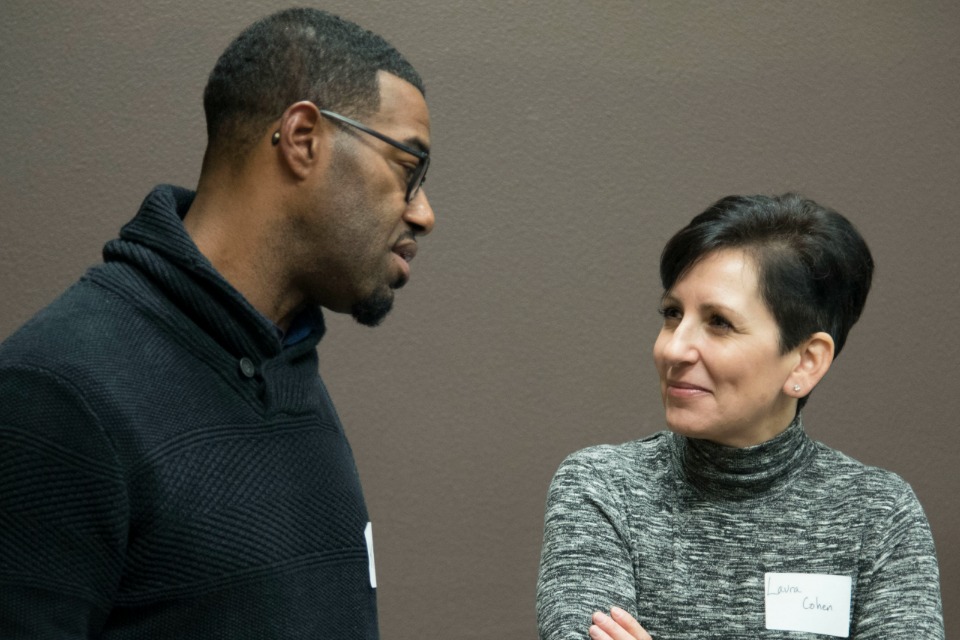 To lower the number of people entering the criminal justice system, a program called Law Enforcement Assisted Diversion, or LEAD, puts treatment ahead of arrests.

In the coming months Portland will be introducing the still largely experimental program that offers social services to individuals possessing small amounts of cocaine, meth or heroin.

“We think our downtown core area is almost tailor-made to hopefully derive the successes that Seattle did,” said Underhill. The DA cites Portland’s persistent issues with open air drug use and a staggering homeless population, particularly around high-pedestrian areas like Old Town, where the pilot program will be launched.

LEAD works by allowing the Street Crimes Unit of the Portland Police Bureau to give low-level drug offenders a choice: they can go the standard route of arrest-prosecution-incarceration, or be sent to a case-management program, which offers support services including transitional housing, counseling, job training and drug treatment.

According to Commander Chris Davis, officers routinely encounter the same individuals on the street – the majority of them struggling with addiction problems.

“Having done a lot of this work myself, you feel for these people, because they’re just stuck in this lifestyle,” said Davis. “The feedback I’ve heard from the officers is that they would like to have another option other than jail.”

“Case managers will also do service brokering,” said Abbey Stamp, executive director of Multnomah County Local Public Safety Coordinating Council. “So not necessarily offering services through that same agency, but being very thoughtful about fit and needs, so that folks get services and treatment through a variety of agencies in our community.”

Underhill estimates that roughly 500 individuals per year – about 80 percent of them homeless – could be offered the LEAD program which, in the long term, would save money that is typically spent on juries, court-appointed lawyers, and trails.

Designed by the National Support Bureau – a partnership between the Public Defender Association and the Katal Center for Health, Equity, and Justice – LEAD aims to remove the conviction barrier that often hinders offenders from landing jobs and homes. Such convictions can also increase tensions between police and communities, especially people of color.

“We have a high disproportionate number of individuals of color, especially people from the Black community, being arrested and being referred to my office for prosecution consideration,” said Underhill.

Nationwide, African Americans are incarcerated at nearly six times the rate of whites, according to research by The Sentencing Project.

The Rev. Dr. T. Allen Bethel, senior pastor of Maranatha Church in Northeast Portland , says the picture is not much brighter in Portland’s Black community.

“If you look at the records, even though the African American and Latino populations are smaller within the city, there are more of them being arrested and incarcerated than others,” said Bethel.

A primary goal of LEAD is to address the disparity in the prison system. According to Bethel, that disparity can be attributed to minorities sometimes lacking access to necessary resources, like treatment or legal assistance.

“Some of them are just repeating the system because they do need help,” he said. “And once they’re released they have no other place to go but back out to what they know is familiar.”

Bethel, who has been actively involved in shaping Portland’s chapter of LEAD, is hoping the program will help offenders break those dangerous patterns to become more productive citizens.

To accomplish that, LEAD follows a basic harm reduction model that works to combat mass criminalization and incarceration in the United States.

The approach is starkly different from the War of Drugs, which tends to put strain on the criminal justice system. Harm reduction, on the other hand, aims to address the problem at the source and aims to alleviate overdosing, street crime and overcrowding of jails.

Since 2007, the rate of women in Oregon going to prison has increased by 22 percent, with 70 percent of those women sent to prison on drug charges or property crime. The Oregon State Legislature has decided to postpone spending $10 million on building a second women's prison – a proposal put forth by the Department of Corrections due to overcrowding of the Coffee Creek Correctional Facility. Multnomah County hopes that LEAD will help hold down inmate population growth by providing long-term support services.

“My office doesn’t operate by thinking a criminal conviction is a success,” said Underhill. “The success is if the person can discontinue or reduce their use of controlled substances as they follow a path toward health.”

A recent evaluation of the program, conducted by the Harm Reduction Research and Treatment Center at the University of Washington, found that people in LEAD were 60 percent less likely to be arrested within the first six months of enrolling in the program. The study also revealed that nearly all participants felt their involvement in LEAD had helped them meet their basic needs, work towards important life goals, and improve their perceptions of law enforcement.

To develop LEAD, the District Attorney’s office has secured $800,000 from the budget of Multnomah County Chair Deborah Kafoury. An additional $200,000 has come from MacArthur Safety and Justice Challenge grant money. The city of Portland is also expected get on board with financial support.

Multnomah County is planning to roll out the first phase of the pilot program in early 2017.

LEAD is also operating in Santa Fe, New Mexico, Albany, New York and Canton, Ohio. Programs are currently in development in over a dozen cities across the country.