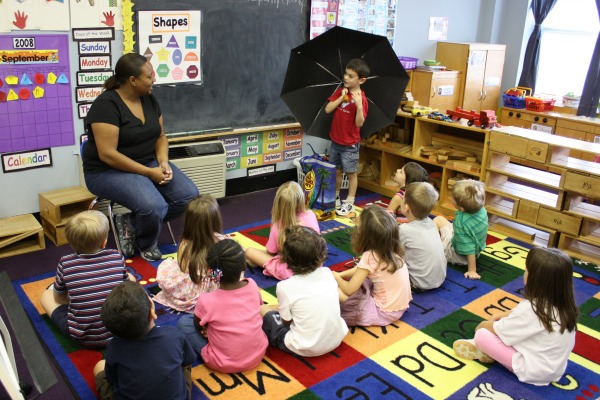 More than one out of every five children in Oregon live in poverty according to the KIDS Count report published earlier this month by the Annie E. Casey Foundation.

The report ranks Oregon 32nd in the nation for child well-being, which measures factors such as the economic security of parents, access to healthcare and quality of education.

Tonia Hunt, the executive director for Children First for Oregon, the state partner of the KIDS Count project, said Oregon’s child well-being rating has been worsening over the years.

“We are continuing to see Oregon’s national rankings drop over a number of years. This is not an aberration in the data, this is now a trend,” Hunt said.

The most dire number from the KIDS Count report was the very low rating of economic well-being of Oregonians, 41 out of 50 -- only nine states fared worse than Oregon.

“Oregon families have just not recovered from the Great Recession at the same rate that other states are showing recovery, and that’s concerning,” she said.

High housing costs also contribute to the struggles of families in Oregon. Nationwide, 35 percent of children lived in cost-burdened households. In Oregon, that number is 38 percent, with 323,000 children living in homes where more than 30 percent of monthly household pretax income is spent on housing-related expenses, including rent, mortgage payments, taxes and insurance.

Hunt says that the rising housing costs in Oregon have become a “significant burden” on the economic well-being of families in the state.

A recent report from the S&P/Case-Shiller 20-city real estate price index showed the Portland metro area had the steepest rise in home prices in the nation. Home prices rose an average of 12.3 percent over the last year -- over twice the rate of growth in cities like Boston, Las Vegas or Phoenix who were all under 6 percent price inflation.

Portland rent increases have been even larger: a report from ABODO.com, an online apartment marketplace, found a 14 percent increase over the course of a month from February to March 2016. Portland saw the largest increase in average rents in the nation.

Hunt said the KIDS Count education rank is also worrying. Oregon was rated 34th out of 50 for a lack of early childhood education, a low graduation rate and lack of proficiency in reading in math. Two-thirds of Oregon students were not capable readers by fourth grade and two-thirds of students lacked math competence at eighth grade.

The 2015 and 2016 state legislative sessions have been working to repair education in Oregon. Hunt said there has been more funding support for preschoolers and students who qualify for free and reduced lunch. There have also been changes in policy to reduce suspensions and to curb chronic absenteeism.

“It is still early to evaluate the impact of these investments and policy changes but we believe there will be positive results in coming years,” Hunt said.

Some of the hopeful highlights from the KIDS Count data involved the health and community structures in Oregon. There are fewer low birth weight babies than the national average, fewer children without access to health insurance and there are relatively few teenage deaths, according to the data.

According to Hunt, these good health and wellness ratings come from policies and investments that had been made years ago, such as the Oregon State Children’s Health Insurance Program (CHIP) which offers low-cost or free health insurance to Oregon to children who are not insured. The 2008 Healthy Kids Plan further expanded access by subsidizing childrens’ health plans for middle income families.

Hunt believes the economic wellbeing and education ratings would be similarly improved with investment and public policy changes such as the $15 minimum wage and the upcoming vote on a corporate tax hike.

“I think it is time to sound the alarm in Oregon,” Hunt said. “It is time for the adults in Oregon to take responsibility for ensuring that Oregon is the place we want it to be for kids.”