All the Flowers That He Planted 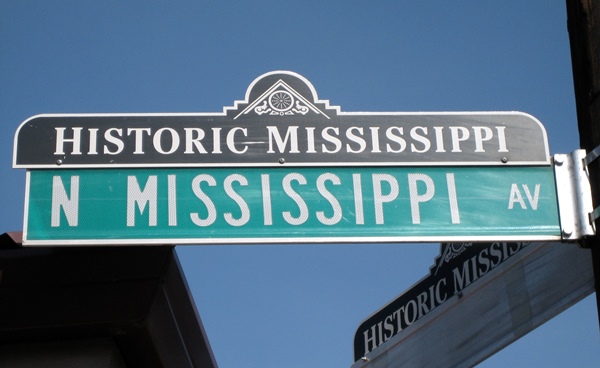 When pop superstar Prince died last week, fans all over the world remembered his enormous creative output, his willingness to challenge cultural norms and his battles with the music industry.

But they also recall a side of Prince rarely discussed while he was alive -- his generosity.

In the mid-1990s, around 1995 or 1996, neighbors say Prince donated $10,000 to Portland's Boise Neighborhood Association to help create a community garden in the area.

The garden – situated on the south side of North Fargo at Kerby, and spearheaded in conjunction with the now defunct non-profit Housing Our Families – only lasted about a year, said longtime Boise Neighborhood Association member Kay Newell, who owns Mississippi Avenue’s Sunlan Lighting. Initial funds went toward the construction of raised beds and purchase of soil for the garden, but there was no water to the area and hauling buckets of water during Portland’s hot, dry summers “got to be too much.”

“He was a very private person but he touched this community in a way, and at a time, when we had so little,” Newell said.

Remaining funds were set aside specifically for neighborhood “greening” projects and ultimately used for small projects like potted plants and painted garbage cans along the Mississippi Avenue corridor.

Karis Stoudamire-Phillips, who serves as treasurer and finance chair for the neighborhood association, said the grant was made before she got involved in the early 2000s – but confirmed that when she started handling the organization’s finances, there were still funds in its account she was told were from a grant from Prince and that were specifically earmarked for neighborhood greening projects. Stoudamire-Phillips created a grant application process for small projects in that category.

According to Newell, someone who served the neighborhood association’s board in 1996 helped secure the funds, though she wasn’t sure of the exact details regarding who made contact with the Minneapolis-based recording artist.

The story North Portland neighbors have shared is similar to others that have surfaced in the last few days portraying Prince as someone who gave generously, but quietly, to a variety of causes – some high-profile, others less so.

The Rev. Al Sharpton told the New York Daily News Thursday that in 2012, Prince approached him to offer financial assistance to the family of Trayvon Martin after the unarmed teen was killed by neighborhood watch volunteer George Zimmerman.  Insider Louisville reported that in 2001 he gave $12,000 to keep Louisville’s Free Public Library afloat. Built in 1905, the institution was the first full-service library in the country specifically to serve African Americans and employ African American staff.

Newell said after the neighborhood association received the gift, they sent Prince a thank-you letter, and later they sent a progress report detailing how funds had been disbursed.

“I don’t remember what his exact response was, but I remember that it was gracious,” Newell said.

Laura Niemi, the program manager for the city’s community gardens program, was not able to say whether the Boise Neighborhood Association had approached the city about water access at the Fargo garden, due to the combination of staff turnover since the 1990s and the fact that paper records from the period may have been lost or recycled. She said the department did briefly investigate opening a garden at North Fargo and Borthwick in 2010, but the project didn’t go anywhere.

Newell said the occasion of Prince’s passing made her realize there are probably few people left in North and Northeast Portland who remember the artist’s generosity toward a struggling community.

“I just think we ought to, as a community, honor a man who was so generous with his money,” Newell said. "Hearing the news, I realize this was not an isolated incident. In fact, this was the kind of man he was. His music was a gift from God and he gave back to the world.”