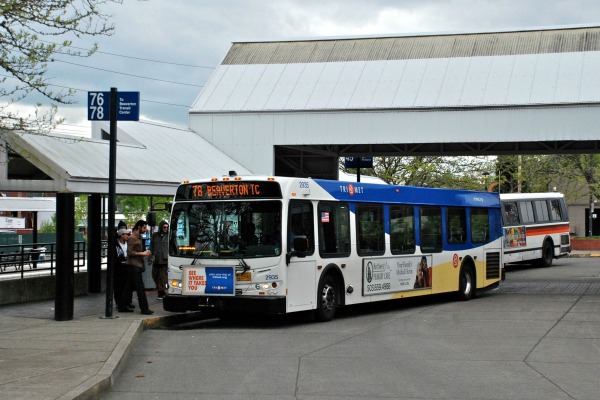 BRU organizers are concerned about a host of recent changes that create a greater burden for low-income riders who depend on public transportation. The new budget doesn’t include an increase in regular fares, but is the first full budget to include last September’s increase in honored citizen fares for seniors and people with disabilities.

The proposed low-income fare would be the same as the honored citizens’s fare -- $1.25 per ticket. The agency currently provides fare assistance and fare relief programs in the form of grants to qualifying nonprofits,  but does not offer different fares for low-income riders who do not have a qualifying disability, though Seattle and San Francisco do.

BRU organizer Nic Phillips said the elimination of the fareless square zone in 2012 and a fare hike that same year have placed a substantial burden on low-income riders, and a reduced fare could mitigate that problem.

“With low income fare, this will provide a needed break for families and individuals who are already paying a large burden of the system operating,” Williams told The Skanner.

While TriMet’s website touts Hop FastPass as a more convenient way to pay for bus fare, since riders won’t use cash or need to find exact change, BRU’s organizers are concerned the system will be less convenient for some riders. While the reloadable fare cards will be available at retail locations, and riders can reload cards every month using cash or cards at a retail outlet or online, organizers have said the logistics of purchasing or reloading a card will be difficult for some users, like those living in less developed neighborhoods and those who don’t have bank accounts.

“Normally when there is a major change in the system, because it is still a public service, they have to speak with the public before they make those changes,” Phillips said. “With e-fare, it’s been kind of backwards.” She said the agency didn’t start soliciting public comment on the change until late last year – after it had already begun publicizing the concept – and it has already begun installing e-fare machines.

Phillips, who said she first got involved with BRU about three years ago, said the organization has been considering proposing a low-income fare for a few years. With the implementation of e-fare coming down the pike and sharp increases in housing costs burdening low-income people throughout the metro area, now seemed like the right time to bring the idea before TriMet.

“A lot of people are struggling right now. Many people are living paycheck to paycheck. With what’s happening with housing and everything, every little bit helps,” Phillips said.

The Skanner News was not able to reach TriMet for a response to BRU’s proposal.