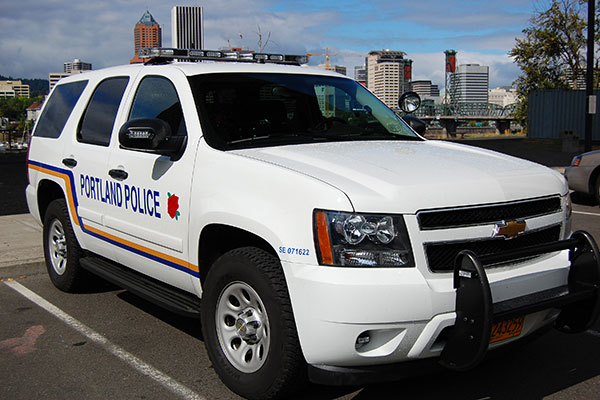 African Americans are overrepresented at every level in Multnomah County’s criminal justice system, according to a report released last month by the American Civil Liberties Union of Oregon, the Oregon Justice Resource Center and the Partnership for Safety and Justice.

The Racial and Ethnic Disparities report was produced by independent researchers for Multnomah County as part of the MacArthur Foundation’s national Safety and Justice Challenge, a project that seeks to reduce over-incarceration. It was released internally to county officials last fall but only made public in mid-February.

The report broke down experiences like referrals to the district attorney’s office, arraignment and prosecutorial charging, assignment of court-appointed counsel and pretrial release by demographics. It found cases where the suspect of a crime is Black were 440 percent more likely to be referred for prosecution; Black offenders were 29 percent less likely to have cases diverted and 700 percent more likely to be referred to jail or prison. 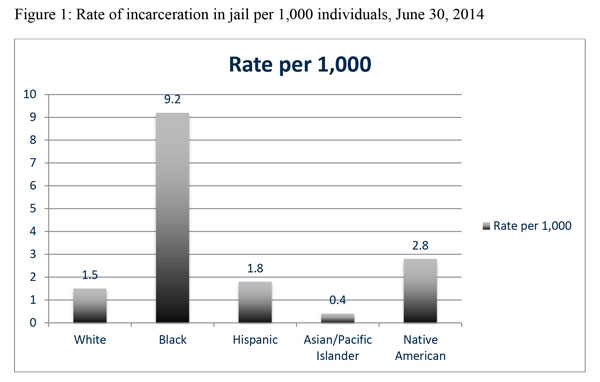 From the Racial and Ethnic Disparities and the Relative Rate Index (RRI). Figure 1 indicates for every 1,000 Black adults in Multnomah County, there are 9.2 Black adults in jailThe report also shows notable disparities for other racial minorities – including disproportionate representation of Hispanic and Native American populations in jail.

What it doesn’t do is ask why the disparities exist, or make recommendations for change. Now stakeholders – including Metropolitan Public Defenders, the ACLU, Oregon Justice Resource Center and Partnership for Safety and Justice – are asking the county to take steps to address those disparities.

Lane Borg, the executive director of Metropolitan Public Defender Services, said in a press statement released by the ACLU of Oregon that the organization would like to see “measurable goals in place” to understand and reduce disparities.

“Multnomah County is to be commended for participating in the Safety and Justice Challenge. But now all of us working within the criminal justice system need to take ownership,” Borg also said.

A 2011 report on youth tried as adults in Oregon produced similar findings: that youth of color, particularly African American youth, are much more likely to be tried as adults than White youth.

That report showed that while just 4 percent of youth under 18 in Oregon are Black, they represent 19 percent of Measure 11 indictments. A majority of indicted youth end up with plea deals that allow them to sidestep mandatory sentences, but still leave them with adult convictions on their record.

In general, hard data offering demographic breakdowns in the criminal justice systems can be scarce, at least in local jurisdictions. An internal report showing Black inmates in Multnomah county jails are more likely to be subject to use of force didn’t become public until February, after local media filed public records requests for it. Amanda Lamb, the Multnomah County sheriff’s office analyst, lost her job just days after presenting the report to county officials.

Multnomah County Sheriff Dan Staton has said Lamb was terminated for financial reasons, not because of the report. Staton is currently the subject of a sexual harassment claim by a female deputy and is also under investigation by the Department of Justice due to allegations he gathered information about a committee formed to research whether the sheriff’s position should be elected or appointed.