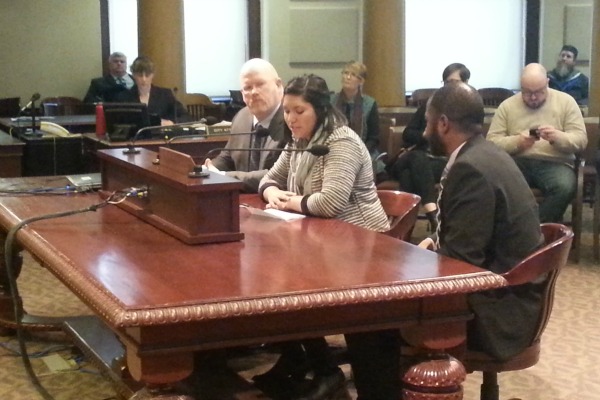 When Katherine Quaid spoke to Portland City Commissioners, she wanted them to know what it was like to be a person of color seeing history through a White lens.

A citizen of the confederated tribes of Umatilla, Quaid described a shallow representation of indigenous peoples in history lessons. She said maybe students knew about the Trail of Tears or Wounded Knee, but they did not get a deep understanding of indigenous culture.

“What we do not learn is about the contemporary American Indian cultures, issues, policies … and how our history has been skewed by the pen of the colonizers, favoring those of European descent while shutting out everyone else,” Quaid said.

Quaid testified on behalf of the Our Stories Matter campaign from the non-profit Know Your City. The new initiative seeks to diversify Oregon Studies curriculum for students in grades 3 through 5 in the Portland region.

The state of Black education in Oregon is changing through multiple efforts to create culturally relevant curriculum and the passage of a new legislative bill to address the achievement gap for Black students. Advocates are pushing beyond token policies and unfunded mandates and directly asking legislators to fund underserved students.

At City Hall, Know Your City Executive Director Cameron Whitten asked for $35,000 to fund “Our Stories Matter.” Mike Rosen of the Portland Public School Board also testified. Rosen said he would be asking PPS to financially contribute as well.

Whitten told the council the state requires Oregon Studies but doesn’t mandate it be culturally inclusive. In 2013 Senate Bill 739 urged the Department of Education to look at race specifically, but the law did not change Oregon Studies standards.

Karanja Crews, the founder behind the Teaching With Purpose pedagogy has been advocating for culturally inclusive curriculum for over 15 years. Crews told The Skanner News that current education equity policy needs to be put into practice.

“There are tons of equity policies we have in place at the state and at districts, but a lot of times the community doesn't know about it,” Crews said. He said there are good equity laws in place about multicultural education and disproportionate discipline, but these laws have little effect if they aren’t enforced.

In January, Crews held a Teaching With Purpose town hall to connect these policies with community members. In June, Crews will host a culturally relevant curriculum boot camp to help educators craft their own diverse and responsive courses of study.

The town hall was an opportunity to discuss House Bill 2016, passed by the Oregon State Legislature last year. The law directs the Oregon Department of Education to create a plan focused on closing the achievement gap for Black students.

Charles McGee presented the legislation at the Town Hall and has plans to travel throughout Oregon to reach out to the Black community. McGee is cautiously optimistic about the plan and the other community efforts to improve education for Black students.

When people from the Our Voices Matter campaign testified at city hall, they brought up a variety of reasons culturally relevant education is beneficial to students.

Quaid urged the council to fund the curriculum, because she believes every student should have the opportunity to thrive.

“We all have to work together to create something of value because education is a human right and every single person and student deserves to be successful,” she said.