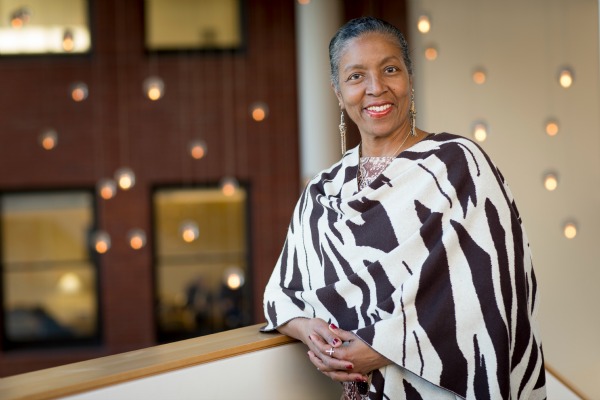 As Breast Cancer Awareness Month came to a close at the end of October, the American Cancer Society delivered a distressing report on breast cancer rates for Black women.

For the first time, the number of African American women who develop breast cancer has risen to match the cancer incident rate of White women. This news is alarming because Black women are more likely to develop an aggressive type of breast cancer that is harder to treat and more deadly.

Dr. Nathalie Johnson, the medical director of Legacy Cancer Institute, said most African American health interventions focus on hypertension and many Black women may not know how deadly breast cancer is.

“Breast cancer is currently the leading cause of death for African American and Latino women from age 45 to 60,” Johnson said.

Johnson has a close understanding of breast cancer -- from both her professional work and her personal life. Her mother had breast cancer at age 39 and Johnson herself was diagnosed with an aggressive form of the cancer in 2013.

There are numerous health disparities between Black women and White women with breast cancer. Black women are more likely to be diagnosed at a younger age. Johnson said it is common to see African American women who have breast cancer in their late 30s.

According the American Cancer Society, Black women are nearly twice as likely to have triple-negative breast cancers. These types of cancers do not respond well to hormone therapy. Women treated for triple-negative cancers need to have more aggressive treatments such as surgery, radiation therapy and chemotherapy.

Johnson said there is research being done on Black women both here in the United States and in Sub-Saharan Africa and the triple-negative breast cancer, but researchers don’t have the answers yet.

“That's our toughest breast cancer. We haven't figured it out completely,” she said.

This type of cancer is also more likely to metastasize and spread to other parts of the body and has higher rates of recurrence.

The study concluded that the rise in breast cancer rates among Black women and higher incidences of aggressive triple-negative cancer types will lead to more health disparities between the races.

The American Cancer Society has recently revised its recommendations for early breast cancer detection in women with no symptoms and a normal risk for cancer. It was previously recommended to get a mammogram every year starting at 40 and to do breast self-exams.

The controversial new guidelines suggest optional mammograms for those 40 and older, but doesn’t recommend getting yearly tests until age 45, and then mammograms once every two years starting at age 55. Under the new guidelines, breast self-exams are not recommended.

Johnson said these new guidelines are a result of politics that do not reflect the risk African American women face with younger diagnoses of aggressive breast cancers.

“We have to say, starting at age 40, ‘Get your mammogram.’ Because we have a higher risk and we don't often come up as high risk on some of the traditional scales that are used,” Johnson said. These traditional assessments include family histories that predict only about 10 percent of breast cancer cases.

Johnson advocated that women continue to do breast self-exams, because that is often how younger women discover lumps. She also said women should get yearly mammograms, since triple-negative type cancers have a faster growth rate than other breast cancers.

Although the study did not definitively determine why African American breast cancer rates are rising, it pointed to the rise in obesity as a contributing factor.

Johnson said the development of breast cancer is related to the Insulin Growth Factor hormone, which increases with obesity. In addition to getting regular, early mammograms, Johnson suggested maintaining a normal weight to defend against cancer.

“Obesity is associated with higher rates of cancer; our rates of obesity went up quite a bit.” Johnson said. “That's a national trend, we have more obese adults and children than we have ever had before, but our rates are particularly high. That's a bad association with breast cancer.”