Oregon Economy Grows, but Who Benefits? 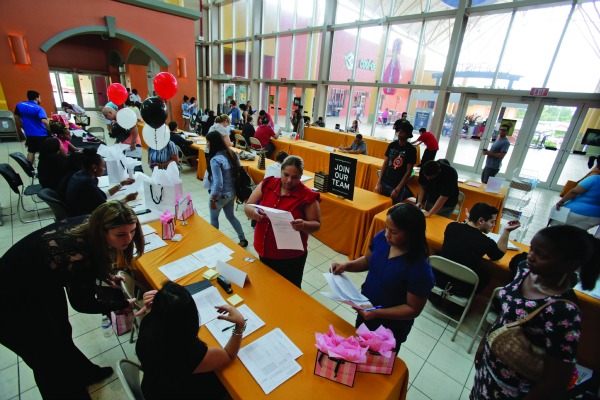 These numbers dipped slightly in September 2015 with a loss of 5,300 jobs. David Cooke, state economist, cautioned against concern over the recent job losses.

“If you look at the longer-term picture, jobs have been growing pretty rapidly for Oregon,” Cooke said. The adjusted growth rate of 2.9 percent in Oregon is faster than the national average.

Who is benefiting from this economic recovery?

The Oregon Center for Public Policy released a report charting poverty levels in Oregon during the economic recovery. The report states that more Oregonians are living in poverty now than during the Great Recession of 2007-2009. According to federal poverty guidelines, a family of four with an income of less than $24,230 per year is living in poverty.

The report also states there are nearly three times the numbers of African Americans living in poverty than White people. An estimated 38.3 percent of Oregon’s African Americans experience poverty, compared to the White rate of 13.9 percent.

The report concludes the recovery from the recession has been uneven for communities of color and that many people are struggling to pay for their basic needs.

The calculations of the Oregon unemployment rate and the poverty levels come from household surveys from the U.S. Census Bureau. The bureau surveys households asking questions about population, housing, age, education and income.

Cooke said the numbers for statewide demographic data have a high margin of error because of the small Black population in Oregon. According to Census data, just 2 percent of Oregonians are Black.

“It is a fairly small number of households being surveyed, and then you are talking about a population that is the size that it is, compared to that thousand for the whole state, there is going to be a high margin of error for that figure,” he said. Cooke said to look at national demographic data for a more accurate picture of employment rates.

In the 2015 State of Black Oregon report, the Urban League of Portland developed a jobs plan for Black Oregon. The plan outlined five major strategies to increase Black employment: