Seniors Can Now Age in 'Villages' 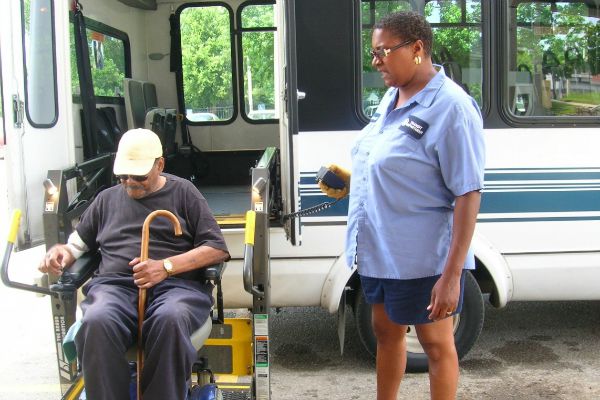 According to a 2011 AARP study, nearly 90 percent of people over age 65 want to live in their homes as they age.

But, health issues, the loss of mobility and the need for help with home maintenance can threaten that independence.

Throughout the Portland area, there are seven virtual retirement villages in development that will enable people to age in their own homes with the help of an online network.

The Skanner News spoke with Patt Opdyke and Margaret Baldwin who are creating villages in the Portland area. Opdyke spearheads the North Star Village which serves neighborhoods in North Portland, the city of Linnton, Forest Park and Sauvie Island. Baldwin organizes the Northeast Village PDX, which covers neighborhoods north of the Banfield expressway, from the Concordia neighborhood to 122nd avenue.

They said older people will need help with “honey-do” tasks such as flipping mattresses or climbing ladders to change light bulbs or clean gutters.

“It's those little tasks that, if a person can't do them, life can become difficult. But if you have someone doing them, then you can remain living independently very comfortably,” Opdyke said.

The village movement was created so seniors could have access to help without giving up their independence by living in a nursing facility. In a virtual retirement village, services are brought to the elderly in their homes. Villages are networks that connect seniors with community resources, home health care agencies and volunteers.

Baldwin said this model is more efficient and cost effective because it connects seniors only to services they need instead of paying for full retirement care.

“It’s a much less expensive option than going to a retirement community where all of these services would be available, but it is very expensive,” Baldwin said. The Genworth Financial company estimates the median price of assisted living care in Oregon to be $46,560 per year.

The first virtual retirement village was started in 2002 in the Beacon Hill neighborhood of Boston. Since then, over 150 more villages have established themselves and there are 120 more in development worldwide.

Each village is a grassroots effort; the structure is based on the needs of the communities it serves. The villages in North and Northeast Portland are planning to have a network of social service and home health care agencies, strategic partnerships with neighborhood organizations and social and cultural activities.

There are also plans for a vetted vendor program that reviews and approves licensed contractors who perform home maintenance. Opdyke and Baldwin said it is important to verify services so seniors can feel safe opening their doors without being scammed or sold unnecessary upgrades.

Both Baldwin and Opdyke said that transportation was the biggest need for seniors who want to remain living in their homes. Some villages hire drivers, others rely on volunteers.

Opdyke said the social membership is one of the most important parts of the village. In other communities there are potlucks, social events, book clubs and exercise groups. She believes having a community keeps people feeling engaged.

“People build this tight-knit group and people feel like they belong, they feel like there is still something to wake up to in the morning to look forward to,” Opdyke said. “That is just as powerful if not more powerful than probably anything else that we could provide.”

Most villages are yearly membership organizations. The developing villages are still figuring out their due. Opdyke and Baldwin are looking at Eastside Village in Southeast Portland which is launching next month.

Eastside Village charges $500 for a single person or $740 for a couple each year. There is also a reduced charge for people who want only a social membership.

Baldwin said the biggest challenge in developing the village is marketing. She wants to reach people who are older than 65 years old who may not be using the internet. It is a challenge to describe a virtual village when most people think of a brick and mortar building, she said.

She also wants to be able to reach the diverse racial and ethnic groups in Northeast Portland, so their needs are included in the growing community.

A large appeal of aging in place is the idea that both the younger generations and older generations benefit from living in a multi-generational neighborhood.

For more information on the Northeast Village PDX email nevillagepdx@gmail.com or call 503-895-2750.

For more information on the North Star Village email northstarvillage@comcast.net or call 503-978-0540.