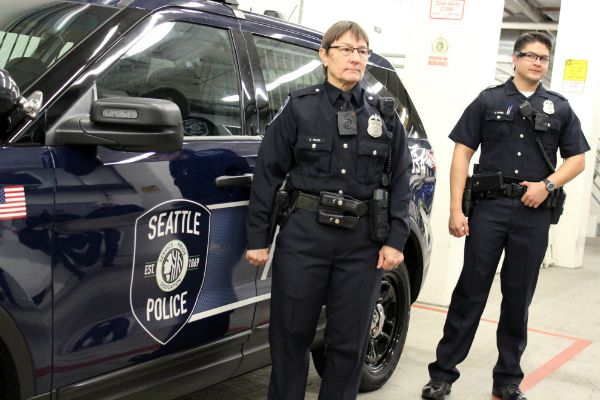 Propelled by the deaths of Eric Garner, Tamir Rice, Michael Brown, Walter Scott, Freddie Gray and others, the Black Lives Matter movement has made police accountability a national discussion.

This session, the Oregon Legislature responded by passing a number of bills that protect civil rights and increase police transparency. The Skanner News contacted the American Civil Liberties Union of Oregon to discuss these new laws and what they mean for Oregonians.

The new police accountability bills that have been signed into law are:

All three house bills were sponsored by Rep. Lew Frederick, who represents North and Northeast Portland.

Kimberly McCullough, the legislative director for the ACLU of Oregon, said the bills check authority with increased accountability.

“We entrust police officers with extraordinary authority, including the ability to use force when needed, even deadly force,” McCullough said. “This authority must be balanced with transparency and accountability in order to deter and expose misconduct, protect individual rights and liberties, and promote public safety.”

McCullough said this expanded definition is important because many different populations are profiled. The ACLU of Oregon’s stance on profiling is that it is a false assumption that membership in a group means criminality, and that this assumption is often based on implicit bias and stereotypes.

“Police body cameras have significant potential as a tool for accountability by capturing video footage of misconduct,” she said. “Body cameras are also a surveillance tool and pose significant risks to privacy.”

The ACLU of Oregon participated in a work group that added many provisions into the body-camera bill that became law. One provision was that cameras needed to record continuously when police interact with a suspect instead of allowing officers to pick and choose recording times.

Body cameras should be used only during legitimate law enforcement purposes and cannot use facial recognition or other biometric matching technology to analyze recordings. These were added to the bill to protect people from excessive surveillance and invasion of privacy.

The legislation also made rules concerning the ownership and release of video footage. Even if third-party vendors supply the cameras, they do not own the film.

“It should not be a crime to pull out a phone, hold it up, and record an officer who is engaged in misconduct,” McCullough said.

But the rules about recording police in Oregon were unclear.

National courts have agreed that the right to record the police is protected by the First Amendment, but in Oregon, recording police conversations violated an eavesdropping law. Before HB 2704 was passed, a bystander needed to announce to the officer that he or she was recording.

McCullough said this was not only inconsistent with constitutional rights but dangerous to interfere with an officer who is actively engaged with a suspect.

It is a routine procedure to search a cell phone during an arrest. With the aid of forensic cell phone data extraction devices, an officer can crack cell passwords, bypass user locks, recover deleted files and access data right there on site.

“As technology advances, our digital footprints expand, containing more and more data about the most intimate aspects of our lives,” McCullough said. Gathering this much personal data this quickly was impossible before the age of smartphones.

The ACLU of Oregon co-sponsored SB 641 with Sen. Chip Shields to protect privacy by requiring police to obtain a warrant before accessing phone data.

Evidence gathered without a warrant cannot be used in court or to establish probable cause, and the courts may order law enforcement to purge duplicated data if defendant files motion for return of property.

Some of the laws have been made in response to new technologies such as body cameras, facial recognition software, and smartphone data miners. As the technology evolves and becomes integrated into law enforcement procedures, accountability laws change and adapt.

McCullough said the legal reforms are just one part of police accountability; there is also implementation, training, monitoring and oversight. Beyond these laws, there could be more civilian oversight of police practices, reduced use of deadly force and more women and minorities in police forces.

“While these laws are important and helpful, there is much work to be done,” she said.