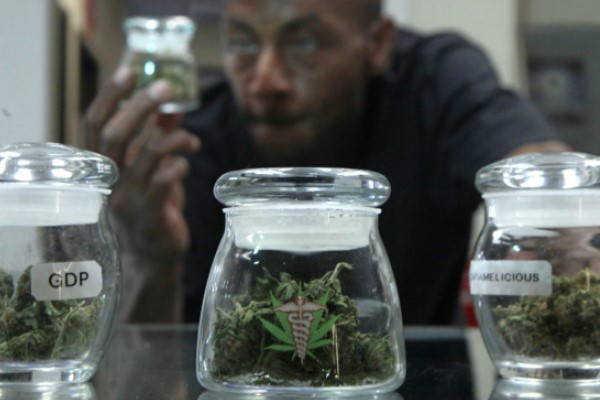 Washington may be known as the ‘Emerald State’ but soon, here in the Beaver State things are going to be getting a lot greener too.

That’s because, come July 1, Measure 91 -- the law legalizing recreational marijuana usage in Oregon for persons 21 and up -- goes into effect.

While the date is fast approaching, questions around how pot will be regulated rest on the shoulders of the Oregon Liquor Control Commission.

Another issue is: How will Black Oregonians figure into this new industry, which is expected to generate tens of millions of dollars in revenue?

“We need African Americans in these industries,” says Michael Harper, one of three Black members of the OLCC Board of Commissioners.

Those with a ‘green thumb’ and an entrepreneurial spirit will have to wait until Jan. 4, 2016, to apply to get their hand in the industry

The laws around cannabis possession and consumption kick in first; for those who would open a business, the licensing process starts later.

In other words, July 1 marks the beginning of legal cannabis possession and usage. The law allows adults 21 and over to possesseight ounces of marijuana and grow no more than four marijuana plants in their households (although for public possession, you are limited to one ounce).

Those with a “green thumb” and an entrepreneurial spirit will have to wait until Jan. 4, 2016, to apply to get their hand in the industry.

As it stands now there are four different licenses to be obtained for anyone going into the business of marijuana: They are for growers, processors, wholesalers and retailers.

OLCC says the number of licensing opportunities may expand as they smooth out details of regulation over the next year.

(It should be noted that the new laws do not affect the 16-year-old Oregon Medical Marijuana Plan.)

Part of the OLCC’s process of figuring out the rules has involved a series of public listening sessions they held across the state; the public hearings concluded in Portland this month.

Commissioner Harper, who is African American, says the Black community’s lack of turnout was disheartening.

Tom Towslee, spokesperson for the OLCC, says that assuring minorities and women get a fair shake in obtaining licenses is something they will “definitely be looking at.”

“That will be part of the commission’s authority and responsibility when it gets around to adopting the rules to implement the law,” Towslee says.

Oregon is largely using Colorado as a model for formulating the new rules because the Boulder State also had a medical marijuana program, he said, and the diversity of licenses awarded will depend on how diverse the applicant pool is.

Towslee says he’s seen an array of projections on how much sales will generate for the state, ranging from $5 million to $44 million.

But he cautions the numbers are only speculation and hard facts on how Oregon’s faring won’t be available probably until sometime in 2017.

“We are still writing the rules for implementing Measure 91,” he said this week, “but I can tell you that the commissioners are committed to giving everyone an opportunity to engage in the marijuana economy.”

Washington had a messy retail rollout last year, with each of the 24 licensed shops running out of supply within the first two weeks last summer.

Since then the number of licensed shops has grown to 99, with state officials projecting revenue at $694 million through the middle of 2019.

Ironically, experts say that despite the new market opening up, a lot of longtime are likely to stick with the sources they used originally to get their pot.

According to an OLCC study, 91 percent of weed purchasers got their bud from family and friends.

That so-called “black market” is the subject of new legislation put forth by state Rep. Lew Frederick. House Bill 3372 would allow for sentence reductions for marijuana-related crimes (like distribution and use) and in lighter cases, record expungement.

According to the ACLU, 52 percent of all statewide drug arrests in 2010 were linked to marijuana. Though research shows cannabis usage is fairly even amongst Blacks and whites, Blacks are four times as likely to be arrested for possession.

“A lot of people are going to be making a lot of money for the same activities that other people are still incarcerated for, or living with a lifetime of consequences," Frederick says.

His comments mirror those of acclaimed civil rights advocate and writer Michelle Alexander, who penned the New York Times best-selling book, “The New Jim Crow: Mass Incarceration in the Age of Colorblindess.”

For more information on Measure 91 and the upcoming rulemaking around it, visit www.Oregon.gov/marijuana