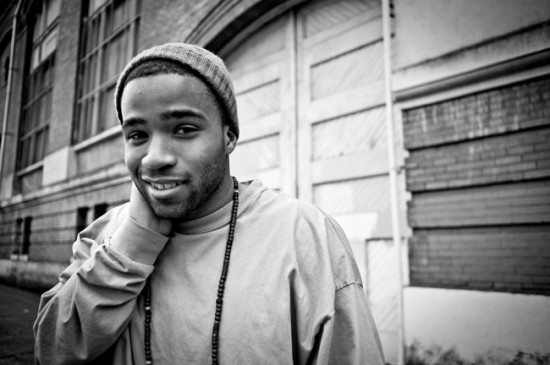 The City of Portland’s reported “war against hip hop” just got hotter.

Community outrage over what some see as a racist targeting of hip hop events peaked over the weekend when recording artist Luck-One and Illmaculate’s Saturday night show at the Blue Monk was halted, reportedly by the Portland Fire Marshall due to overcrowding.

A Portland Police spokesman confirmed Monday that Gang Enforcement Team members were there, although, he said, the Blue Monk has no history of gang activity.

Illmaculate reportedly left his own show in protest after authorities entered the club.

“I will not perform in this city as long as the blatant targeting of black culture and minorities congregating is acceptable common practice,” he tweeted.

The Independent Police Review division Tuesday announced an investigation into the Portland Police actions at the Blue Monk nightclub on Saturday night that led one of Portland’s most successful hip hop artists to call a personal boycott on performances in the city.

The City Auditor’s Independent Police Review Division (IPR) will be conducting a review of the Portland Police Bureau’s policies and procedures that relate to its interactions with hip-hop music events and venues. IPR staff members will conduct interviews with members of the community, music industry, and the Police Bureau.  When IPR’s review is complete, it will issue a public report.

Reviews of this nature are part of IPR’s overall mission as defined in Portland City Code 3.21.010 to act on issues of community concern, “with the goals of safeguarding the rights of persons and of promoting higher standards of competency, efficiency and justice in the provision of community policing services.”

“Members of the mayor’s staff have been working on this topic for some time now, and met with industry representatives on Monday for our own education and information gathering, in an effort to ensure that all fans have an opportunity to enjoy any music in a safe, comfortable atmosphere. Mayor Hales supports a review of police procedures in this area, which was announced today by the Independent Police Review.”

The Oregonian reported that the Fire Marshall called Portland Police to the scene, and that law enforcement “blocked street access to the club and limited access to the event.”

Illmaculate, as well as Luck-One and the third artist on the bill that night, Mikey Vegaz, have all recorded musical tributes to Portland and often feature lingering, beautiful shots of the city in their music videos.

But Luck-One recently moved to New York City, in part because local government agencies have stifled the hip hop community to the point where he can’t make a living, he said in a recent interview with the Willamette Week.

It was a remarkable statement from an artist whose music video, “Sounds of My City,” features expansive views of Portland and stands as a kind of bittersweet love letter to the town.

“I personally am not interested in trying to make any more of a name in a city so racist the police are sent out to every rap show to terrorize concertgoers in an attempt to re-create the city in the image of a cable TV satire,” he said.

“If you wanna stick around 'til they reinstate the Fugitive Slave Law and make it illegal for negroes to congregate, that's your business.

“I love Portland and that's always going to be home but the repression against black culture is really disgusting at this point,” Luck-One told the Willamette Week.

Portland Police spokesman Pete Simpson said Monday that the police did not shut down the venue. In response to questions from The Skanner News, he wrote:

Neither PPB nor PFB shut down the concert and the manager thanked both for assisting in managing the crowd.

I’m not aware of any gang-related incidents at the Blue Monk.

Regarding the community concerns, I think the anger is misdirected. We, along with the Fire Marshal, have a responsibility to make sure venues are safe for patrons and performers. When bar or club allows too many people inside and has inadequate measure to handle any emergencies, they place patrons and performers in danger. Sadly, we have seen incidents across the globe were clubs exceed capacities and people get hurt or killed in tragic events.

Despite some press reports to the contrary, a spokeswoman for the Oregon Liquor Control Commission said Monday that there were no OLCC officials at the Blue Monk and that the agency had nothing to do with the incident.

Currently, the Skanner News can only identify two Black-owned bars, taverns or nightclubs – as distinct from restaurants or cafes that serve alcohol – in the Portland area: Clyde’s on Northeast Sandy Boulevard and Olive or Twist, a martini bar in the Pearl District. (Know of others anywhere in the state of Oregon? Email their names to [email protected])

A third, the Fontainbleau nightclub, was shut down by the OLCC and the Portland Police last year after a fatal shooting outside the club.

Other bars and taverns with recent shootings, including fatalities, on their premises have not been closed.

A spokesperson for the OLCC says the agency does not track licenses by race.