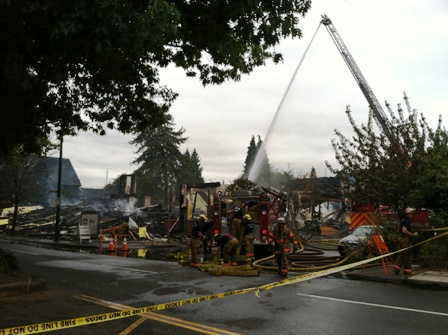 The Portland firefighters union is joining forces with state lawmakers and a local neighborhood association to help residents caught in the big fire on Martin Luther King Boulevard last month.

City officials estimate the damages at $5 million from the blaze, which destroyed an entire building that had been under construction while damaging all the surrounding buildings on the west side of Martin Luther King Boulevard at North Monroe Street.

If you can't make the dinner but want to send a donation, please send it to: