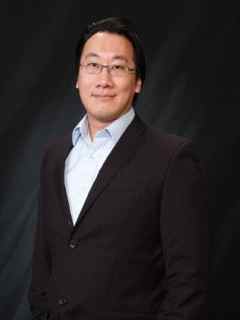 Former Portland State University student Henry Liu's lawsuit against the college for allegedly violating his rights in an expulsion hearing is gaining momentum.

The Oregon State Court of Appeals on Aug. 15 denied PSU's request to dismiss the case, which means Liu's legal team is filing opening arguments in state appeals court by the end of the year, Liu's attorney Michael Rose said this week.

And this summer, as Liu's defense has picked up steam, an online petition he mounted against PSU administration on www.change.org  has sent more than 2,200 emails from around the country into the inboxes of PSU administrators -- as well as Oregon Gov. John Kitzhaber and an array of elected officials.

The former Portland State University conflict resolution student was locked in a psychiatric ward for six days and expelled from PSU in April of 2012 after allegations that he threatened a professor – allegations made by an accuser that PSU has allowed to remain publically unidentified.

A Portland Police Bureau report on the case alleged that Liu lied when officers asked him if he had guns in his apartment; officers said in the report that Liu had too many bullets; and the officers questioned the student's explanation for why he had a blood blotting first-aid pack and emergency travel bags.

But the sensational police reports failed to sway the Multnomah County District Attorney's office, which has never brought any charges against him.

Liu has consistently maintained that he never threatened anyone, that the unnamed accuser is not a credible witness, and that he was racially profiled as a "crazy Asian shooter."

Last year he filed suit against the University for violating his procedural rights in publicizing the alleged threats on the internet and denying him due process in expelling him from the school.

Liu, who had already been accepted at Willamette University law school with financial aid, says the situation destroyed his personal reputation and his future life plans as well as damaging his family – his father and mother have moved back to China in part due to the negative publicity, and Liu's father, a doctor, has been forced out of retirement to pay debts related to the case.

Willamette University dropped him in the wake of Portland State's allegations.

If Liu wins his case in the state courts, it could be a landmark case for college students contesting an expulsion; if he wins, then every university student who has been expelled or suspended without a "contested hearing" for the prior two years, which is the statute of limitations, might get the right to file suit against their college for denying them due process, and for damages.

Before his life was upended by Portland State administrators, Liu was an A-student in the graduate school of Conflict Resolution, and had worked successfully as a City of Portland intern mediating a community dispute case in North Portland.

He was looking forward to attending law school at Willamette University, where he had already won financial aid.

Currently Liu, a former businessman of Chinese heritage who grew up in the Midwest, is putting together new law school applications for a short list of universities, aiming for fall of 2014.

Liu's petition for redress from PSU, on www.change.org, is titled, "Portland State University: Procedural Violations and Institutionalized Racism: Due Process for Henry Liu."

As the Skanner News first reported on the case ('Henry Liu: Arrested, Locked in a Mental Ward, Discredited – On the Word of One Accuser') Liu said he was waiting to find out if police would be knocking on his door to take him into custody; they never did but Liu was also never notified that no charges were filed. He just had to wait it out.

Liu says he is haunted by what happened to him, and has now lost some 40 pounds; friends of his, interviewed by The Skanner News last year, said while Liu was in the psych ward he had no idea whether he would ever be let out – in part because he was told his stay there would be for a 72-hour observation.

Early this summer, the unnamed accuser – who advertised her services online as an "angelic healer" who believes in the power of "the violet ray" and the Croatian gaze healer Braco -- failed to appear in small claims court after Liu filed suit against her for filing a fake police report, defamation and invasion of privacy.

The unnamed accuser lost the case and a $10,000 lien was placed against her home – yet a few days after completely ignoring the court summons for the civil case and losing it, the unnamed accuser filed for bankruptcy, which would allow her to avoid paying the judgment against Liu.

The "timely warning" issued by PSU after it had Liu arrested is still on the PSU website even now.

And Liu provided The Skanner News with the recent copy of his Portland State transcript, which he ordered in preparation for the arduous job of reapplying for law schools.

Strangely, the transcript lists him as a student in good standing. It is dated Aug. 6, 2013.