By Helen Silvis of The Skanner News
Published: 24 May 2013 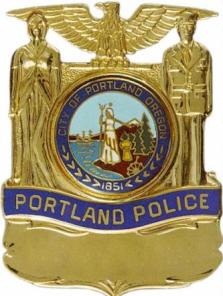 A dispute over a bill under debate in the Oregon Legislature has the City of Portland pitted against Democrats in Salem.

"Things would be a lot worse than they are now," said Dana Haynes the mayor's spokesperson.


What Does The Bill Say?

The bill changes the definition of a supervisory employee, in order to increase the number of public employees eligible to join a union. The rules would apply to all public employees, but just one clause that affects police, firefighters and emergency responders, set off alarms at city hall.

The clause says public employees who are not allowed to strike (police, firefighters and emergency responders) are not classified as supervisors unless they have, "the authority to impose economic discipline," on other employees.

"Under the City Charter only the mayor and city commissioners have the power to hire and fire employees," Kraut says. "They have the appointing authority. The police chief and the fire chief can recommend, but they do not have the authority to make the decision.

"So under this bill even our police and fire chiefs would not be considered supervisory employees."

A string of cases involving police use of force sparked public outrage after arbitrators overruled city firings and discipline. Arbitrators overturned disciplinary suspensions over the death in custody of James Chasse, for example, and reinstated Officer Ron Frashour who was fired after he shot Aaron Campbell.

But Sen. Chip Shields, chair of the Senate committee currently considering the bill, says it simply restores rights to public employees who were shut out of unions in the 1990s.

"Republicans rammed through a dramatic change, taking lower-level supervisors – people who are really lead workers – out of bargaining units, in the 1990s with SB 750," Shields told The Skanner in an email.   "Allowing people who are essentially lead workers back into the union is good for their families and reasonable public policy.

"The sky is falling" hyperbole doesn't hold up under even the most elementary level of scrutiny. And the city's credibility is plummeting around here because of it.  The claim that this bill will require everyone, including police and fire chiefs, to be in the union is beyond absurd."

And Rep. Greg Matthews of Gresham, who introduced the bill, says the legislation is needed to give vital union protections to more public employees. And he says he is stunned by the City of Portland's opposition to the bill.

"They're not offering any amendments, they're not working with the bill sponsors to fix what they think is wrong with the bill," he said. "We've had nothing but opposition. They just want this thing over and done and not passed."

Mayor Hales, however,  says his efforts to work with legislators have fallen on deaf ears.

"Our staff has met regularly with legislators in Salem over this to express the city's concerns," he says. "The city is willing to work with the Legislature to address these issues.

"My primary goal is to reform the culture at the Portland Police Bureau. I have expressed this to the senator. My staff has expressed this to him, and to other senators. This is our primary concern here. The city's attorneys believe HB 2418 will be a barrier to police reform. The senators seem to think 2418 will fix a problem, but they have trouble articulating what that problem is. So I have to ask: What's the greater good?"

Currently the mayor is making a case before the state Employee Relations Board, saying the Police Commanders' Association should be decertified because it is inappropriate for managers to be in a union. More than 51 police managers belong to the commanders union.

Hales says the bill will leave his case dead in the water.

"HB 2418 drastically narrows the definition of supervisor to allow unions to petition to include the upper level management in the police and fire departments in their membership," Hales says. "It essentially dissolves the distinction between officers and managers. At a time when the city is working hard to reform the Police Bureau and the bureau's relations with the community, the timing couldn't be worse."


Impact of Bill is Disputed

Rep. Matthews says police and fire chiefs, as well as deputy chiefs and other managers, would be exempt from joining unions.  He considers many senior staff members have a hand in job transfers, reviews, suspensions, assignments and other activities that impact employee pay.

He also said he thinks the city's opposition is rooted in the financial costs of paying overtime to union employees, and other contractual obligations. Non-union employees are expected to work any hours their bosses demand and with fewer protections.

Asked how governments can fire police officers who have lost public trust or proved themselves unfit to serve, Matthews said decisions should be made based on how well officers followed correct procedures.  Officers shouldn't be fired as a political response to a public outcry.

He offered the example of two Oregon State Police Officers, one a union member, the other a Lieutenant, not eligible for the union. Imagine they were in a life-threatening situation and followed every procedure by the book, he said.

If deadly force was used and there was a public outcry, one officer would have union protections; the other might be fired simply because a public swayed by emotion demanded it.

The Oregonian's editorial board, however, points out that Portland City employees who don't belong to a union do have the right to appeal to city's Civil Service Board.