By Helen Silvis of The Skanner News
Published: 30 January 2013 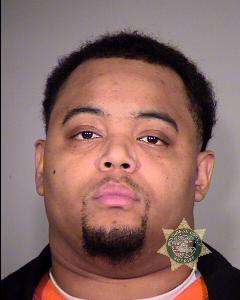 Police arrested Ryan Presley, 30, after passers by reported seeing a man in a car with an Uzi, which he then put under his jacket and went into a barber shop at 1222 N.E. Alberta Street.

Scared that an armed robbery was about to go down, witnesses called police.

After watching Presley leave the barber shop, police arrested him. He told police he just wanted to show his gun to a friend. They charged him with two gun offenses.

But wait? Wasn't it just a couple of weeks ago that two men strolled through a Sellwood neighborhood brandishing assault weapons. And that was perfectly legal.

What's more Presley bought the gun legally and has no felony record. (Felons can't have firearms unless they petition to have their gun rights restored.)

So what laws did Presley allegedly break?

"Putting a gun under your jacket is illegal unless you have a concealed handgun permit. He bought the firearm legally, but once he concealed it, it became a crime."

That led to a charge of "Unlawful Possession of a Firearm."

The second problem was the gun.

"The type of barrel put on the gun makes the gun itself illegal, unless you have a federal permit for a short-barreled rifle," Simpson said.

That led to a charge of "Unlawful Possession of Certain Short-Barreled Firearms."

The moral of the story?

Make sure you know the gun laws before you start walking around with a gun, Simpson says.

"It does highlight some of the confusion around gun laws."

Presley was released the same day.