During the last five years New York state has closed 18 youth prisons. Some 900 young people incarcerated in those prisons were placed in home-based and home-like treatment programs, within their own communities. And under Gov. Cuomo's "Close to Home" initiative, most youth offenders will follow suit. 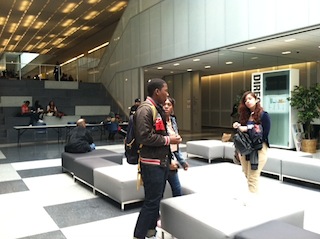 "Only the most dangerous young people who pose a risk to public safety should be in our juvenile justice system," says Commissioner Gladys Carrion, who leads the New York State Office of Children and Family Services. "The vast majority are not a risk to public safety and we had evidence that low-level interventions were more effective."

Carrion spoke at a symposium, "Kids Behind Bars: Where's the Justice in America's Juvenile Justice System? Covering the Juvenile Justice Reform Debate in 2012."  This reporter, Helen Silvis, represented The Skanner News as one of 31 journalists who received fellowships to attend the symposium, at John Jay College's Center on Media Crime and Justice in New York City. 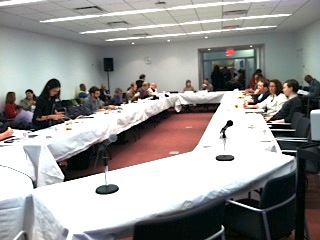 The journalists represented news outlets around the country, publications as varied as The Salt Lake Tribune, The New York Daily News, The New York Times, Witness LA, NPR, The Baltimore Sun, the Center for Public Integrity, the Juvenile Justice Information Exchange and the New England Center for Investigative Journalism. Each publication, including The Skanner News, will develop original work about children and youth in the justice system over the next year. 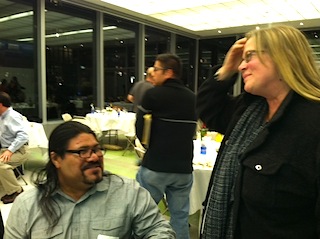 Carrion discussed the costs of incarceration and its consequences. Youth from the inner city were sent to upstate prisons hundreds of miles away from their families. And Department of Justice investigations into the state's prisons found widespread abuse of incarcerated youth.

"It now costs $260,000 a year to keep a young person incarcerated in the state of New York– with terrible outcomes," she said. "So we are working closely with communities to create programs that serve the needs of young people."

The Oregonian has just published an exposé of years of sexual abuse of inmates at Coffee Creek Correctional Facility.  Coffee Creek is an adult prison, but youth also were processed through the prison.  The Partnership for Safety and Justice, a nonprofit advocacy group has urged youth who went to Coffee Creek to speak out about their experiences.

Carrion said her greatest challenge was opposition from public service unions, because the initiative cut 1000 jobs in the communities where youth prisons were sited. To overcome the objections of special interest groups, the state found ways to convert the former prisons to new uses. 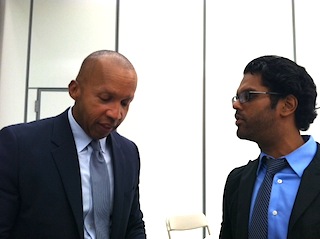 Experts who spoke touched on several national issues that The Skanner News has covered locally, such as: community efforts to prevent youth violence, the "schools to prison pipeline," and restorative justice initiatives.

This year, Oregon's Commission on Public Safety will be continuing to look at how to reduce costs in the state's $1.4 billion corrections budget. Reform groups, such as the Partnership for Safety and Justice, say now is a good time to examine youth justice policy. Violent crime has dropped, yet the last decade has seen Oregon jails hold record numbers of inmates. And while numbers of prisoners have doubled, costs have tripled.

As readers of The Skanner News will know, African American, Latino and Native American youth are overrepresented at every stage of our justice system. That's true nationally and it's also true in Oregon.

Multnomah County is known nationally as a place of progressive policies – for example, keeping youth offenders in youth facilities until they are 25 years old. However, 25 of Oregon's 36 counties send youth to adult jails along with those arrested after age 18.

Oregon teens charged under Measure 11 must be tried and sentenced as adults if they are 15 or older. Last year, for example, a Hillsboro teen who committed a murder at age 13, was sentenced as an adult to 30 years to life with no possibility of parole before 30 years. Notably too, this summer the United States Supreme Court will rule on whether sentencing teens to life with no possibility of parole constitutes cruel and unusual punishment.

PICS (from top): Bryan Stevenson of the Equal Justice Initiative speaking in this video at TED Talks, spoke to fellows about his advocacy for youth in prison. Students at John Jay College; the symposium was held around a table to allow for discussion; Manuel Criolla (l), with Susan Ferris of the Center for Public Integrity, spoke about re-entry programs for youth; Bryan Stevenson with Vishal Persaud, a reporter based in Florida.