By Helen Silvis of The Skanner News
Published: 29 December 2011

A report on sentencing in Oregon's criminal justice system was delivered to Gov. Kitzhaber Dec. 29. The Commission on Public Safety started work last August, charged with looking at how to streamline the state's $1.4 billion corrections budget without hurting public safety. The report recommends that the commission continue its work through 2012. It also recommends changes that could mean shorter sentences for some.

Experts who spoke Dec. 9 at a Multnomah County conference on children and teens in the criminal justice system, argued for a complete policy rethink.

We need to take a more holistic approach," said Judge Patricia Martin. "What if we thought of juvenile court like an emergency triage."

Under Measure 11, Oregon teens who commit serious crimes are charged and sentenced as adults. And DA's around the state have used their powers under Measure 11 to lengthen youth sentences. Currently more than one in 10 of those charged with Measure 11 crimes, and one in five of those charged with Robbery II are teens, resulting in 100 – 200 more imprisoned young people (aged 15- 23). But that approach found no support from Martin and other experts, who said harsh sentences do nothing to help troubled kids become responsible adults


One Family One Judge
Judge Martin said families should be assigned one judge who deals with every problem facing that family, whether the issue is neglect, abuse or delinquent behavior.

"Our judicial system is segregated. The problem is my families and kids don't come segregated."

Juvenile courts should be able to call on experts in mental health, education, drug treatment: whatever a family needs to deal with all of its problems, and legal issues in one place.

"And if we can have drug courts, why not mental health treatment courts?" she said.

A juvenile and family judge in Cook County, Ill., Martin is President of the National Council of Juvenile and Family Court Judges. She has seen thousands of kids and families go through the court system. Most of those young people would become productive citizens with the right help, she says, but the justice system sets them up to fail.

"We shouldn't leave them with convictions," said Judge Patricia Martin. "Why haven't we thought about automatic expungement for juveniles?

"Do you know how many kids in child protection can't get a job because they have a conviction?" 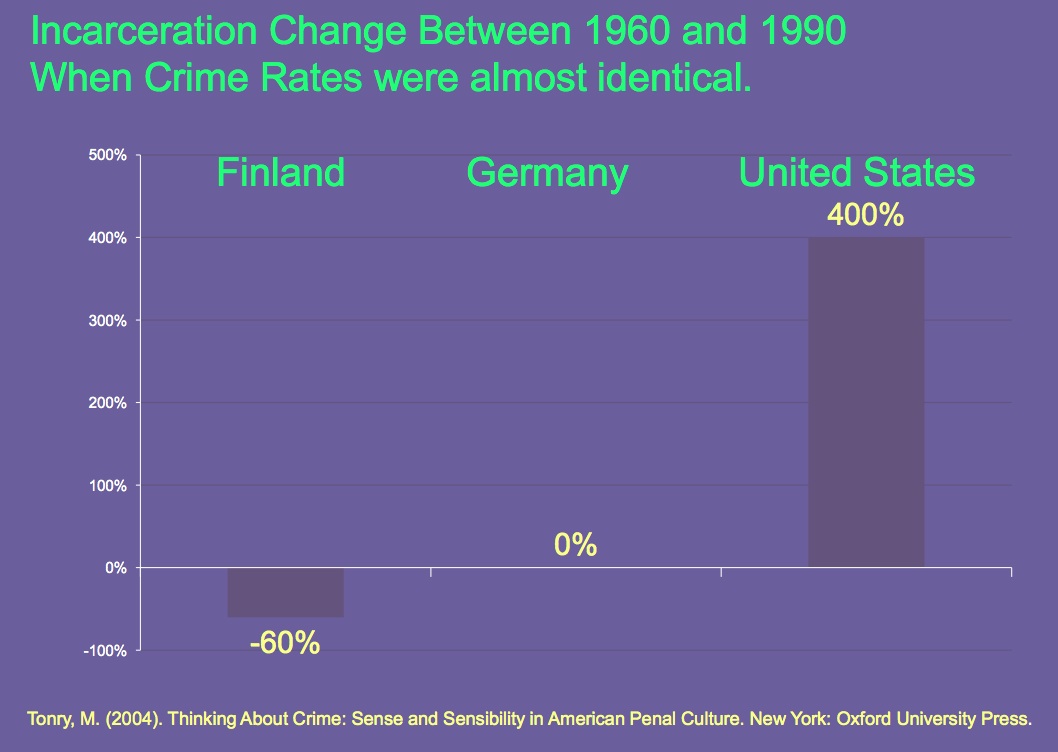 A staggering one in three Americans have been arrested by the time they are 25,  a new federal study reported this month. The crimes? Most common are arson, disorderly behavior, vandalism, burglary and theft.

Researchers said the figures may reflect a criminal justice system that has become increasingly inflexible and focused on punishment to the detriment of prevention.

International studies show the United States jails more people than any other Western democracy: 714 for every 100,000 people, compared to 96 for Germany, 91 for France and 142 for Britain which has the highest rate in Europe.

At the Dec. 9 conference, Judge Martin condemned what she called "fake" crimes. A boy in a state institution took a candy bar from the storeroom, she said, and was charged with trespassing on state property and robbery. Consequences? Yes, she said. Criminal charges? No.

"It just doesn't make sense. We have to be smarter about how we help kids and families."

Safety and Joy Can Prevent Crime

Jonathan Cloud, a delinquency prevention specialist, said brain development research should guide policy. Children are hardwired to mirror the adults around them, and the experiences they have, he said. Comfort and safety are essential and so are joy and pleasure.

"The best things you all can do, is construct experiences that turn the brain on and help kids understand what they can do."

Cloud said that young people from their teens to mid-20s are hardwired to take risks, challenge authority and seek excitement. Breaking rules and making mistakes have to be understood as efforts to find their own unique path in life.

"The kids you're working with don't have a lot of positive "files" to draw from: The guy down the street who beats people up; the drug dealer on the corner; whatever is on late night TV. A kid in domestic violence will have the neuro track for aggression locked in.

"I want to load his file cabinet up with tons and tons of possible files to draw from, so that when he gets to 14 or 15 he has a lot of successful experiences to draw from.

"You can punish and contain all you want, but it adds nothing to the file system." 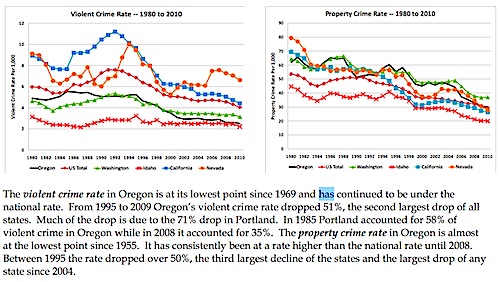 Hill Walker, a researcher from the University of Oregon, called for more investment in prevention. Children with problems can be identified very early, he said. The research shows that when families get support from pre-kindergarten through 3rd grade, children don't turn to crime.

"We wait and wait and wait to identify these children, while in meantime they are experiencing school failure and all kinds of chaos," Walker said.

"If we could implement well half of what we know, we could radically improve the lives of students."

The Commission on Public Safety weighed the costs of Measure 11 and other sentencing guidelines as well as its impact on young offenders, adult offenders and crime victims.