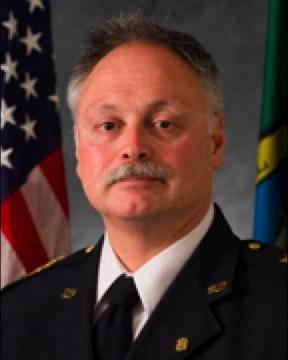 SEATTLE (AP) -- Inadequate supervision and training have led Seattle police officers to grab weapons such as batons and flashlights too quickly and to escalate confrontations even when arresting people for minor offenses, the U.S. Justice Department said Friday.

The department launched an investigation last spring following the fatal shooting of a homeless Native American woodcarver and other reported uses of force against minority suspects. The probe was aimed at determining whether Seattle police have a "pattern or practice" of violating civil rights or discriminatory policing, and if so, what they should do to improve.

Federal investigators determined Seattle police have engaged in excessive force that violated federal law and the Constitution. They did not find discriminatory policing, but the report acknowledged that many community members believe the department does show bias.

"Our findings should serve as a foundation to reform the police department and to help restore the community's confidence in fair, just and effective law enforcement. The problems within SPD have been present for many years and will take time to fix," said Thomas E. Perez, assistant attorney general for the civil rights division.

The Department of Justice is currently conducting 20 investigations of police department across the country and the use of force is a prominent issue in most of them, Perez said.

He was optimistic about Seattle's chances of improving, based on his experience in other cities. He mentioned Los Angeles as an example of a city that had much worse policing problems than Seattle 12 years ago and has since been transformed.

In interviews and a department-wide email, Seattle Police Chief John Diaz, pictured above, disputed the findings of the Justice Department report.

"I want to make this clear," Diaz said during an interview with The Seattle Times. "The department is not broken."

Seattle Mayor Mike McGinn said the police department has already started making reforms in response to the issues raised in the report. The public is concerned about use of force and possible bias in the police force, McGinn acknowledged, adding that the police chief and his officers take those concerns very seriously.

"We will be looking closely at the specifics the Department of Justice has raised and how we can have the best possible police force," he said

The American Civil Liberties Union of Washington and 34 other community groups called for the inquiry after a Seattle officer shot and killed the woodcarver, John T. Williams, in 2010.

Video from Officer Ian Birk's patrol car showed Williams crossing the street holding a piece of wood and a small knife, and Birk exiting the vehicle to pursue him. Off camera, Birk quickly shouted three times for Williams to drop the knife, then fired five shots. The knife was found folded at the scene, but Birk later maintained Williams had threatened him.

Birk resigned from the force but was not charged. A review board found the shooting unjustified.

A man holding a "Justice for John T. Williams" sign at Friday's news conference said he was mildly encouraged by the Justice Department's findings.

"There are certain things a lot of us have known for years, especially minorities," said Nicholas Polimenakos, who added he has been a concerned citizen of Seattle since 1983. He and another sign holder also identified themselves as members of the Occupy Seattle movement.

The ACLU of Washington called the Justice Department report a good start.

"Now the long-term effort to bring about the needed change in systems, culture, training and leadership begins," said Kathleen Taylor, ACLU of Washington executive director, in a written statement.

Other incidents captured on surveillance or police-cruiser video include officers using an anti-Mexican epithet and stomping on a prone Latino man who was mistakenly thought to be a robbery suspect; an officer kicking a non-resisting black youth in a convenience store; and officers tackling and kicking a black man who showed up in a police evidence room to pick up belongings after he was mistakenly released from jail.

- The trend of escalation toward force is most pronounced in encounters with persons with mental illnesses or those under the influence of alcohol or drugs.

- When officers use batons, 57 percent of the time it is either unnecessary or excessive.

- About 61 percent of the cases of excessive force involved more than one officer confronting a single person.

- The police department has no effective supervisory techniques to better analyze why these officers use force more than other officers, whether their uses of force are necessary, or whether any of these officers would benefit from additional use of force training.

- The public developed its belief that the department engages in discriminatory policy through their own negative experiences, well-publicized videos of force being used against people of color, incidents of overt discrimination, and concerns that the pattern of excessive force disproportionately affects minorities.

"The solution to the problems identified within the Seattle Police Department will require strong and consistent leadership along the chain of command, effective training and policies, and vigilant oversight," said Jenny A. Durkan, U.S. Attorney for the Western District of Washington, who joined Perez for Friday's announcement.

The issue is not whether officers use force, but whether they use it correctly and only when needed, she said. Supervision and training are the real problems, she said, adding that Seattle police have already taken measures to make improvements in these areas.

The key is oversight, Durkan said. For example, about 1,200 reports were filed after force was used by an officer in 2010, but only five were sent back by a supervisor asking for more information.

City Councilman Tim Burgess, head of the Public Safety Committee and a former police officer, said in a statement the findings "confirm what many, including myself, have believed for some time - our police department can do better."

"Over the past 20 years or so, we have gone through repeated evaluations of police accountability," he said. "Yet, every few years, the same issues resurface."

Sgt. Rich O'Neill, the police union president, said in a statement he hoped federal investigators would let the department study the data that led to the critical report.

"Officers are often put in very difficult and dangerous situations, and all they want are clear and specific ground rules to guide them when making use-of-force decisions," he said.