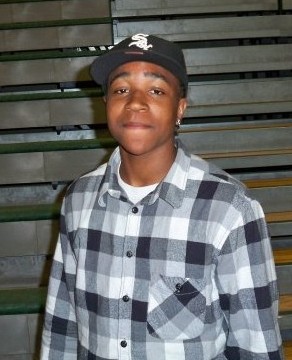 A teenager hospitalized in the Oregon Health and Sciences University cardiac intensive care unit last year while suffering a mental health crisis in Multnomah County Sheriffs custody, has suffered another mental breakdown during plea bargaining on Measure 11 charges against him.

Kyeron Fair, 18, was taken by his family to Providence Behavioral Health in Portland Tuesday and admitted for treatment.

Fair's court-appointed attorney, Gary Bertoni, had been negotiating with the Multnomah County District Attorney's office, discussing a possible plea deal. The attorney was pushing for an 8-month jail sentence on charges that Fair was present during the armed robbery of an alleged pot dealer, Fair's mother told The Skanner News.

In his original Measure 11 charges, Fair was not suspected of holding a gun or driving a getaway car, but rather accompanying others who did, documents in an Oregon State Internal Excessive Force Investigation into his injuries show.

Fair's arrest and subsequent physical and mental health problems caused him to miss what would have been his senior year at Parkrose High School. Since his release on bail last February, Fair -- who has no prior legal record -- has followed through with counseling, parole hearings, court dates and drug tests, in addition to enrolling at Grant High School for Fall, 2011.

Throughout, he has maintained that he did not participate in the alleged robbery, and that he could not remember exactly how he ended up in the ICU. Now, his mother says, he is beginning to remember being hit in the chest by uniformed individuals while belted down to a restraint chair.

"The pressure of these plea negotiations was just too much," his mother, Kelli Jarrell, told The Skanner News. "Eight months? For what? He never hurt anybody. They are nickel-and-diming him.

"Now he doesn't know what day it is, you wouldn't recognize him if you saw him," Jarrell said.

She added that it appears the county will not pay any of the cost of Fair's medical treatment for his injuries incurred at the hands of deputies while he was in custody, and that she is being held responsible for them.

Multnomah County Chief Deputy District Attorney Norm Frink Wednesday stressed that Fair had not been "beaten by jailers," and that the Multnomah County investigation into the incident showed that staff did not act inappropriately.

"A criminal investigation was done regarding whether this man was, quote, beaten by jailers, and it was found that there was no wrongdoing in this case.

"Before you go around saying he was 'beaten by jailers,' you may want to look at that," Frink said.

He added that it is too early in the case to determine how Fair's mental state will play out in criminal proceedings.

"I cannot comment on his case specifically but as a general proposition, psychological issues can play out in a number of ways.

"Not commenting on a specific case, those issues may lead us to determine that prosecution is not appropriate, it might be appropriate for mental health court," he said.

Oddly, county staff have at least twice told other media that no state report exists, including at least one weekly newspaper that filed a Freedom of Information Act request earlier this year.

Oregon State Rep. Lew Frederick and Sen. Chip Shields, as well as staff members for Rep. Mike Dembrow and U.S. Rep Earl Blumenauer, spent weeks last year trying to determine how Fair was injured, when he was injured, and by whom.

Records contained within the more than 1,000-page state police investigation show that Fair was Tazed by Multnomah County Sheriffs Deps. Mindy De Armond and Gordon Glasser simultaneously (Glasser reported he used two cycles), as they forced him out of his isolation cell to transport him from the Multnomah County Detention Center to OHSU on Sept. 18, 2010.

Documents show Fair was carried out of the juvenile jail by half a dozen staff members, his wrists and ankles shackled, then dumped out onto the pavement outside the facility. After some struggle by the teenager, followed by curses and threats by MCDC Deputy Tim Barker, Fair was picked up off the pavement and alternately dragged, dropped, punched in the legs and pushed into the back of a transport van.

OHSU officials soon released him, charging that he was "faking" his mental illness and that his physical symptoms were not significant. However, blood tests by a jailhouse nurse in the days following showed an increasing infection somewhere in his body, and he was readmitted.

OHSU staff then found extensive air pockets in his head and chest, which have caused confusion for officials trying to figure out what happened.

The jail nurse who examined him from Sept. 20-23, 2010, repeatedly stated that it could not have been caused by Tazing, but probably resulted from blunt force trauma to the chest, according to the state report.

The air pockets were the direct reason he stayed in the ICU for so many days -- a stay that led to a systemic infection caused by a catheter that went unchanged "for too long," the MCDC nurse told investigators.

State investigators asked the MCDC nurse about the possible causes of the elevated infection levels and the air in the chest cavity. She said "…it was probably not caused by being Tazed, but could be caused by falling and hitting something or could be caused by the use of force during his custody," the report says.

But the nurse went further in her testimony to state investigators.

"She said with information she heard about Fair, 'slamming into the wall,' this could have caused the air," the state report says. "She said she wasn't sure who she heard say that Fair was slamming himself into the wall."

The report continues, "She said that Fair did not appear medically injured when he left to OHSU on the second visit and said she was surprised there was air in his chest cavity."

The state report shows the incident was reviewed in Hazardous Incident Reports; four certificates confirming a 'justified' ruling are contained in the state document collection, including for Dets. Barker and DeArmond. No such certificate is included for Glasser.

Fair was eventually moved from the intensive care unit to Trillium Farm, a secure children's mental health facility. There he received treatment for several weeks, during which his family was allowed to visit and his condition improved.

Then Multnomah County deputies took him back into custody at the treatment facility in late January of this year, lodging him in the same facility in which he was apparently injured while in custody.