NIKE and Self Enhancement Inc. Bring Out Students Creative Side

By Helen Silvis of The Skanner News
Published: 09 June 2011 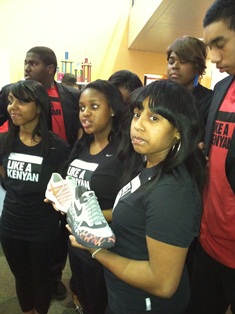 Three teams of students competed in the NIKE Product Creation Experience at Self Enhancement Inc., June 9. The students, from Portland high schools, worked for six months with mentors from NIKE and SEI, to develop shoes, clothing, branding and a marketing strategy for their product lines. Each team focused on a different sport, represented by an Olympics 2012 team or athlete. NIKE was the first corporation to sponsor SEI, and many executives and mentors were present to cheer their students on. The product design project has been going for four years now.  This year students came from Grant, Benson, Jefferson, Madison, De La Salle North and Evergreen high schools. 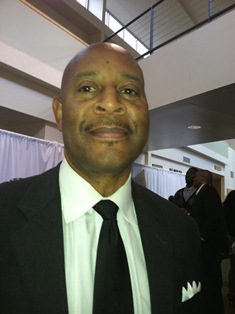 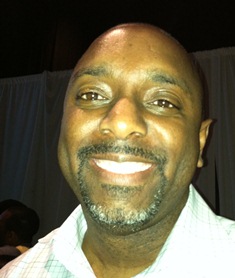 The product creation experience is just one of the ways that NIKE supports the work of Self Enhancement Inc.
"This partnership with NIKE has been so great for us," said Tony Hopson,(right) CEO of the youth and education nonprofit. They make it possible to do so much creative work with our kids."
The results show how caring mentors and adults can make a huge difference in childrens lives. SEI students have a 98 percent graduation rate, compared to 51 percent for Black students citywide.
Sam Ashby, who was an original founder and mentor of the NIKE Product Creation Experience, came to the event from China, where he now works as Lean Program Director for Converse. His wife, Cyreena Boston Ashby also came along to see old friends like Maya Allen, graduating this year from Grant High School. 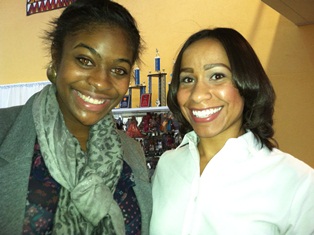 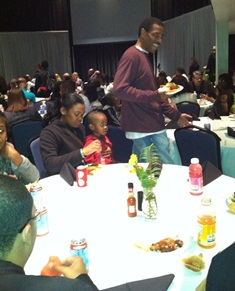 Each team presented a project to the judges and an audience of their families, SEI staff, guests, NIKE mentors and executives. The projects all looked forward to the London Olympics in 2012, and the head of NIKE's Olympics 2012 team was among the judges. Every student contributed, each showing remarkable confidence, knowledge and creativity. Each team made a commercial for their product line, as well as showing slides illustrating their designs and their brands. The passion students obviously felt for their athletes and their products made all of the presentations compelling. 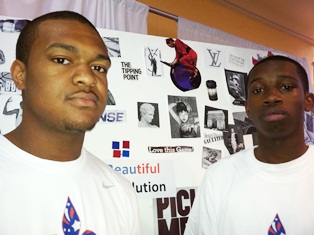 The basketball team went first. They created the Beautiful Revolution line with the French team and standout point guard Tony Parker in mind. They learned about France and about Parker's struggles for greatness, as well as about the rising popularity of basketball in France and the hunger for that Gold Medal. 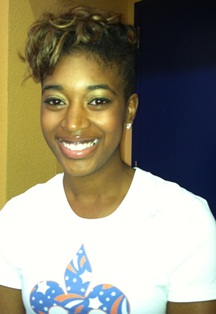 For their logo they chose the fleur de lis symbol, a design that represents a lily and has long been linked to French royalty. The French flag is red white and blue so they used those colors in their designs as well as plenty of gold. They focused on creating lightweight, cushioned, modern, sleek designs. Most of the products were more moderately priced. But the basketball team also aimed for high-end customers with their Gold Medal shoe package, that included a black, red and gold shoe and a gold limited edition box. They took a big risk pricing it at $500. 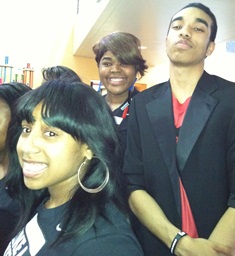 The Hamasa team presented second, using music and a dramatic style that got their point across. They chose the slogan "Run Like a Kenyan' to mean doing anything with your whole heart and a big smile. Hamasa is Swahili for motivation and determination, qualities embodied by national hero Kip Keino. An Olympic gold medal winner in 1968, Keino inspires runners all over the world. Hamasa designed running shoes, shirts and a hoodie for the Kenyan running team and all runners everywhere. Hamasa had learned that in Kenya running is a way of life. Children sometimes walk or run 17 -24 miles to attend school. They decided to make an environmentally conscious shoe that also costs less to make. They wanted to keep the price low so Kenyans would not have to run barefoot. Profits from the shoe would go to a nonprofit organization helping Kenyans. Their strong designs used vibrant colors, lots of red, black and green, and a cheetah print. 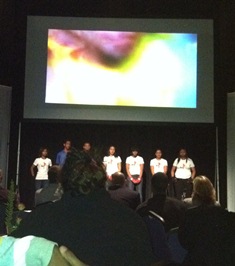 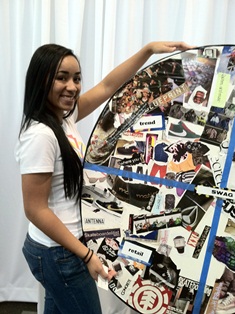 Team Ginto went third. They had worked on boxing clothing and boots, aimed at consumers who admire Filipino boxer Manny Pacquiao. And they came on stage punching air like boxers. Currently world Welterweight champion, Pacquiao is also a Filipino Congressman. Yet he started life so poor that he had to drop out of school. Team Ginto learned that poverty is almost the norm in the Philippines and agreed that Pacquiao embodies the qualities of hard-work, determination and achievement, needed to survive in harsh circumstances. Team Ginto designed a yellow, red and blue logo based on the Philippines flag. And they chose the slogan 'Unstoppable.'

Their boxing boot was white with a red details. Team Ginto's commercial was so strong that the judges gave it a special mention, and told the team that no matter who won the competition they would be involved in the development of NIKE Olympics 2012 boxing brand. 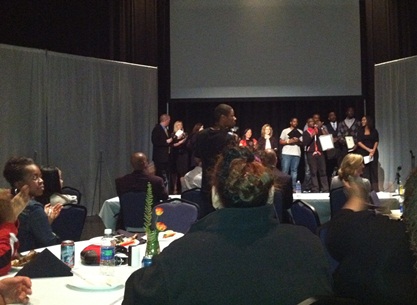 The Skanner asked Team Hamasa if they'd had a good time on the project. "Yes....Yes…Yes," said Terence Keller with feeling. 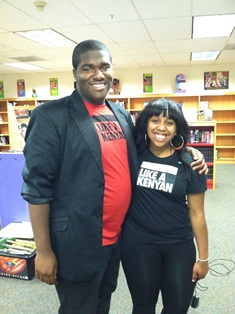 The judges had a difficult decision to make. All of the teams made strong presentations, and it was a close final. But after deliberating they chose Team Hamasa as the winners. Excitement and cheering filled the room, especially when the judges added that all three teams would receive the prize of a trip to Vancouver, Canada, where they will visit the Winter Olympics site. 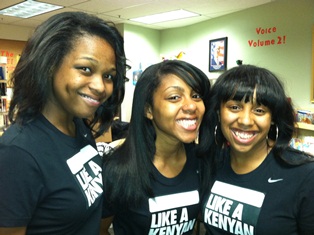 PHOTOS From Top: Team Hamasa shows off their shoes; Sam Ashby; Tony Hopson; Maya Allen(L) and Cyreena Boston Ashby; the audience was treated to a fresh and delicious  supper during the presentation; Floyd Spears and Ryan Robinson of the France basketball team with their consumer board;
Eryn Goodman, also of the basketball team wearing her fleur de lis tee-shirt; Team Hamasa; Nicole Dodier of Team Ginto explains one the two consumer boards they used in the design process; Team Ginto presenting (apologies for poor photo here); Mentors from NIKE get some love; Herman and Monterae after their team won  the challenge; Iyesha Rosser, Alexis Tanner and Monterae Hill after winning the challenge. Taken by Helen Silvis with The Skanner I-Phone