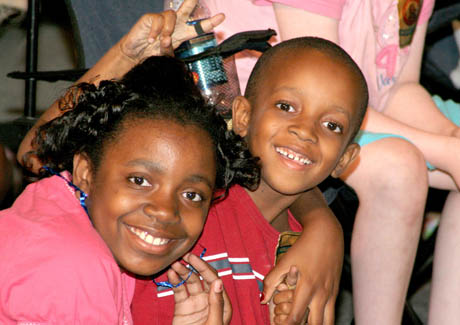 It's that time of year again. Rose Festival season. The time of year when people from across the Portland metro region descend into downtown and pray that it doesn't rain.

So far for this weekend's big Starlight Parade, the news is looking upbeat with meteorologists predicting sunny skies across the region. This will hopefully make it a lot easier for people to bike, bus or take the train into the city center for the festivities.

The festival is running all week, with the CityFair open from June 2 to 5 in Tom McCall Waterfront Park. On June 4, the KeyBank Starlight Run will kick off at 8 p.m. at Lincoln High School (ontherunevents.com/starlight). Thirty minutes later, the PGE/SOLV Starlight Parade will begin in Downtown Portland. The route will snake from the Park Blocks at Burnside, east to 4th Avenue, south to Salmon, west to Broadway, north to Stark, west to 10th Avenue, and south to Taylor, where the parade will disband at Lincoln High School.

As always, you are encouraged not to drive into the City Center and expect a parking spot. With the good weather prediction, it should be much easier to bike, bus or take a train to enjoy the festivities. Buses and trains will continue to run through Fifth and Sixth avenues throughout the weekend and during the parade.

Next week, on June 8, the Fred Meyer Junior Parade will begin at 1 p.m. on 51st at Sandy Boulevard in the Hollywood District. The parade features 30 area marching bands, Grand Marshal Scooby Doo, the bumbling cartoon dog detective. The parade will end at 40th Avenue and Sandy.

After the parade, make it downtown for the first day of Fleet Week, which runs until June 12.

Fleet Week features U.S. Coast Guard and U.S. Army Corps of Engineers, joined on June 9 by U.S. Navy and Canadian Maritime Forces ships. The ships – at the military's discretion – will be open for tours from 9 a.m. to 3:30 p.m on a first-come, first-served basis. Bags and weapons are not allowed on tours.

A number of different events are occurring the weekend of June 11 and 12, including, but not limited to, the "On This Day" mass wedding ceremony and reception at 5:30 p.m. at the Portland Convention Center; the Rose Festival Dragon Boat Races occurring 8 a.m. to 5 p.m. at Riverplace on the southern end of Tom McCall Park.

The Day of the African Child event will be held from 10 a.m. to 5 p.m. on June 18 at the South Park Blocks on Portland State University.

Later in the month, from June 24 to 26, the Good in the NeighborHood Multicultural Music and Food Festival will take place at King School Park, 4800 block of Northeast Sixth and Humboldt (goodintheneighborhood.org). The 19th annual event runs 6 to 10 p.m. on Friday; noon to 9:30 p.m. on Saturday; and noon to 7:30 p.m. on Sunday. The parade will start at 11 a.m. on Saturday at Dawson Park. In addition to food and goods vendors, live music will be provided by N'Touch on Friday; weekend performances include Patrick Lamb, Chata Addy, Ocean 503, Andy Stokes Band, Linda Hornbuckle & Ashley Minniweather and more.