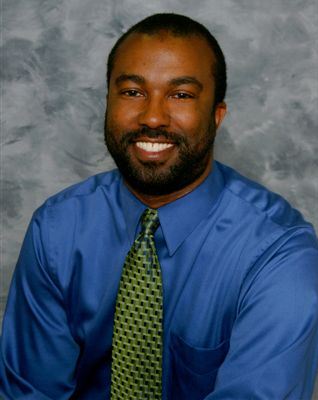 The Seattle Public Library board has named Marcellus Turner as its new City Librarian.  Turner, who comes to the job from Jefferson County library system in Colorado,  will manage a budget of $50 million and 640 employees in 26 branches. Originally from Mississippi, Turner earned his master's degree from the University of Tennessee. He has 20 years of experience in libraries including three years supervising the reference library in Tacoma. The Skanner News caught up with him this week in this phone interview.

What are your thoughts about coming to Seattle?
Professionally it is a wonderful opportunity to come and work for and with a group of staff and citizens and community who love libraries and the role that we play in the community. I think the city is right for what libraries do and I'm just excited to be in that environment. Personally I am really excited to be returning to the Northwest. I lived and worked there from 1997 to 200 I think and I just fell so in love with the Northwest. I don't mind the rain at least I didn't in the three years I lived there. It's a wonderful city and I'm fortunate to be part of such a successful library program. 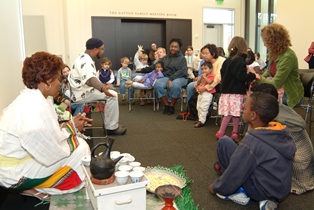 Have you plans for what you want to do?
One of the first things I want to do is get out and meet with the staff and visit the libraries. Being in the library field I've heard about the libraries but I've not visited all of them, so that will be one of the first things that I want to do. I also want to get to know the staff and get to know what they are interested in and what they are trying to do. Third, I'd like to understand the culture in Seattle. Every library system has its own culture which is a combination of how they feel about library programs and services. It's impacted by how the community feels about those same things and what they value. So I want to learn all of that. I'm also geographically challenged so trying to figure out how to get around to each of the libraries is going to take a little bit longer. 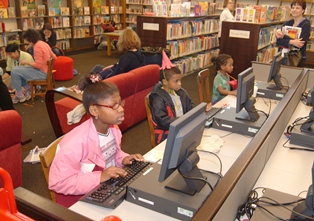 What are the major challenges facing libraries in general?
Libraries in general across the country are facing a couple of things: remaining relevant and of value, which is not going to be a hard one for the Seattle Public Library because it is such a valued library system. The second thing is funding, trying to find stable funding. And the third thing is trying to stay on top of technology and where it is taking us in the library field in general. 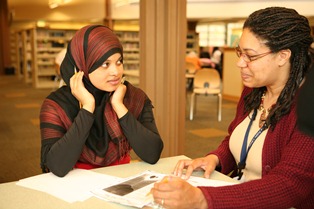 How is technology affecting libraries?
We are moving into an information age, where everything hinges on knowledge and information. Where technology comes into play is that information is now available at your fingertips and at your earlobes because it's coming at you through all of your mobile devices; it's mobile in itself because you can take that quest for information wherever you need to go. So those are the types of things that we are doing. And then everything is becoming information, from how to build something to directions to an event. All of that "is" information and people want it when they want it where they want it. 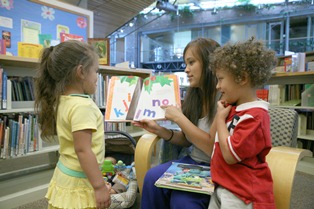 Do you see a challenge there, in that not everyone can afford these mobile devices?
Right and I think that's where the library plays a very crucial role which is providing access to information for those who do not have a means to get to information through a mobile device.
Fiction or Non-Fiction?
Both. Giraffe is fiction. Slow Love is a nonfiction. Actually it has a full title. 'Slow Love. How I lost my job, put on my pajamas & found happiness.' Push is fiction. And I just read a book about the editor of Parade magazine who lost his job and found happiness. So I'm not sure why I'm on that track but I think I like it because it's more about how they found happiness. 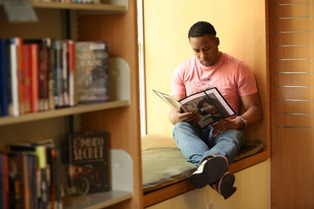 What would surprise people about what libraries are doing?
I don't know if people would be surprised at what we're doing or if it is more of an Aha.
Libraries are playing an important role in connecting the community through, for example, activities. That's something libraries have always done, but I think we are going to see a lot more of that. Libraries have an opportunity to partner with the community, to really be a partner through hosting events and offering our facilities so that neighborhoods can come together. 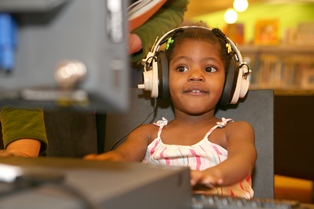 How can libraries help get kids reading?
We can keep them engaged and keep them involved. I think people have to recognize that whatever kids are reading is useful. Whether it is the back of a cereal carton or if it's a comic book , then that is going to be valuable for them. And then they will move on to reading other things.

In Portland, every year the library and the colleges choose a book that everyone can read together. Is there a book that you would recommend that everyone should read?
I'm laughing because in fact it was the Seattle Public Library that started the City Reads program. So it will be exciting to go into that. But you know there are just so many great books out there that I couldn't even begin to recommend one that everyone should read. My favorites tend to differ from others. But I find a lot of value and interest in what others suggest so I'm always happy to just hear what the book title is and then read it. 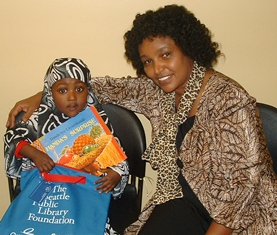 What are you reading at the moment?
I am reading a couple of things – and one's an audio book. I'm listening to Push, the book that the movie Precious was based on. And I'm reading 'Slow Love' by Dominique Browning. She was with a major publishing house and she lost her job. She was the publisher of Conde Nast's House and Garden magazine. So the book is about her experience. And I'm reading a third book called Giraffe. I've been reading it for a while, so I apologize. I love Giraffe – so that's the first thing. I thought it was going to be a bit more interesting that it was. It's about an experiment where Giraffe's were moved from one country to another to populate and bring Giraffes as a zoo item for a country. Somewhere in this it goes awry and I'm not sure what happens. I haven't made it that far yet. That's what I'm reading.
Anything else you want to let people know?
I'd like to send a warm 'hello' to Vailey Oehlke, (director of Multnomah County Libraries).And I'd like her to know that I'm very glad that I'll be in the same part of the country.

PHOTOS: Top: Marcellus Turner; all other photos courtesy of The Seattle Public Library.