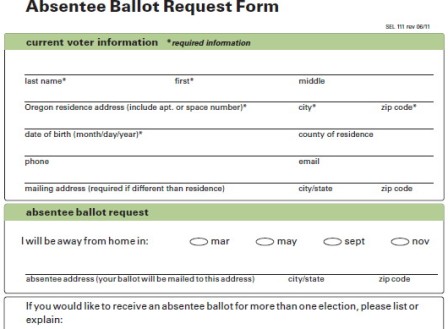 (CNN) -- Voters in California, Indiana and Oregon can take advantage of the Columbus Day holiday to cast their ballots Monday when the three states join ten other states that already have started early voting.

That's less than a week after the first presidential debate and 29 days ahead of Election Day.

Montana, New Mexico and Utah are the next round of states to begin early voting on Tuesday, followed by Illinois on Wednesday and Arizona on Thursday.


A trend that began in the Western United States, early voting has slowly spread east.

Before Election Day, up to 40 percent of voters nationwide will have already cast their ballots, according to Paul Gronke, a professor of political science who founded and runs the Early Voting Information Center at Reed College in Oregon. That's up from 22 percent of voters in 2004 and 34 percent in 2008.


When Oklahoma becomes the final state to allow early voting on November 2, it will represent the 36th state, along with the District of Columbia, to cast ballots before Election Day on November 6.

Of the nine "toss up" states listed on CNN's Electoral Map, all but two--Virginia and New Hampshire--allow for early in-person voting and all allow for absentee ballots prior to Election Day.