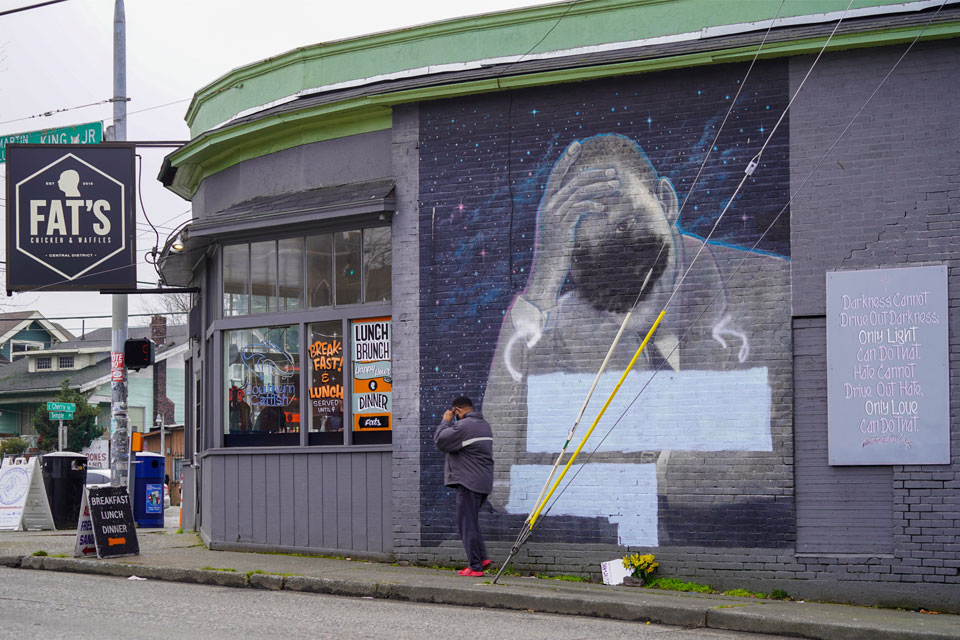 The iconic Dr. Martin Luther King Jr. mural that has been at the corner of MLK and Cherry in Seattle for more than 20 years was defaced sometime in the early morning of January 17, 2022, Martin Luther King, Jr. Day. 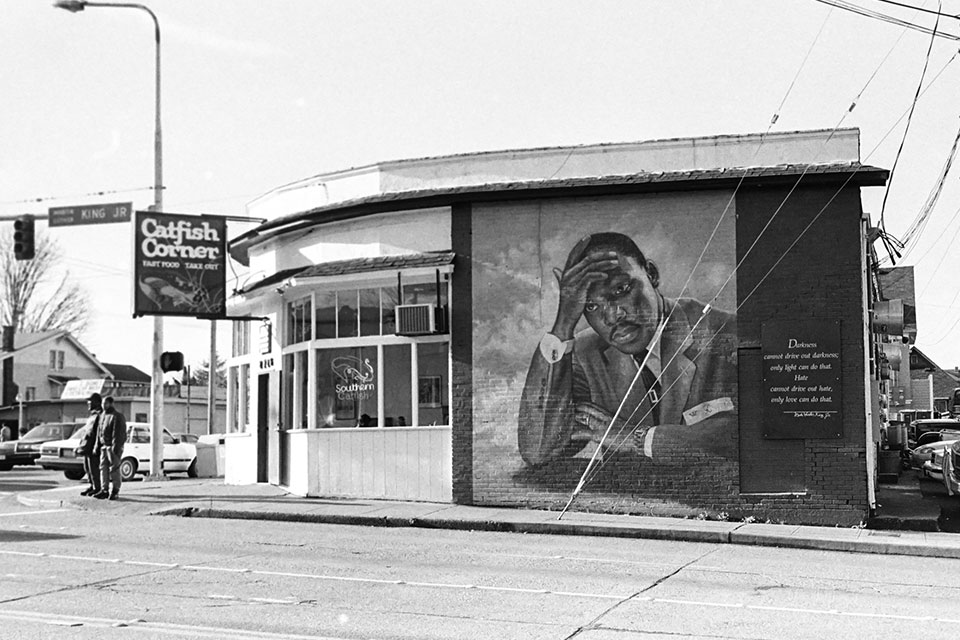 This photo taken in the late 1990’s is the original mural; top photo is after the damage was temporarily covered up awaiting repair. (Photo by Susan Fried)The mural which is on the wall outside of Fat’s Chicken & Waffles is loved by the community and the vandalism caused an outpouring, with Seattle Mayor Bruce Harrell, saying that Office of Arts and Culture would “help clean up damage to this mural”. According to the South Seattle Emerald, the original artist James Crespinel, has offered to help repair the mural.

A gofundme page to help pay for restoration of the mural is located at https://www.gofundme.com/f/mlk-mural-restoration.